Rossion Q1, a supercar with a South African twist 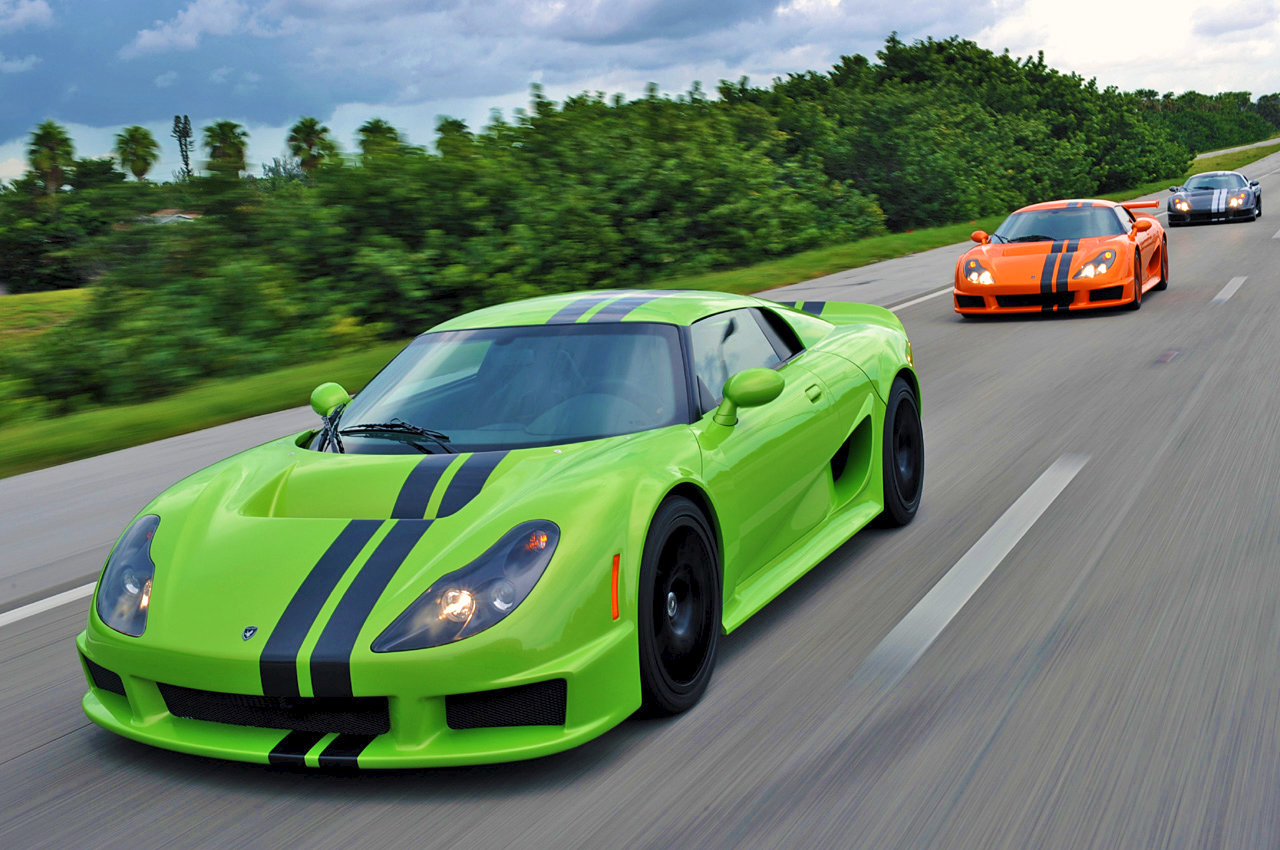 What exactly is a Rossion Q1? Well, unless you’re a serious fundi with a specific interest in American sports cars, you probably wouldn’t know that it’s a Ford-powered supercar built to exacting standards by Rossion Automotive in the US state of Florida.

But the plot thickens: the Rossion Q1 looks remarkably like a Noble M400, designed by Lee Noble and built right here, in South Africa. So where does the Q1 fit in?

The Rossion Q1 does indeed have its origins in the much-lauded Noble M400 – a spectacular car designed specifically for the track-day market.  The Noble was the brainchild of UK sports car guru Lee Noble, and manufactured at the world-class Hi-Tech Automotive production facility near Port Elizabeth.

As an aside, Hi-Tech currently produces what is arguably the world’s most authentic replica of the iconic Ford GT40, and has also been assigned the task of building the first 100 pre-production models of the upcoming, SA-designed Joule electric car.

But back to the Noble. When production of the M400 drew to a close more than four years ago, the intellectual rights to the car were sold to the US company that had previously distributed the Noble in North America. After a programme of intensive development, the car that emerged was the Rossion Q1.

According to SA-born Ian Grunes, now  president of Rossion Cars, the Noble was always a fine car, but required some fine-tuning, especially regarding airflow to the engine. He says engine bay temperatures were too high, compromising power output, and indicating the need for more efficient cooling.

The development process eventually resulted in more than 300 engineering changes, Grunes says, which addressed not only the cooling issue, but also entailed changes to the styling and aerodynamics.

Yes, the Rossion Q1 retains the basic silhouette and aesthetic character of the M400. But it looks cleaner, smarter, more chiselled than the original. And while its contemporary lines don’t break any new aesthetic ground, the Q1 is every inch a supercar.

Most of all, the two-door exudes an unmistakable sense of purpose that points to its performance potential. The execution is flawless, thanks to the exacting workmanship of Hi-Tech, which still produces the Rossion Q1 as a rolling chassis and exports these to the US. Proudly South African, in other words!

Under that sleek, composite bodywork, the mechanicals have remained pretty much intact, too. The Ford-sourced power unit still lives in a mid-mounted position directly behind the two-seater cockpit.

A closer look under the covers reveals a multitude of air intakes that have been cleverly integrated into the overall design, including a beautifully crafted, carbon fibre airbox. This has boosted airflow and improved cooling considerably, ensuring lower engine running temperatures and a commensurate improvement in power output.

The engine itself is a twin-turbocharged 3,0-litre Ford Duratec V6 rated at an eye-watering 336kW at 6 500rpm, linked to a torque peak of 529Nm at 5 000rpm. It drives the rear wheels via a Getrag six-speed manual gearbox. The two Garrett turbochargers are liquid-cooled to ensure reliability.

Our encounter with the Rossion Q1 is with an early right-hand drive example, only a few days after its completion in Port Elizabeth. Barely run in, it has been brought to the Kyalami Grand Prix Circuit for that very purpose. The historic track presents the perfect, controlled environment to get a taste of the car’s considerable potential.

The interior has been substantially upgraded from the original M400 specification, with the cockpit wrapped in lashings of leather and Alcantara. Heavily bolstered racing seats keep you firmly in place, while the small, thick-rimmed steering wheel frames simple, bright-rimmed instrument dials. A stubby gear lever is located high on the transmission tunnel, and delivers firm, positive shifts.

But such niceties are forgotten as soon as you hit the start button, eliciting an immediate mechanical wail of delight from directly behind you. Because of its relatively small capacity, the engine spins freely up to 7 000rpm, and, if anything, feels understressed in this application.

With only two wheels to cope with all that urge, it wouldn’t be difficult to smoke the Rossion off the line, but we’re heading Grunes’ plea to treat the car with kid gloves, as it’s destined to undergo homologation procedures and needs to be kept in representative nick.

Even so, it’s difficult not to give the Q1 stick. The V6 delivers sledgehammer shove from the word go, with absolutely no lag. Throttle response is switch-like instantaneous, too.

The first few corners serve as a hasty introduction. The Q1 feels taut and eager to please, like a boisterous puppy on its first outing. The steering is razor-sharp and almost too quick, demanding precise input and some mental recalibration, compared to more conventional modes of transport.

Even without trying too hard, it’s obvious that the Rossion is very quick indeed. With a power-to-weight ratio of 299kW a ton, that’s no surprise. Dashing from standstill to the benchmark 100kmh requires no more than 3,3 seconds, and top speed is 304km/h. A quarter-mile sprint takes only 11,3 seconds.

That puts the Q1 squarely in the supercar league, with the likes of the Audi R8 V10, Ferrari’s F430  and the Lamborghini Gallardo LP560 for company. More importantly, the car acts the part convincingly.

The chassis keeps up a constant and unambiguous dialogue with the driver, allowing an intuitive and undiluted driving experience. The damping is superb, ironing out most of the bumps and dips without compromising feedback, while the amount of mechanical grip is impressive, given the car’s rear-wheel drive configuration.

Push a little harder, and the rear starts stepping out, but with plenty of warning, so that controlling the impending oversteer requires little more than a twist of the wrists. The direct, accurate steering makes for wieldy, ultra-responsive handling.

Don’t ask us whether the sound system is effective – or what the audio system sounds like. We never noticed. The Rossion Q1 is all about a sheer, exhilarating, absorbing driving experience. And yes, it will be offered for sale locally, hopefully before the end of this year.

Grunes is currently negotiating local retail and back-up representation for the car and hopes to have a deal sewn up in the next few months. Final pricing will depend on several factors, including the exchange rate, but should be around R1.2 million before options.

Rossion wanted to create a benign supercar involving handling suitable for everyday use, yet sharp and responsive enough to ensure satisfying track day experiences – and in that it has succeeded admirably.

The result is an understated but hugely satisfying supercar. We’re still trying to wipe that silly grin of our faces.

NB. The Rossion Q1 features in this week’s episode of the RPM TV motoring show. Point your browser to www.rpmtv.co.za for transmission times.