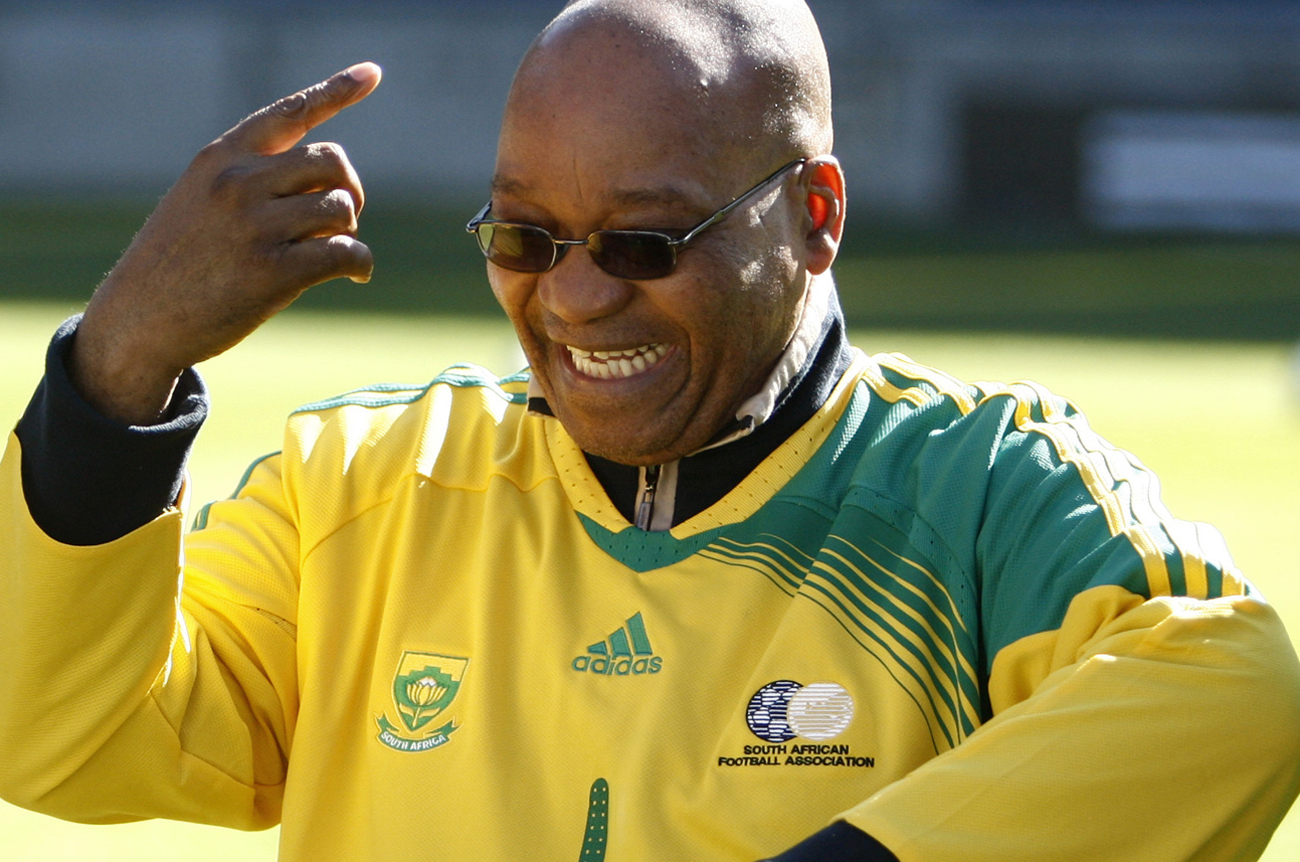 It’s a smart, smart move. President Jacob Zuma has a tough NEC meeting this weekend. And what better strategy than to go back to the people; have them show how much he’s loved, how politically strong he still is. Now, no matter what he has to say this weekend, he can turn around and say: “Hey, who’s the one with the number one hit political song?” And he will have the pictures and the media coverage to prove it.

Zuma appearing at the Bella Ombre Taxi Rank in Marabastad, outside Pretoria, was a slam dunk for his advisors. There’s no chance of anything really going wrong. Imagine getting off a train, going through the platform and out the ticket counter, to be met by a smiling man, in a Bafana shirt with a flag, just for you. Of course people are going to go mad, and they did. The biggest problem really, is security. And for once, the VIP Protection Unit was in a fairly good mood. They were flying the flag as well, dressed in the green and gold of the national football team. They looked almost completely opposite to the black-suited automatons who habitually enjoy a good shove.

This is retail politics at its wonderful best. It’s the African equivalent of US politicians kissing babies, the British visit to the Blackpool fair (where you can share an ice cream with your Chancellor of the Exchequer), and it works like a charm. The average South African, whether 100% Zulu boy or a GodZille follower, is not going to be rude to the President. They may disagree, privately holding forth about his family-planning difficulties around a braai, but they’re still going to bow their head slightly, and get their cellphone up there for a picture

Of course the media is slightly different. Zuma’s handlers arranged a quick two-minute press conference on a handy pair of steps. Once everyone was ready, he went for it (for about two minutes) explaining why they were promoting the World Cup, why handing out the flags were important, and basically doing his thang. But when yours truly tried a “Please Mr President, can you say something about Julius Malema”, the only response was the expected one. A laugh. A strangely hearty one for so early in the morning.

Zuma is brilliant at this kind of thing; it’s what he’s best at. Campaigning with his back supposedly up against the wall, with very few allies in sight, he is comfortable, easy going, ready to chat to the nut seller or the phone operator in a way that Thabo Mbeki was way too stiff to do, and Tokyo Sexwale is simply too rich to do well. Kgalema Motlanthe, I hear you say? He could do it well, but there’s perhaps a sense that Zuma really is one of the people that understands a taxi rank; perhaps Motlanthe is a bit too olde worlde.

But now onto the why. Why is Zuma doing this? It seems it won’t be the only time he’ll pop up in public over the coming days. He’s using the old trick that when you are getting stick from your party, and the media, you go back to the people. They gave you the mandate; they still love you, and who can argue with that. But it’s also more evidence that Zuma is a weaker president than he was at the start of this year. He wouldn’t need to be on the campaign trail (’cos that’s what this is) if he was so strong.

And the challenges are mounting up. In this NEC meeting he has to find a way to muzzle Malema, without being reported as doing so; tell Vavi to shut up; keep Blade Nzimande happy; give Barbara Hogan some tacit support; and get everyone to just keep quiet about 2012. And that’s without being seen too close to Jackson Mthembu.

And Zuma knows what happened to the last person who tried to keep a lid on leadership debates.

This is going to be a fascinating weekend politically. As it was manifested this morning, Zuma knows a thing or two about political momentum. He hasn’t had any for the last few months. This is how he regains it. Don’t write him off yet. He’s the comeback kid of South Africa politics… And one of its few true rock stars. This could be a comeback tour worth the price of admission.