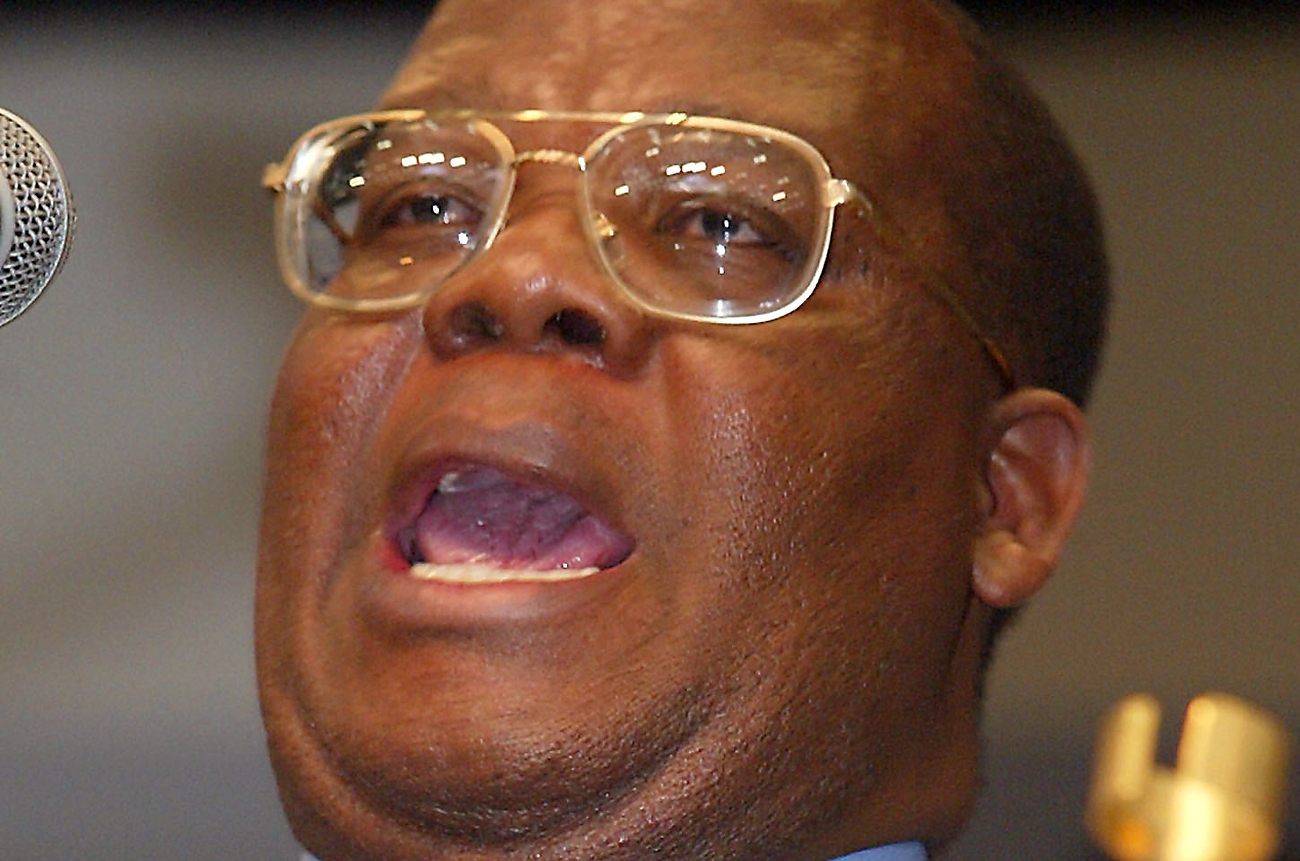 It may be called a “world-class African city”, but Johannesburg is quite publicly rushing in the opposite direction of late. And at the top of the rapidly-disintegrating structure sits the man who prefers decorum to action and is not responsible to anyone but his own political organisation.

This reporter had a flashback on Thursday at mayor Masondo’s press conference. It was horrid. It brought back memories of another age, when questions at a press conference were generally ignored, when the existence of the real issues was just denied, and when Rome was just left to burn.

It was Amos Masondo who brought these back. He’s the mayor of Joburg, the capital of Africa, the “world-class African city” with world-class potholes … you know the drill.??Masondo’s really a bit of a dinosaur. He’s probably the most powerful Mbekiite left to still hold the same office he held before Polokwane. He’s already said that he’s not running again, which means after next year’s local government elections, he’s out. And let’s be clear here. There is no way in hell that he would be back in. No chance. Nada, niks.

In 1999 Masondo was given the job of running the ANC’s election campaign by Mbeki. You may remember, it was the Mandela-handing-over-to-Mbeki election. The ANC won, predictably. And, as a reward, Masondo was given Joburg.

There are several things we should mention that are in Masondo’s favour. He inherited a bit of a mess. Municipalities had been shoved around and forced together like bits of Lego that didn’t quite fit. He had to deal with Sandton residents who wanted to know why their verges weren’t being cut any more, with Soweto communities who didn’t have roads at all. It’s the impossible South African problem. You have to keep the rich sweet because they’re pretty much paying the bills for everyone, and you have to take the money you’ve given and work miracles with it.

And by and large, Joburg is a better place than it was when he took over. So is most of the country, of course, but still. Driving through Soweto now is much easier than it was, there’s tar all over the place. But the roads haven’t been designed properly, it’s a bit of a rush job. Locals complain that water drains off the old roads (like Old Potch), but not the new ones, because no one put any gutters in.

Most kids have a safer time of it in most of the province’s townships than they used to. There are even fewer goats in the Alexandra Council offices than there used to be. ??But all of that would probably have happened anyway. There was so much economic momentum during the last boom, that it would have been impossible for some of it not to trickle down into most areas of Gauteng??.

And Masondo is not a complete wabenzi. He lives in Kensington, hardly a place known for housing the rich and “tenderpreneurial”. But he spoils his “middle-middle-class” image when he says things like “the pothole problem is made up” as he did earlier this year. It shows that he doesn’t drive around our city.

You may remember, this reporter toddled along to the annual general meeting of the City of Joburg’s Municipal Owned Entities. It sounds boring, but it wasn’t. After Masondo’s speech, Johannesburg Roads Agency chairman Khehle Shubane told the gathering that his agency didn’t have enough money for road resurfacing and that was why there were so many potholes.

Things escalated somewhat from there. There was much gleeful reporting on his speech after that, it’s not every day someone in a position of responsibility says something that everyone already knows. When asked on Thursday, in a briefing before his state of the city address (referred to as the “State of the Nation” by just about everyone in the room except him… they’re easily excited, the Masondoites), about the pothole situation in relation to Shubane’s statement, his answer was straight out of the Mbeki handbook called “How to Screw It Up With the Press and Lose at Polokwane”. “No, you see, the journalists were supposed to leave after the opening address, and we forgot to tell them, that was our mistake and we paid dearly for it”.

What a plonker. I mean, really, he didn’t even try to answer the question properly. Eventually he suggested that the JRA did have enough money. Which we all know is not true.??Masondo’s also a man who likes to talk in generalities for a while. Did we say a while? We mean, forever. He doesn’t like to be tied down to cold hard facts. We once saw him opening an event for then Gauteng Premier Mbhazima Shilowa. It was during the early 2000s, the Mbekiites were in full swing. Shilowa had packed the Sandton Convention Centre for a public meeting to take questions and discuss the state of the province. Protocol, one of Masondo’s favourite things, dictated that he speak before the premier. The event was due to last for two hours. Masondo spoke for about forty minutes. It was excruciating. He’s one of those guys to whom it matters more that everyone in the room is “recognised”, that form is followed, than actually getting things done.

A case in point. This reporter can faithfully report that the mayor’s rooms, the “mayor’s parlour” as it is called in the council’s headquarters at 158 Loveday Street, is more luxurious than the presidential floor at Luthuli House, the French foreign ministry building, the Gauteng premier’s office, much of the British foreign office, and perhaps on a par with the presidential guest house. And he doesn’t seem to see the irony in having press briefings there during service delivery protests.??And it’s not as if Masondo likes to take advice, paid or not. There was the well-headlined dalliance with Rudy Giuliani, a man who knows a thing or two about crime and big cities. He offered to help out, for a fee, of course. His company, Giuliani Partners, specialises in advising crime-ridden cities on how to address their problems. But as Giuliani’s spokesperson put it, “no formal offer was forthcoming”. In reality, no one from Masondo’s office bothered to return Giuliani’s phone calls.

Again, it’s like Mbeki all over again, spurning all offers of help, denying that there’s really a problem, and more than anything else, being just plain lazy and incompetent.

Politics and politicians have changed in South Africa since December 2007. Things are different now. People are more open, they answer questions, they understand the value of talking about the real issues. By and large, with a couple of notable exceptions, politics is now more about the things that matter. But this seems to have passed Masondo by. And until next year’s local government elections, all we’ll hear from the mayor’s parlour, is the sound of a violin.