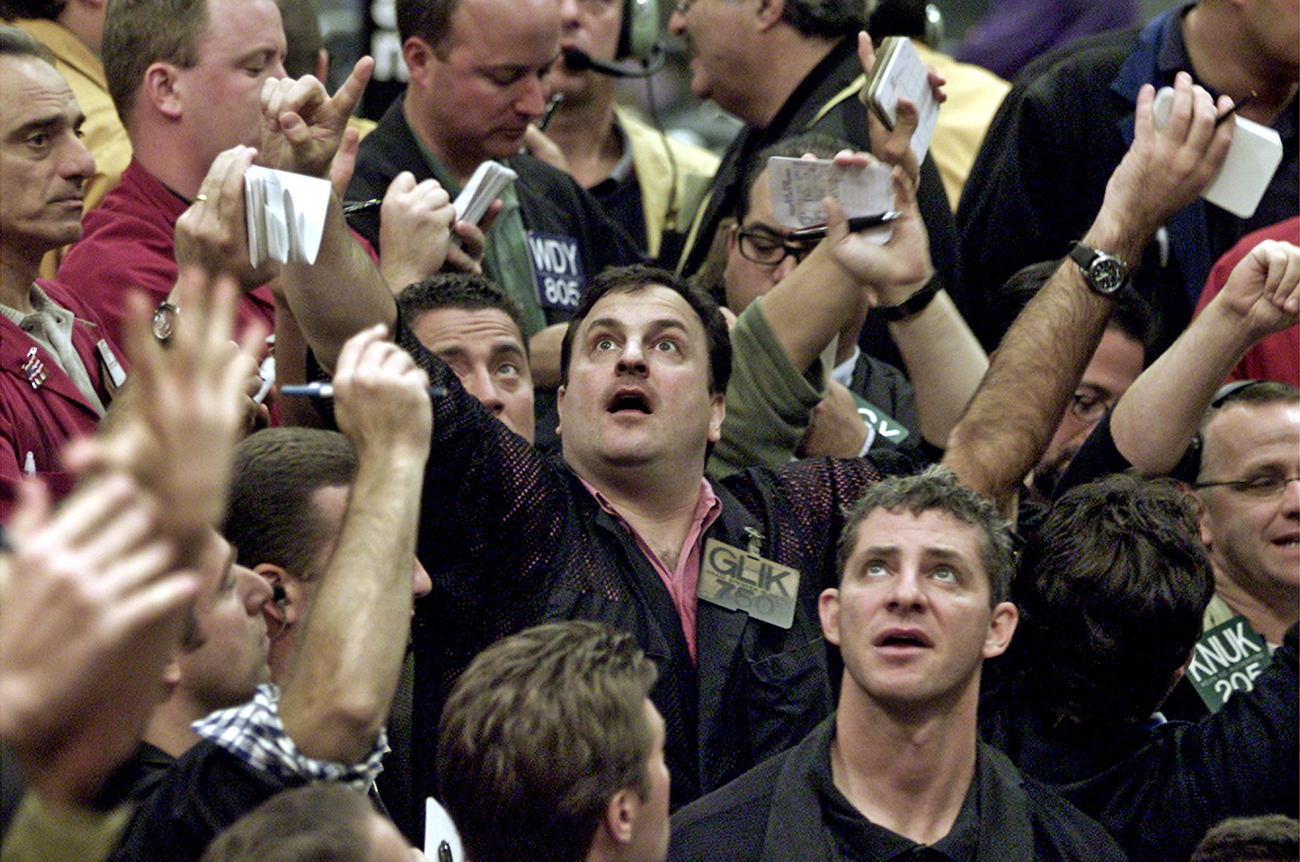 Wednesday is the 10th anniversary of Big Bull Day, the day when the Nasdaq hit the magic number of 5132.52. In hindsight we think about the day when madness peaked and ask our collective selves about our collective sanity back then. And yet, after surviving the great 2008 subprime panic, the memories of dot com feel positively quaint.

It was of great days of world history, when everything seemed right in Camelot and butterflies danced from flower to flower on that 10th of March, AD 2000. It was a sweet time when information technology, or IT as it had been newly dubbed, was destined to lead us into a newer, brighter future.

Oh, irrational exuberance, where are you when we need you?

The Nasdaq was the lead show pony of the dot com bubble, but the other markets were equally exuberant. The S&P 500 peaked the day before at 1401.69, a level it did not surpass until 2007 and then only briefly when it reached its record high of 1565.15. It was a time of innocence, and it’s true, a time of irrational exuberance – but, you know, in a good way. Venture capital was the happening side-sector, rather than private equity. The Nasdaq was the market in view, not the boring old Dow, dominated by dirty (spit) oil companies (spit).

The window to a new world opened, and in rushed fantasy, confusion and, it must be said, money; what a heady mix.

Young people finally had a stick to wave at their inept elders that didn’t involve having to dress badly, study obscure French and German philosophers and eat food that tasted of bird droppings. They could have it all; a future, a stock-market listing and an act of rebellion.

The phrase of the times was a famous Hunter S Thompson misquote:  “The IT business is a cruel and shallow money trench, a long plastic hallway where thieves and pimps run free, and good men die like dogs. There’s also a negative side.” Gonzo journalist Thompson used the phrase in reference to the music business, but actually it seemed more appropriate to the dot com revolution, where business logic sometimes became a little bit fuzzy.

The traditional notion of a company’s value being calculated as a ratio of its earnings compared to its market price went out the window in favour of a land-grab of massive proportions. That land-grab required being able to operate at a loss for as long as possible to gain something called “mind-share”, which those hopeless, aging fogies would describe in their muddled way as “market share”.

The “get big fast” notion of the dot com era and the priority of using the networking effect to grow market-share, sorry mind-share, explains the popularity of venture capital and the IPO (initial public offering), both critical, cash-raising mechanisms of the era.

It also resulted in the notion of “cash burn” – the rate at which the cash raised at listing or from the venture capital firm would disappear. The novelty of this valuation system meant that traditional metrics of measurement could happily be ignored and new companies could be worth – well, anything. And they were.

Our own Dimension Data, which only listed in 1987, moved its listing to the London Stock Exchange in 2000 and soon afterwards a share would cost R65 on Big Bull Day. It now trades at R10.95, a level it has not breached since 2002.

The grandfatherly elder statesman of global finance, the former chairman of the US Federal Reserve Alan Greenspan famously warned against such “irrational exuberance”. It’s less well known that his warning came on 5 December 1996, when the markets were a fraction of their price on Big Bull Day, a full five years later.

Everybody knows, stock prices came thumping down soon afterwards, and none more so than the IT stocks. The examples of excess were many and the hubris was widespread.

Boo.com spent $188 million in just six months in an attempt to create a global online fashion store. It went bankrupt in May 2000. GeoCities was bought by Yahoo! for $3.57 billion in January 1999. Yahoo! closed GeoCities in October 2009. eToys’ share price went from the $80 reached during its IPO in May 1999 to less than $1 when it declared bankruptcy in February 2000. Lastminute.com listed at the last minute just before the crash, and then crashed.

The dot com bubble crash wiped out $5 trillion in market value of technology companies from March 2000 to October 2002. This was all very depressing. Bumper stickers started appearing which said “I want my irrational exuberance back”.

Yet compare the dot com crash to the much more widespread crash of 2008. As many as 50% of the dot coms survived through 2004. The destruction of public market wealth did not necessarily correspond to firm closings. And in fact, most of the dot coms were small players who were able to weather the storm of the financial markets.

The boom founded hundreds of sustainable, new businesses. It eased and cheapened communication, internationalised information flow, opened new avenues to customers and suppliers. All the fuss and bother came with concrete benefits for humanity. Just remember how many millions of miles of fibre we use today was laid down by WorldCom before its bankruptcy in 2002.

Can you say the same about the subprime mortgages crisis on 2008? In the case of dot coms, the effort was underpinned by the need for new products. The 2008 financial crisis by contrast was caused by an effort to create new financial instruments.

These financial instruments were supposed to be very helpful to all of us, because they would decrease risk and make borrowing cheaper. But actually, this experiment eventually blew up in the face of its constructors, who were only saved because banks are so chronically inter-reliant.

The effects of the dot com crash were terrible for the stockholders who bought at the peak and the employees of the companies concerned, but that’s about as far as it went. The high bail-out of banks in 2008 will be felt globally for decades.

So forgive the nostalgia and the rose-tinted view of Big Bull Day, as we doff our caps to the bruised veterans of that time. And, just in passing, what you are reading this story on?