An anniversary of two uprisings: Tibet on tenterhooks

An anniversary of two uprisings: Tibet on tenterhooks 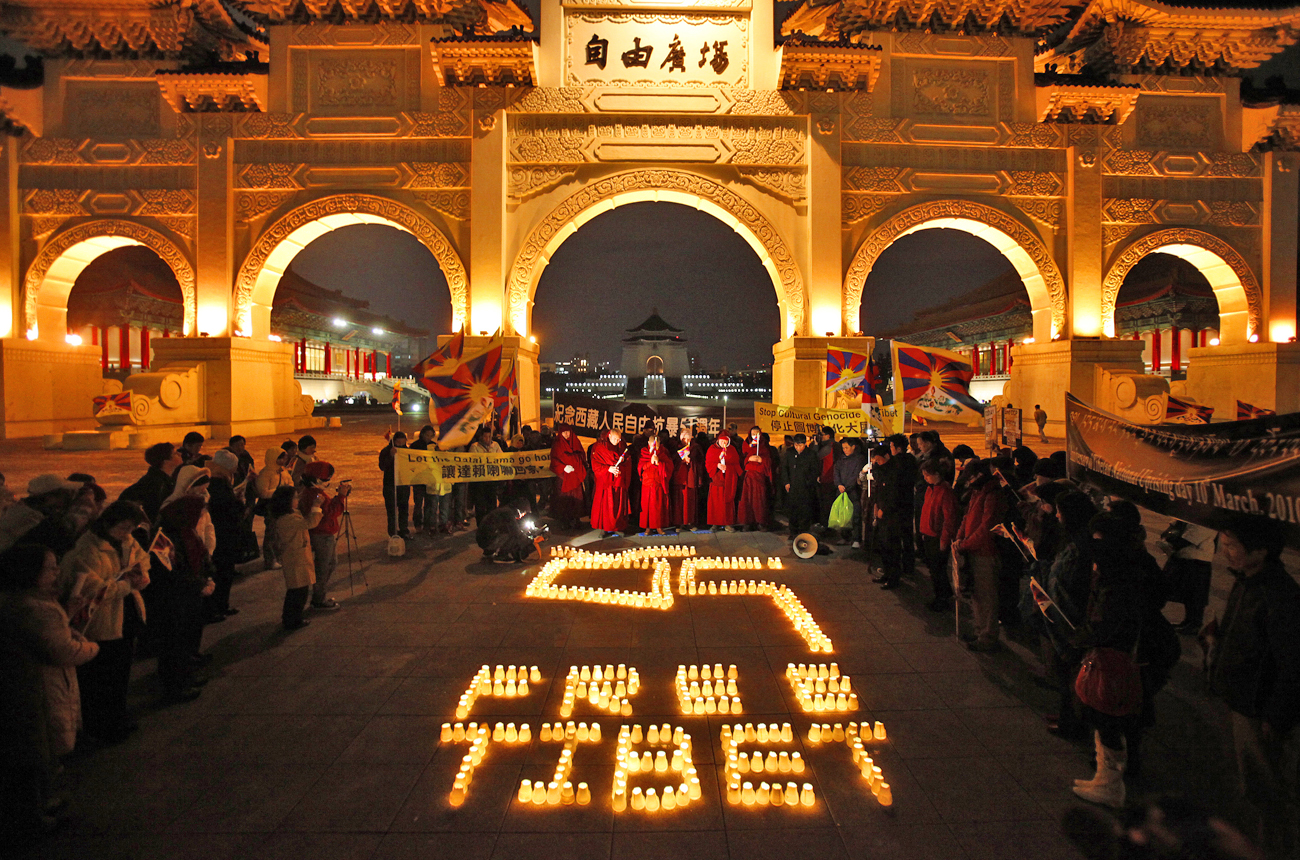 On March 10 1959, Tibetan nationalists rose up against their Chinese occupiers in a revolt that was quickly crushed. During the week of March 10 to March 14 2008, the Tibetans exacted a bloody revenge. It’s an anniversary the world now watches closely.

Exactly two years ago, on March 10 2008, three hundred or so monks from Drepung Monastery made their way slowly toward the centre of Lhasa, about eight kilometres to the east. It was the anniversary of the failed 1959 uprising against Chinese rule, and as in previous years, the expectation was that the monks would calmly call for Tibet’s independence before retreating. Instead, they came with specific demands – one being that the Chinese authorities release five monks imprisoned in October 2007 for celebrating the US’s award of the Congressional Gold Medal to the Dalai Lama. The monks were stopped at a security checkpoint by Chinese special police troops, who arrested fifty of them. The remaining monks staged a sit-down in the street, and were joined in the afternoon by a hundred of their colleagues.

Four days later, at noon on Friday March 14, another group of protesting monks were stopped by the Chinese special police. This time the engagement took place in the heart of Lhasa, and ordinary Tibetans, who had heard rumours of monks from Monday’s confrontation being beaten in custody, became actively involved. They began to pelt the police with stones. The police fled, and waited on the outskirts of the city for orders from the Party, whereupon the frustrated Tibetans started to attack and kill migrant Chinese civilians.

Photo: An evening view shows the Potala Palace in Lhasa, Tibet Autonomous Region July 16, 2009. The thirteen-story, 380-foot-high (117-meter) palace was built more than 1000 years ago and is known as the highest palace in the world. Picture taken July 16, 2009. REUTERS/Grace Liang

If mainstream media was to be believed, the West was cautiously approving of the Tibetan mini-revolt. This, after all, was the action of a people who had been unjustifiably colonised, whose revered leader the Dalai Lama was in permanent exile, and whose right to self-determination had thus become necessarily violent. China, of course, disagreed – so much so that the seeming majority of Chinese citizens lost whatever sympathy they may once have had for the Tibetans.

As Robert Barnett wrote in a probing essay in the New York Review of Books: “For most people in China, the story of the Tibet uprising starts and ends with what is now called ‘the 3/14 incident’ – what has been portrayed there as the brutal beating and killing of Chinese civilians by rabid Tibetan nationalists. Chinese television has shown images of only these events, setting off a fierce campaign among many of China’s Internet users against CNN and the BBC for having given a misleading account of the riot. Lacking access to Lhasa itself, the news agencies were accused of using images of Nepalese police manhandling Tibetan protesters in Kathmandu instead, and of supposedly understating the violence of Tibetan rioters.”

Barnett went on to explain that by April 2008, the disaffection had reached Chinese communities in the West itself: in cities like London and Los Angeles, sites of so-called cultural assimilation where “democratic values” are meant to be celebrated, thousands of Chinese people marched in protest against Western media’s “distortions”. Needless to say, these same Chinese were less vocal when forces of the People’s Republic killed Tibetans in subsequent months.

What this all means for the annual March 10 commemoration of the failed 1959 uprising is plain enough. It means, on a practical level, that already tight security gets beefed up – in Lhasa on Wednesday, according to the AFP, there were “two or three armed police at every intersection” and plainclothes security personnel throughout the city. And it means, on a political level, that the diplomats and policymakers on both sides of the fence are going to have to work harder for their paychecks.

Apparently, the observation of Barnett in 2008 still holds true: “[The] deaths of Chinese and Tibetans on the streets of Lhasa mean that a much deeper level of complexity now has to be engaged, and the political solutions proposed by the Dalai Lama (‘meaningful autonomy’ within China) and by China (a continuation of the status quo) have to be subjected to more searching inquiry and discussion.”

Photo: Tibetan monks and activists pray during a candlelight vigil at the Liberty Square in Taipei March 10, 2010, to mark the 51st anniversary of the failed Tibetan uprising against Chinese rule. Tibet’s exiled spiritual leader the Dalai Lama will appeal to the elite in the Chinese-run Himalayan region in a speech on Wednesday, inviting them to visit communities of exiled Tibetans. In an address marking 51 years since he fled into exile, the Dalai Lama will also pledge he and members of his government-in-exile will not take any political positions if and when the Tibet issue is resolved. REUTERS/Nicky Loh