Malema: Zille is a satanist, Vavi is finished, Zuma gua...

Malema: Zille is a satanist, Vavi is finished, Zuma guaranteed a second term 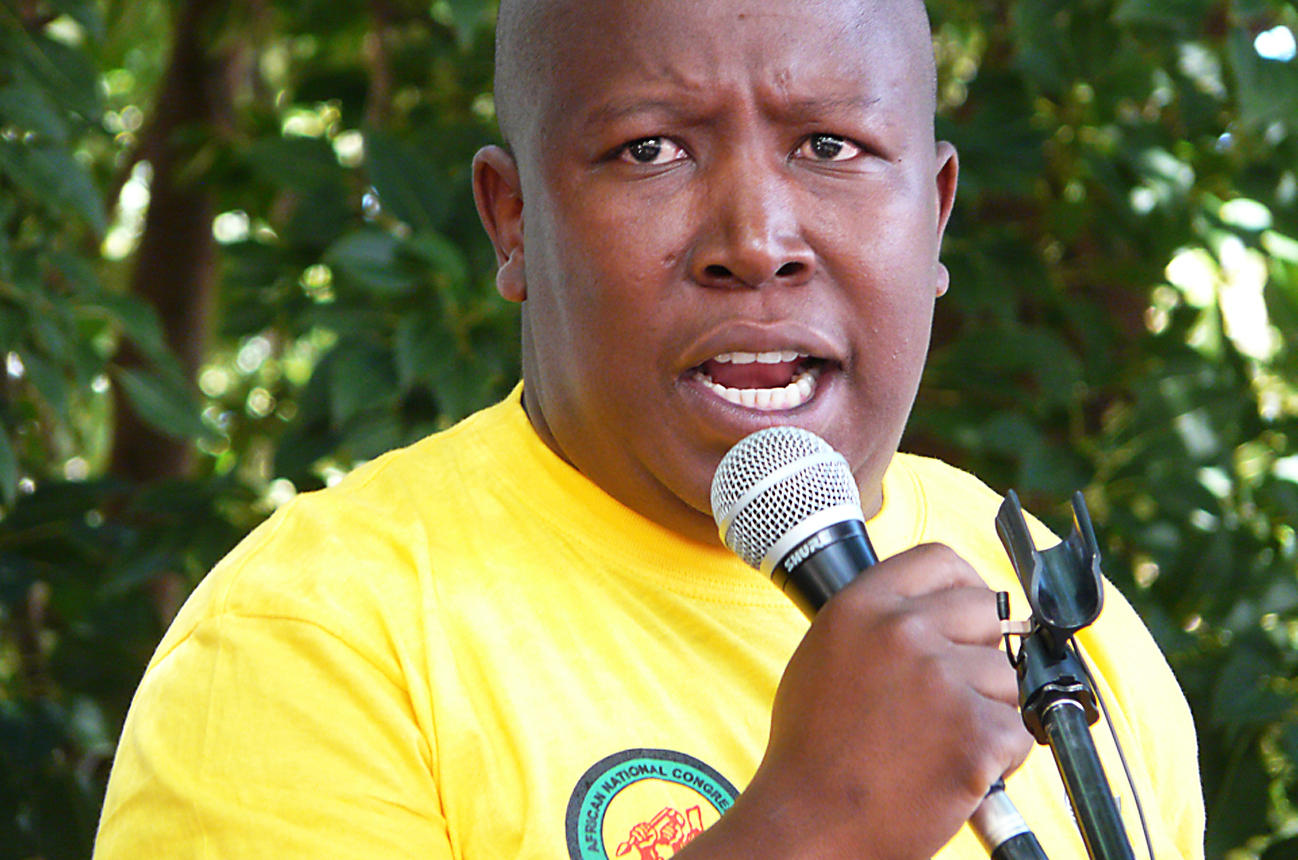 On Tuesday, Julius Malema was in finer form than we've seen him in weeks. In just score of minutes he told students at the University of Johannesburg that DA leader Helen Zille is a satanist, that Patrica de Lille couldn't possibly have a husband and that FW de Klerk disadvantaged Africans. And that was just the warm-up.

Even with his reputation for controversy, Julius Malema outdid himself addressing just a couple of hundred students the day before student representative council elections started.

About halfway through a speech on the importance of education, the need for mine nationalisation and other familiar themes, he digressed into an anecdote.

“Today, as I was driving here, I received a call from a priest. [Democratic Alliance leader Helen] Zille is demolishing churches in Khayelitsha. In one church they found elders praying, they dragged them out… Helen Zille, who is suffering from satanism, has gone all out to demolish the churches in the Western Cape… because they are saying these churches are built on municipal land.”

Amid howls of outrage from his audience he pointed out that this is a good thing, because “people will know that they voted for a monster.”

That may have been the worst personal insult he had in store – depending on how you interpret what he had to say about the leader of the Independent Democrats Patricia de Lille.

“I do not owe anybody any tax, including Sars,” Malema said minutes before ripping into Zille. This Patricia going around saying I owe Sars, she must get her facts properly. She must go and build her own family and be concerned about the taxes of her husband, if she has a husband. Patricia doesn’t look like a married woman. There is no normal man who can marry Patricia. If Patricia has a husband that husband must divorce Patricia and come looking for a well-mannered beautiful, women in the ANC, because beauty in South Africa is only in the African National Congress.”

In any other context the rest of his speech would have caused outrage, but by comparison it was pretty mild stuff. Former President FW de Klerk, he said “used education to imprison the minds of Africans.” Nicky Oppenheimer opposes mine nationalisation not because he is “defending the interests of the country, no, he is defending the interests of his family.” And Cosatu head Zwelinzima Vavi has isolated himself and won’t be around after 2012. But Jacob Zuma will definitely be around. “If you want to survive in the ANC, support Zuma,” he told local branch leaders.

Malema also lashed out at the media again, in what has become ritual for him, and has challenged all comers to take on his finances.

“If I have R140 million,” he said referring to reports to that effect, “take that money and nationalise it… Pravin Gordhan and Sars, and all authorities, go into my account. I am giving you that permission to take everything you find in my account and give that to the poor.”

And then he cautioned student leaders at the university to remain of the people and clean in their dealings, or face being recalled. An elected representative who thinks himself a celebrity, moves out of the university residence he used to stay in and suddenly has lots of cash to flash around, he said, won’t last long.