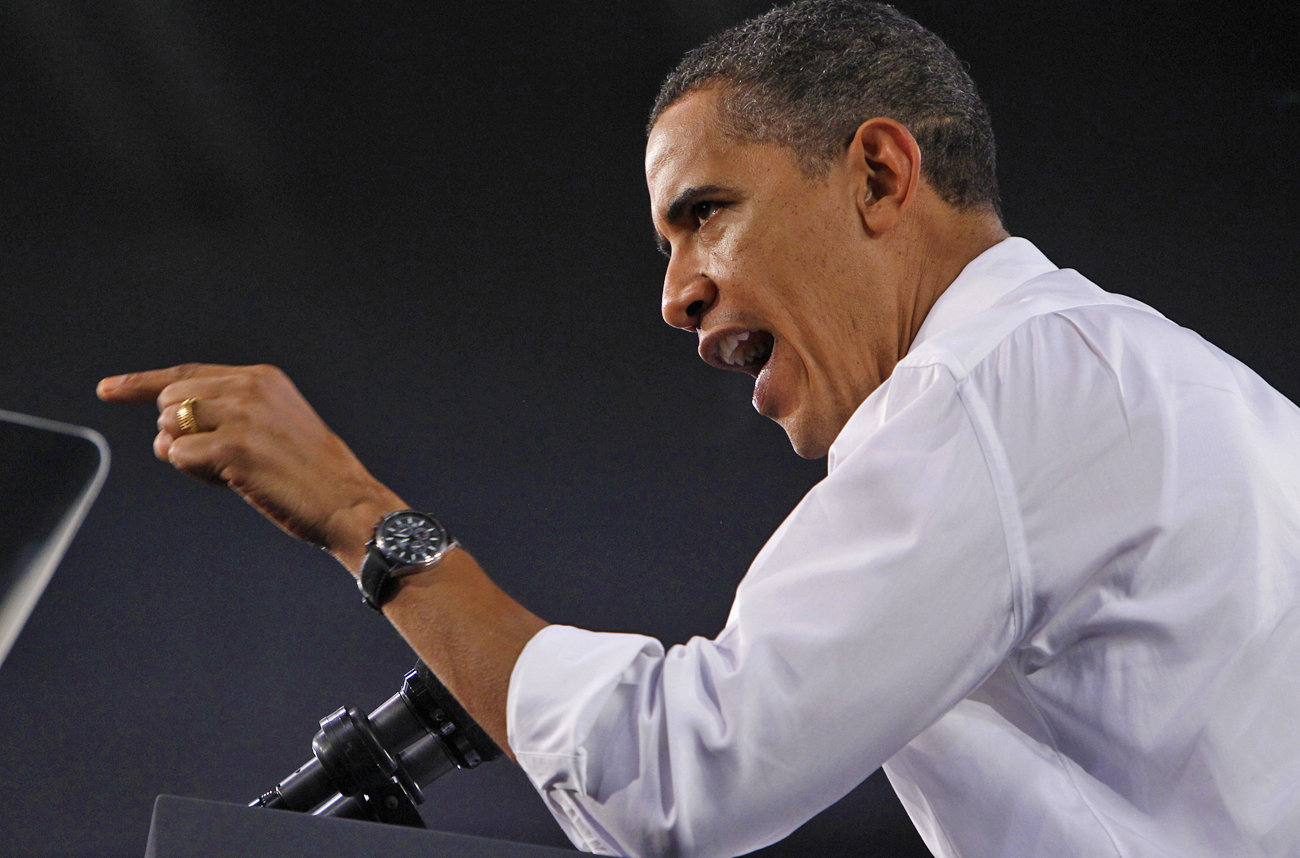 Also today: Iraqis tally votes as some claim election victory and others concede; Big Apple celebrates its superheroes; Cubans decry foreign press coverage of ill hunger-striker; UN asks donors to keep funding Aids efforts; US backs Israelis over existing settlement plan, but peace may suffer; Europeans mull their own version of the IMF as Greek debt woes weigh; Toyota emphatic that electronics are not the problem.

For Bill Clinton, it was all about “the economy, stupid!”; for George W Bush, how to deal with the fallout of the Word Trade Center attacks. For current US President Barack Obama, it’s about all these things, as well as his pet project of healthcare reform. And he inherited a nation in crisis on many fronts. Obama’s Democrats are trying to ensure new healthcare legislation gets through Congress quickly. But they’re being bullied mercilessly by conservative Republicans and health insurance companies, which Obama says ration care so that it benefits only the healthy. He’s angry with the GOP after its decade or so of controlling the nation’s purse-strings, and wants to extend coverage to some 30 million more people. So he’s busy talking up his proposed legislation wherever he can, asking people to knock on doors and talk to their neighbours, after Senate Republicans gained a seat they needed to block action on a final compromise.

Iraqis tally votes as some claim election victory and others concede

Iraq’s election candidates and coalitions are already claiming victory and conceding defeat in parliamentary polls that precede the withdrawal of US troops from the strife-torn country. Some 60% of Iraqis voted in all, after Baghdad was struck by a wave of deadly insurgent attacks. That’s short of the 75% or so who turned out in the country’s last such election in December 2005, but it still shows strong resolve among many of the 19 million eligible voters, who want to overcome Iraq’s sectarian divisions and go for peace through the ballot box. The votes will take some time to tally, but the final result will give a clearer idea as to how the patchwork of Sunnis, Shiites and Kurds will face a future without the Americans.

The Big Apple is celebrating its superheroes in a panel discussion titled “New York, the Super-City”. Amid the soaring spires, shadowy alleys, subterranean tunnels, and towering suspension bridges, the American warrior, demi-god, frontiersman and crime-fighter is being lionised in the form of the comic-book superhero. New York City is an iconic backdrop for super-heroic exploits, in the form of Superman, Spiderman and as Gotham City, where Batman and Robin fought evil villains. The concentration of wealth draws bigger-than-life criminals, such as The Joker and Bernie Madoff, in a cosmopolitan setting ripe for international intrigue. That’s where major comic book publishers, such as DC Comics and Marvel, placed their characters, giving them a generic “American” feel; whether it was Gotham City, or Central City, New York was romantic and hard-boiled at the same time.

Cuba says foreign press coverage of a dissident hunger striker is a prefabricated lie that discredits the island’s political system. But Cuban authorities should expect that the world will be watching when a freelance opposition journalist refuses food and water for more than two weeks to protest the death of another hunger striker and demand the release from jail of some 26 political prisoners. The Communist Party daily Granma, says the Western reports are political blackmail, although this is the first time Cuba’s state media has mentioned the hunger-strike of Guillermo Farinas. The paper says Farinas is a paid agent of the US because the news agency that he works for operates free via the Web. Farinas told foreign media he wasn’t demanding the overthrow of the government or greater freedom of expression, but said unless the ailing political prisoners are released, he’ll fast until he dies. He’s already in bad physical shape, and all the Cuban authorities do is play politics.

Reduced donor funding could cause Aids to spiral out of control in Africa, the UN says, appealing to governments and private donors to keep investing in the Global Fund to Fight AIDS, Tuberculosis and Malaria. Some 94% of African patients on antiretroviral treatment rely on external donations to provide free or subsidised drugs, so any reduction in funding will transform the goal of universal access into a universal nightmare, the head of the UN Aids agency, Michel Sidibe, is quoted as saying by AP. South Africa has nearly a million people receiving antiretroviral treatment, of 1.7 million who need the drugs. The country’s new Aids programme now requires increased financial resources, and whether it receives them is heavily dependent on external donor funding. Significant advances have been made in treating Aids, tuberculosis and malaria since the fund’s establishment eight years ago, but the money needs to keep on flowing.

US backs Israelis over existing settlement plan, but peace may suffer

The US has backed Israel’s authorisation of new building in a Jewish settlement in the West Bank. It says the large-scale construction project doesn’t violate a recently announced moratorium because it was approved ahead of the moratorium being declared. Israel promised a 10-month pause in settlement building in the West Bank, though not in East Jerusalem, but the 112 new apartments that have got the green light come just as the US announced that Israel and the Palestinians had agreed to hold indirect talks. The Palestinians say the US thumbs-up for construction will add pressure to the already fragile agreement to proceed with negotiations. As usual, hopes for any advance towards Middle East peace turn on technicalities.

The EU has broached the idea of setting up its own version of the International Monetary Fund, to bolster the Eurozone’s financial stability in the face of a financial crisis that’s engulfing Greece. The Greeks have a budget deficit of 12.7%, some three times the EU limit, but Germany and France have resisted the possibility of IMF involvement to get the country back on its feet, because this makes it look like the EU can’t run its own affairs. German Chancellor Angela Merkel called a European version of the IMF an interesting idea, but says new legislation will be necessary to create such a body, and this likely won’t happen in time to resolve the debt woes affecting not only Greece, but also Italy, Portugal, Spain and Ireland. Germany and France have stated they’ll help the Greeks by buying some $40 billion of the country’s sovereign bonds, although there are few other details of financial aid should Greece default on payments relating to its $270 billion debt.

Toyota emphatic that electronics are not the problem

Toyota says faulty electronics aren’t behind its worldwide recall of more than eight million cars, after an independent US study criticised the Japanese car maker’s electronic safety systems. The company claims mechanical faults with accelerator pedals and sticky floor mats are the cause of the problems, but US consumers are still saying that their vehicles aren’t working properly, despite dealership fixes. The US study said Toyota’s electronic safety systems could be rewired to allow the car to accelerate suddenly. But the Japanese say their review of the findings, using their own independent US engineering expert, show this result could be applied to any other of the world’s car manufacturers, and is not a real-life problem.