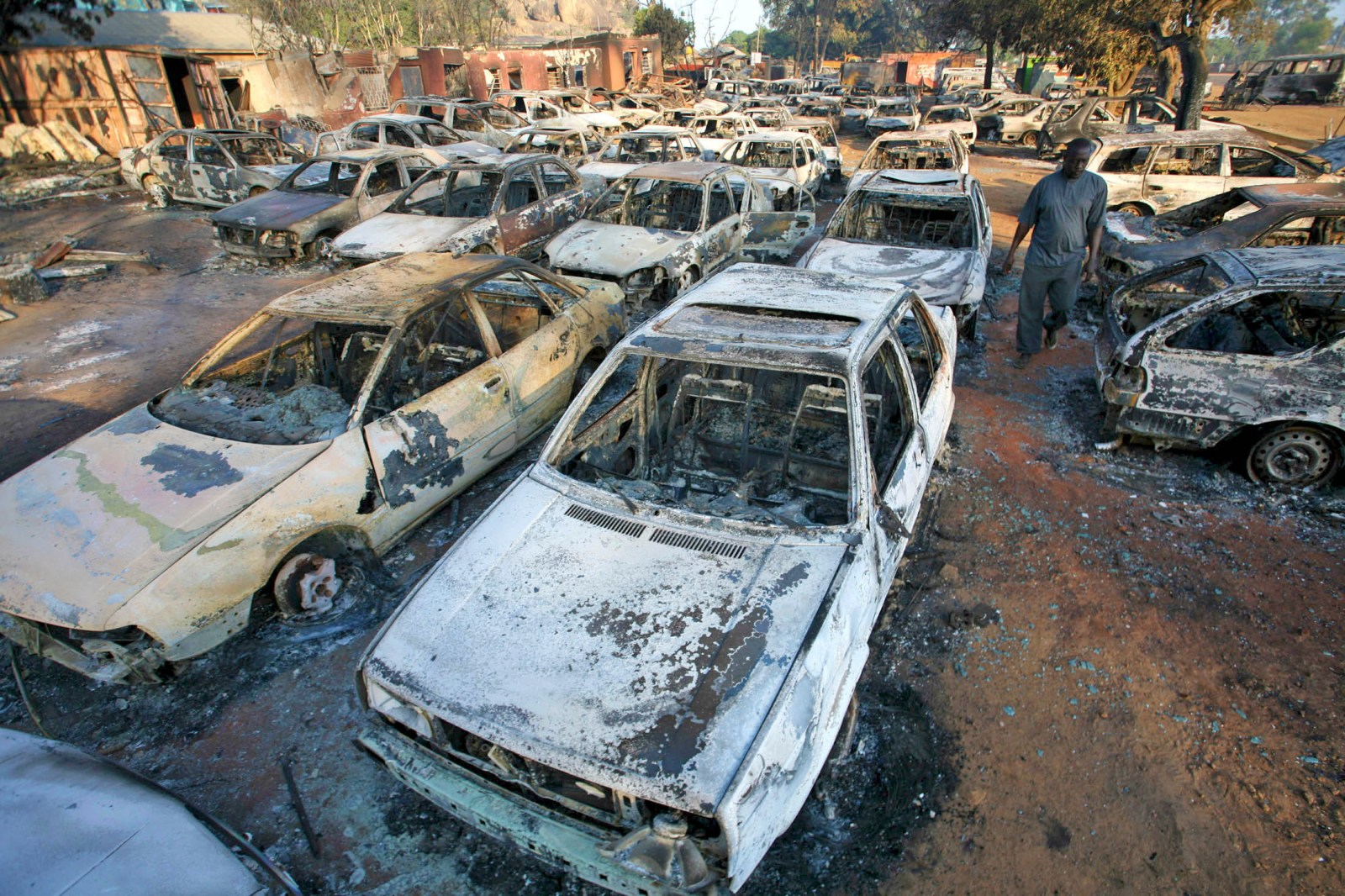 Religious violence, unfortunately, is nothing new in Nigeria. In the latest apparent reprisals over the weekend, scores of women and children, mostly Christians, were killed in villages around the central Nigerian city of Jos.

This violence appears to be in reprisal for attacks in January when more than 300 people died, most of them Muslim. Estimates are that some 500 have died in the pre-dawn attack on Dogo na Hauwa village, near Jos, many hacked to death with machetes – including young children, some of whose bodies are reported to have been mutilated.

Jos has been under an all-night military curfew since the violence in January, so it is still unclear how the attackers managed to evade the lock-down to launch attacks that began early on Sunday. Following the violence on the weekend, Nigeria’s acting president, Goodluck Jonathan, said security forces would seal the borders of Plateau state surrounding Jos, to prevent outsiders from entering the area to provoke further trouble or bring weapons in.

He said the government will “undertake strategic initiatives to confront and defeat these roving bands of killers. While it is too early to state categorically what is responsible for this renewed wave of violence, we want to inform Nigerians that the security services are on top of the situation.” By Monday, media confirmed that armed soldiers in bullet-proof vests and supported by  armoured cars were in the area.

Nigeria’s 150 million people are divided between mostly Christians and animists in the south and Muslims in the central and northern regions of the country. Nigeria has a long history of ethnic tensions, including the Igbo’s traumatic bid for Biafran independence, nearly half a century ago. Nigeria only became a unified political creation in the 1920s when the UK combined the Igbo/Yoruba-populated Oil River Colony with its protectorates among the Muslim emirates in the north.

Jos, a city of more than half a million people, is in the centre of Nigeria, near the country’s cultural/religious fault line. While this communal violence is usually described as “religious clashes”, experts say it is also rooted in a struggle for land and resources between ethnic groups.

Jos comprises a potent mix of Hausas, Igbos, Fulanis and Yorubas and it has a decade-long history of violent riots between its various factions. In recent years, the city’s population had grown rapidly through in-migration from the rest of Nigeria, in response to a now-abandoned tin-mining boom in the area.

A Plateau government spokesman, Gregory Yenlong, announced that police were trying to arrest Saleh Bayari, the region’s Fulani leader because, he said, Bayari’s comments had helped incite the recent attacks. Yenlong said the killers were “hoodlums, Fulani herdsmen” and that “they attacked those villages and killed well over 300 people, mostly women, children and the aged”. The local chairman of the Fulani, however, denied they were involved in the violence.

These latest attacks also come as the country faces a national political crisis.  The country’s national assembly has only recently appointed Jonathan as Nigeria’s acting president, after President Umaru Yar’Adua fell ill with heart troubles and was sent to a Saudi Arabian hospital for treatment. He has since returned to Nigeria, but is still apparently too ill to assume his presidential duties.

Victims told reporters they thought the army would protect them from their attackers – a belief that has now proved tragically wrong for many.

For more, read the New York Times, the AP, the BBC and the AFP/Yahoo.

Photo: A Nigerian man walks through burnt cars in Nigeria’s central city of Jos, November 30, 2008. Residents delivered more bodies to the main mosque in the city on Sunday, bringing the death toll from two days of clashes to around 400 people. Rival ethnic and religious mobs have burned homes, shops, mosques and churches in fighting triggered by a disputed local election in a city at the crossroads of Nigeria’s Muslim north and Christian south. It is the country’s worst unrest for years. REUTERS/Akintunde Akinleye