Analysis: Welcome to the fluid age of ANC uncertainty

Analysis: Welcome to the fluid age of ANC uncertainty 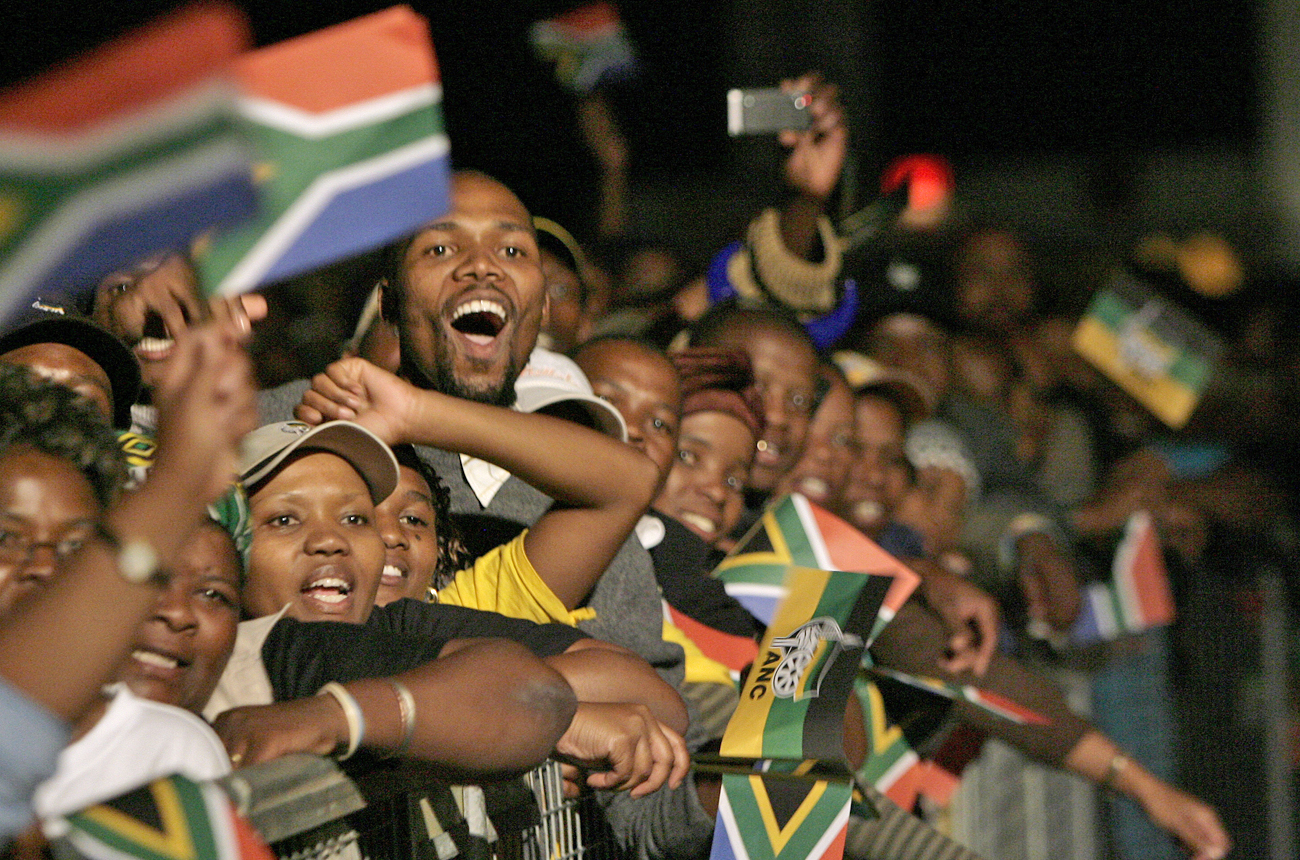 The past week brought the long-fought battle of the alliance partners out into the open. The ANC was once a reasonably disciplined bunch able to put a lid on just about any anger boiling underneath. Not anymore.

Zwelinzima Vavi’s failure of late to influence to a greater extent the ANC government’s policies, has exposed something that some had suspected, but is now beginning to emerge as a generally accepted consensus: there is no one person or faction in South Africa who can get exactly what they want. As a result, we are entering a new age of political uncertainty, where the fighting, overt and covert, will intensify until there’s a clear winner.

As strong as its leaders all claim it is, the alliance is divided. That is nothing new. But Cosatu is now back in the familiar wilderness where it was during the Mbeki years. But this time, its “Moses” (that would be Vavi) is wiser and more cunning. He’s learnt a few tricks. His followers are more organised and angrier. And he’s up against an adversary (if we can call it that) less organised than before.

One of the reasons Mbeki was so successful for so long was that he kept the ANC under his thumb. Like so many regimes, his only fell after showing weakness. For all his failures, and the list is long, he was also able to provide direction, and to an extent, some kind of vision. No prize for guessing there’s not much of that in the ANC these days. Perhaps until the state of the nation address, there was some. But after that speech, it became clear that it was more than the emperor’s head that was naked. And once it became clear that the guy in charge wasn’t actually in charge, the manoeuvring started. Or just came out into the open, whichever you prefer.

Friday’s ANC press conference was astonishing for a number of reasons. It was the first time the ANC ever called such a press conference to publicly disagree with an alliance partner. Usually this kind of thing is done behind closed doors, and as a result, there’s a Mantashean murmur of discontent. But to actually invite the microphones in to give Cosatu a go; that was a real historic first.

Then there were the words that were used. South Africa’s political vocabulary has undergone a rapid degradation since Polokwane. While we applaud the candour that’s come back into our politics, you can’t but fret about the emotion-laden words being used. Jackson Mthembu is from the Julius Malema school of mouthing off. (And as we mention Malema, the Youth League was quick to agree with the ANC 100%.) He likes to threaten, hector and shout a bit. But even for him, it was strong stuff. He spoke about how Cosatu “cannot treat us like a baby” and “ we can manage our own affairs”, or how it was “disingenuous of Cosatu to create an atmosphere of instability”. Then there was “Cosatu’s drift towards opposition politics” or how Cosatu has “vilified our ministers, vilified our policies, vilified our president, and vilified our NEC”. Strong stuff, indeed. And once it’s out in the open, there’s no taking it back.

You have to ponder the wisdom of letting Mthembu go out to bat on this. Mantashe was tied up in North West with some probably pretty tricky business there. But if he had given the briefing it would have been full of cunning little metaphors, and mini-lectures about the history of the alliance, how they had all come from different places to meet about the main issues, and how they all really agreed, but sometimes with friends you fight and occasionally that happens in the street. He would have given himself, and the ANC some wriggle room. And that could really come to matter later.

Of course, without that kind of attitude, and with Mthembu ratcheting up the rhetoric, Vavi is free to say that he’s leading a principled fight, unlike his opponents, and that being personally vilified does worry him. In other words, he’s back on the high ground already. It was fascinating speaking to him just after the ANC’s press conference. An hour after it finished, he’d already heard all he needed to hear, and was ready, willing and able to respond. In fact, gagging for it would be a better way of explaining it.

There’s a massive sense of déjà vu around all of this, because as a country we’ve seen it all before, and it’s not as if you need a long memory to remember it all. We’ve said this before, and it needs to be repeated: Mbeki’s recall has set what could turn out to be a terrible precedent. Of course, we’re not saying Zuma will be recalled. We do think it’s very unlikely that there will be a move to recall any ANC leaders at its national general council meeting in September. But we also think Cosatu is probably right to raise the alarm now. Because if it didn’t, some bad things could start to happen. Things that make us look unstable – if only because we ARE.

But what’s really emerging is that we currently have political pygmies trying to run the show. We don’t mean that as a slur on the leaders, or pygmies. We mean that there is no one towering over everyone else. Think about who can actually get something done. Is it Malema? No, thank goodness. How about Mantashe? Well, kind of, but not really – certainly, not as much as he used to. Zuma? Not a chance. Vavi? Nah, good media profile, great agenda setter, gets things going, but is visibly frustrated by his lack of overarching power. Motlanthe? He’s the man no one dislikes. Hey, isn’t that how Zuma kind of won at Polokwane? But he can’t be seen to campaign at all. Even though he’s a dignified and smart man, who is actually held in pretty high regard by a lot of Youth League members of the class of 2007, he doesn’t seem to be near the driving seat.

So where does that leave us? Well, there’s a phrase this reporter used during the Mbeki recall saga. It was “we’re in a politically fluid situation”. It fits perfectly. We’re getting to the stage where almost anything can happen. There are some absolutes, though. People will probably keep pretty quiet during the World Cup. Malema will find he’s in more trouble about money, killing Fikile Mbalula’s chances of wresting that job from Mantashe. Zuma will probably move along pretty slowly, making badly written and poorly presented speeches that don’t talk about much at all, and Cosatu will continue to publicly glower from its base in rickety old Cosatu House at the newly refurbished Luthuli House.

Oh, and those who can handle pressure will slowly start to apply it to those who can’t. As the Thunderbirds used to tell us, “Stand by for action”.