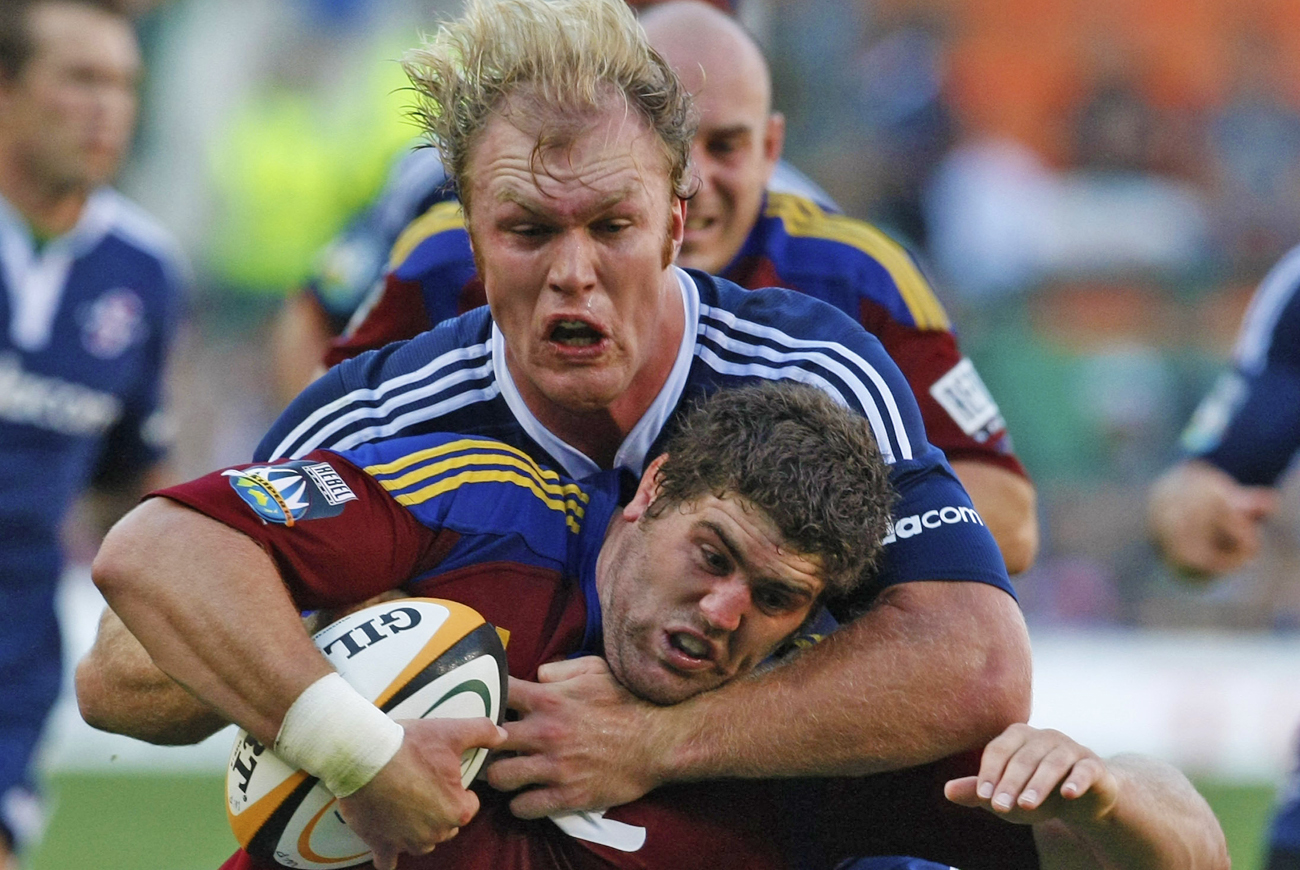 Thank the gods of rugby for the boys in blue – the Stormers this time. Their decisive 33-0 victory over the hapless Highlanders has done wonders for the Cape Town team’s mythology as the dark horses in this year’s Super 14 – and wonders for the reputation of back-up hooker Deon Fourie who scored the game’s first try with a man-of-the-match performance.

Fourie had a cracker of a game after being a late replacement for Tiaan Liebenberg, who has himself come on in the last year or so. Scrumhalf Dewaldt Duvenage, another second-choice player behind the recently rejuvenated Ricky Januarie, also laid claim to a regular starter berth, adding tactical kicking to the Stormers’ arsenal.

With top-of-the-log Blue Bulls having had a bye this weekend, the Stormers are now third on the log, behind the Chiefs, while the Lions (second last) and Sharks (third last) are propping up the base of the log, just above the inappropriately named Western Force.

The Sharks (with three bonus points) and the Lions (with two) are winless after four games.

In Bloemfontein the Cheetahs surprised the Hurricanes – and their fans – with a 28-12 win that saw them score only one try (through forgotten flank Kabamba Floors) and four penalties to Meyer Bosman and three penalties and a conversion to Naas Olivier. A win’s a win and the orange-clad faithful have had few of those in this competition so far.

The Sharks can legitimately complain that the ref Paul Marks got it wrong, with his trigger-happy yellow-cardism. He dished them out as if they were Fifa contracts for stadiums – giving one each to Jannie du Plessis and Andy Goode, reducing the Sharks to 13 men in the first half.

Marks also sin-binned the Waratahs’ Kurtley Beale when a penalty try seemed the better option. The Sharks consequently went down 25-21 to the ‘Tahs. The replay showed Beale slapped down a Stefan Terblanche pass to unmarked Odwa Ndungane with an open tryline ahead of him.

The Lions came close to finally winning in Canberra, but the Wallaby-laden Brumbies escaped with a 24-13 win – including a penalty try against the Joburg team.

While Bafana Bafana jet off for Brazil to prepare for the World Cup which is being hosted, er, here, this month will be dominated by the upcoming elections for president of the SA Rugby Union, being a contest between incumbent Oregan Hoskins and his deputy Mark Alexander on 26 March.

If you thought the position of Springbok head coach was a poisoned chalice, spare a thought for the poor sap who ends up running the whole show – a seething pot of hidden agendas and backstabbing. It’s easier to be elected president of the ANC Youth League.

That said, Hoskins has done the best job so far of uniting the poisonous politics of the provincial unions and their small-minded agendas. Give the man the government’s highest order of merit for restoring some dignity to the office once occupied by Louis Luyt and Brian van Rooyen. Hoskins is the only president right now behaving, or doing anything, presidential. We should’ve sent him to Buckingham Palace.