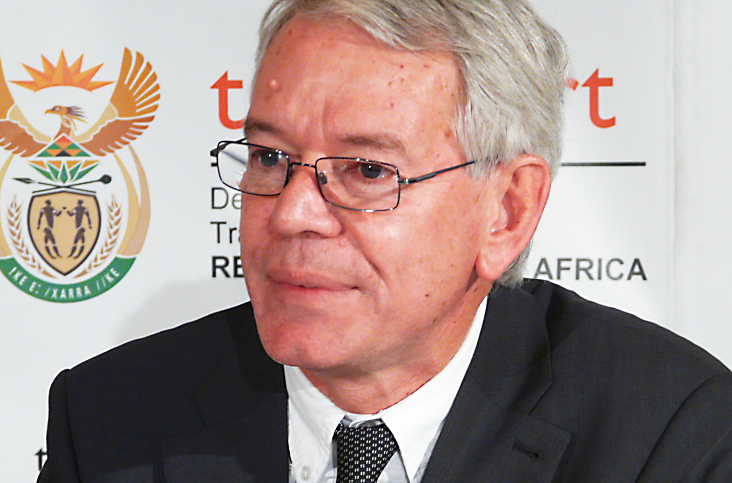 While a criminal investigation is still underway as to who committed the fraud that put thousands of unsafe taxis on the roads, those who own them have until the end September to get their vehicles retrofitted or have them impounded. Cue thousands of operators scrambling each to raise R18,000 to comply. Not that their banks can really say no.

On Friday, deputy transport minister Jeremy Cronin wouldn’t go into details of the investigation. His department is pretty certain, he said, that traffic officials had inserted false data into the national vehicle database, but there could have been collusion from financial institutions and dealers. Those who bought the vehicles may also have been in the know, though in at least some cases they were defrauded themselves.

That will make no difference, come the end of September. Cronin announced that a six-month grace period begins on 1 April, and after it expires “illegally converted vehicles must be impounded.”

That applies to 2,353 minibus taxis that were constructed as Toyota Quantum panel vans, suitable only for cargo transport, then fitted with seats for use as taxis.

When this first emerged last year there was little surprise; the number of unroadworthy and unsafe taxis on South African roads are legion. The difference is that these vehicles were fraudulently registered as compliant with new safety rules that are part of government’s taxi re-capitalisation scheme. Unlike the many other deathtraps, these ones pretended to be safe.

To avoid their vehicles being impounded, the majority of the owners will have to raise around R18,000 to pay for a retrofitting that will securely anchor seats and safety belts (which are bolted to the thin floor plating in the conversions) to the body of the vehicle. Extensive testing by the SA Bureau of Standards found no problems with brake and tilt testing, or the level of roll-over protection, Cronin said, so no further modifications would be required to make them safe for passenger transport.

There has been several skirmishes about who will pay for or finance the retrofitting. Specialist finance house SA Taxi Finance has agreed to carry the cost of those vehicles on its books, all 484 of them. That leaves 1,869 to go – and given that Cronin suddenly clammed up when asked whether government would underwrite other banks if they were to extend their customers sufficient credit to do the retrofitting, it looks like fierce negotiations are still underway.

The government acknowledges the possibility that banks are not liable because they were themselves defrauded, Cronin said; if a customer obtains financing for a delivery vehicle and then illegally converts it into a taxi, the financing institution has no way of knowing that.

But the vast majority of these vehicles are not yet paid off, leaving banks with a very clear financial liability – which could turn nastily political. If a customer with an illegal conversion fails to raise the money and the taxi is impounded, that is dead loss to the institution involved. And if it should claim the vehicle back from the traffic department, do the retrofitting and sell it on, the former owner and the rest of the organised taxi industry will rain down hell upon it.

So our guess is that at least some banks are trying to gain concessions from the government to shield them from their part of the around R34 million that needs to be raised. But if the government refuses to budge, the institutions will collectively crumble like a very old wall.