05 March: Brown to Zuma: It’s too early to let Mugabe and cronies off the hook 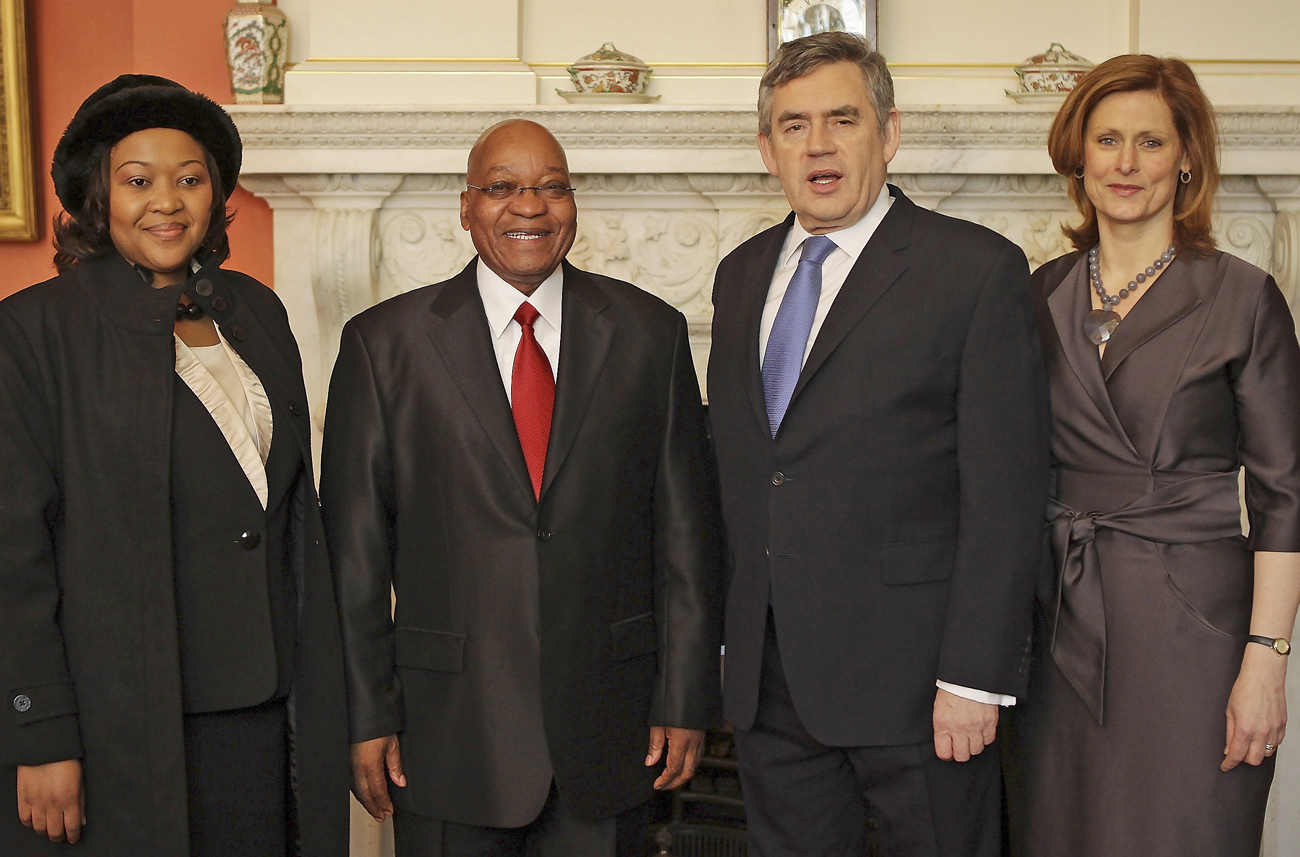 Brown to Zuma: It’s too early to let Mugabe and cronies off the hook

British Prime Minister Gordon Brown told South African President Jacob Zuma targeted sanctions against Zimbabwe wouldn’t be lifted until human rights violations and media restrictions are addressed. And there’s lots of those. Zuma, on a state visit to the UK, said sanctions should be eased to help the country’s battered economy. But President Robert Mugabe and Prime Minister Morgan Tsvangirai remain deadlocked over many issues, despite forming a unity government last year. Tsvangirai’s Movement for Democratic Change party wants central bank chief Gideon Gono and the country’s attorney general, Johannes Tomana, replaced. The former presided over the destruction of the economy, while the latter is instrumental in the terrorism trial of senior MDC official Roy Bennett, who was supposed to have been sworn in as a deputy agriculture minister.

Ugandans are burying those killed in a mudslide which swept away three villages in the eastern district of Bududa, the BBC says. In some cases entire families were buried. Rescuers have recovered about 90 bodies, but more than 260 people are still missing. Some 5,000 people have been left homeless, with the UN providing temporary shelter. Dozens of schoolchildren were engulfed by the mud. Uganda’s army says some bodies may never be found, as they’re buried in nearly 3m of mud and rock. The military can’t get heavy earth-moving equipment to the disaster site either because it is so remote, so digging is being done by hand, in continuing heavy rain.

Madagascar’s President Andry Rajoelina rejected the latest African Union attempt to resolve a political crisis sparked by a coup a year ago, increasing the likelihood of sanctions, says Reuters. Rajoelina ousted president Marc Ravalomanana with the backing of dissident soldiers after violent street protests. Rajoelina has consistently spurned mediation, despite power-sharing agreements struck last year. In response, the AU says it‘ll freeze the assets of Rajoelina and his top lieutenants, and stop them from travelling abroad come 17 March. Ravalomanana and two other former presidents invited Rajoelina to talks in Ethiopia next week to try to implement the earlier deals. But Rajoelina says Madagascar will be celebrating its 50th anniversary since independence, and instead asked the AU and the International Contact Group for Madagascar to join a workshop aimed at agreeing on a roadmap for a return to democracy. The workshop ends today — so it won’t happen.

A charity group has backed Ethiopian officials in denying a BBC report that millions of dollars of aid for Ethiopian famine victims in the 1980s instead bought arms for rebel groups. The ruling Ethiopian coalition said the allegations were absurd, while the charity Christian Aid said the BBC’s version of events doesn’t match its own investigations. Sir Bob Geldof, who led the famous Band Aid appeal at the time, also dismissed the claims. The BBC claimed that rebels disguised as grain traders used the cash to fund attempts to overthrow the government of the time.

The UN and Democratic Republic of Congo are discussing the withdrawal of the world’s largest peacekeeping mission, whose mandate expires in May. The blue helmets were sent there in 1999 to help dampen a war that drew in six neighbouring countries and has cost millions of lives. Some 20,000 UN troops patrol the eastern DRC, where overspill from Rwanda’s 1994 genocide has caused chaos. UN troops have been accused of sexual abuse and smuggling, and joint exercises conducted with the DRC army have led to murder and mayhem. The war officially ended in 2003, but parts of the east remain highly volatile. Congo authorities have asked for a commitment for withdrawal ahead of national elections celebrating 50 years of independence.

Ivorians who claim to have been made ill by toxic waste dumped by multinational oil company Trafigura, are now receiving compensation after a protracted legal battle. Some 30,000 people are to receive sums from a $45 million total payout. Trafigura has denied the waste was dangerous, or that it knew the chemicals were being dumped in the commercial capital, Abidjan, by a local firm it hired in 2006 to treat and dispose of the waste. Thousands of people subsequently complained of becoming ill, but Trafigura always rejected reports that the waste had caused deaths or serious injuries, with the parties eventually agreeing that the waste had only caused flu-like symptoms. Media investigations claim otherwise.