Obama to Democrats: ‘Stand by me on healthcare’

Obama to Democrats: ‘Stand by me on healthcare’ 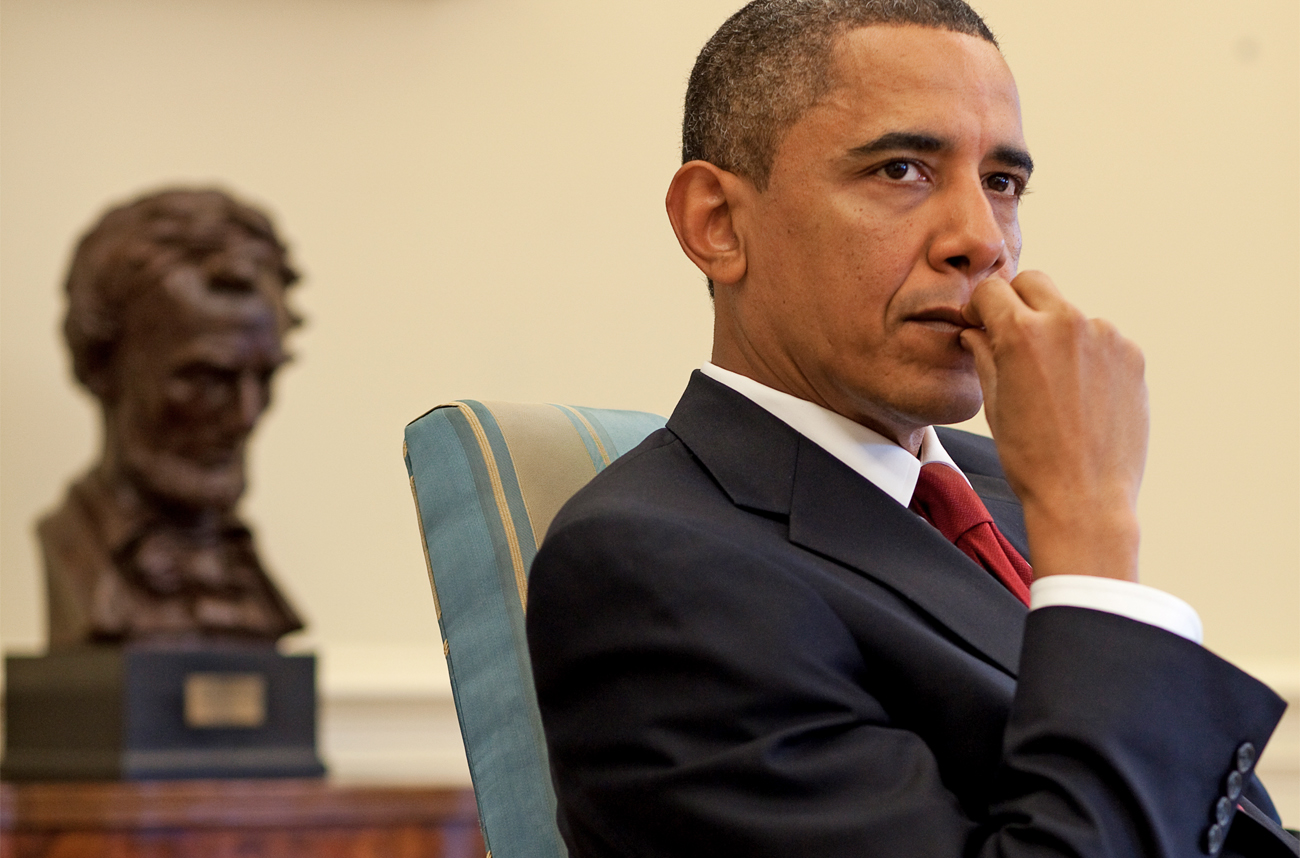 On Wednesday, US President Barack Obama finally made his much-anticipated call to end the seemingly unending back-and-forth on healthcare reform in Congress, insisting on a straight “up or down vote” on healthcare reform – to pass one of the signature goals of his administration.

By demanding this, Democratic strategy aims  to prevent giving Republicans a chance to kill the legislation in the senate by their reliance on the senate’s tradition of unlimited debate on substantive legislation – a.k.a. filibuster.

Although Obama was ostensibly speaking to a small invited audience, many wearing white lab coats, at the White House, in reality he was attempting both to rally his own fractious party for one final push and throw down the gauntlet to the Republicans, by opposing their newest call to “start over”.

Or, as Obama said, “I don’t see how another year of negotiations would help. Moreover, the insurance companies aren’t starting over,” thus calling media and public attention to the newest round of premium increases from many health-insurance companies already affecting millions of people.

Although the president hopes to see this vote in the next several weeks, Democratic congressional leadership has said that a final result could take much longer. Stretching out the time line significantly, senate majority leader Harry Reid, the Nevada Democrat, said, “We remain committed to this effort and we’ll use every option available to deliver meaningful reform this year.” The Democratic strategy must ultimately depend on an unusual show of unity within their usually fractious party, in the face of near-total Republican unity against the president’s plan.

Late last year, both the house of representatives and the senate passed somewhat different versions of the healthcare measure. Usually, a joint committee from the two chambers would meet to resolve any remaining differences and then send the resulting joint measure back to the two respective houses for a final vote. In the case of healthcare reform, Republicans could block passage in the senate by filibustering it – following the senate’s tradition of allowing unlimited speaking against a measure. As a result, the evolving Obama strategy is to have the house of representatives pass the senate version and have the bill return to the two houses as a budget bill or budget reconciliation measure that requires only majority passage.

Republican strategy in response is already shaping up – they will attempt to portray this approach as a procedural trick to thwart the will of the country. There is, in fact, considerable opposition to the measure, even though much of this opposition has been generated by Republicans and others in the so-called tea party movement. They are characterising healthcare reform as a high-priced, government seizure of the entire national healthcare sector, at a time when government spending is already “out of control”.

In response, Obama and his troops are  trying to shift the terms of the debate by portraying the looming showdown as a demonstration that passing this measure will prove Washington is not “broken” – something polls show Americans now increasingly believe. As Obama said at his White House session, “At stake right now is not just our ability to solve this problem, but our ability to solve any problem.”

Passage of the healthcare reform package on which Obama is now calling for a final vote would have a major impact on how virtually every American receives and pays for healthcare – and most especially the approximately 30 million Americans whose real “medical plan” is waiting in the queue at a nearest hospital trauma ward.

A key element of the proposed plan would be an  “insurance exchange” that would allow private insurance companies to offer policies under terms fixed by the federal government. A big share of the cost of the proposed plan – almost  $1 trillion over a decade – would come from cuts in future Medicare payments to hospitals and other healthcare providers, as well as increased payroll taxes on individuals who earn more than $200,000 (or $250,000 for couples).

This latest push by Obama, his administration hopes, will be the final pivot by Democrats to deal with healthcare. Searching for ways to stimulate the economy and respond to a growing public clamour over unemployment, Obama wants healthcare fixed so his administration gets a boost as they move on to other high priority legislation.  On the other hand, a defeat now would be a major wound to the Obama administration and its plans – as well as to the fate of numerous Democratic candidates in marginal districts in the mid-term election in November.

Read more at the AP and the New York Times