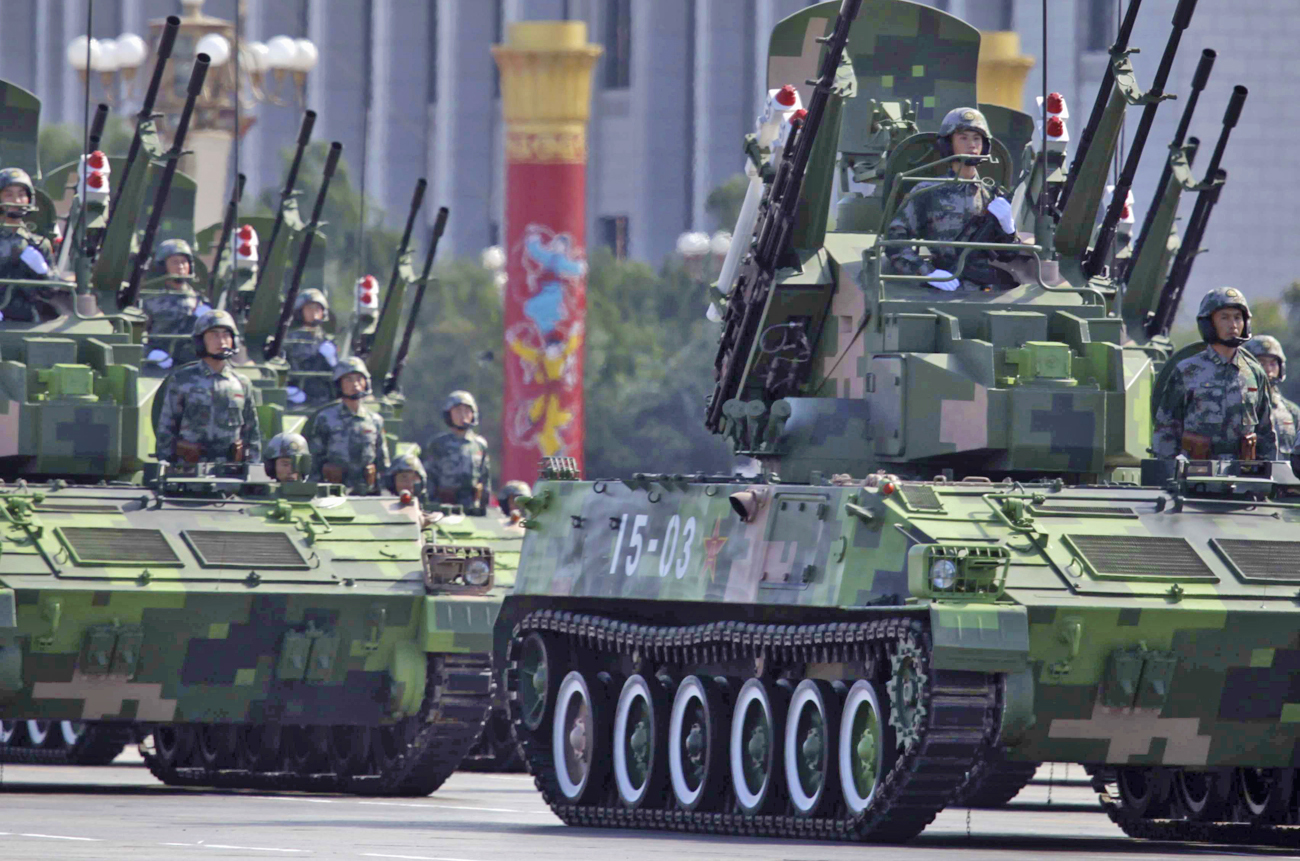 China’s military budget will rise 7.5% this year, about half the increase in recent years, and the first single-digit rise in military spending for 20 years. No reason was given for the cut, but China’s $600 billion economic stimulus programme after the October 2008 market crash may have diluted the 2010 budget for the armed forces. The country’s rapid economic growth over past decades has seen a parallel military build-up. Government will spend about $78 billion on the military in 2010, although the details remain secret. And if you’re interested, the US will spend some $665 billion on the military in 2010, so it needn’t worry too much about Chinese aggression.

Photo: Tracked automatic anti-aircraft guns are displayed during a massive parade to mark the 60th anniversary of the founding of the People’s Republic of China in Beijing, October 1, 2009. REUTERS/Nir Elias

iPad’s a giant iPhone with Wi-Fi, a huge liquid crystal display device for gaming and multimedia apps, and an edge-of-the-envelope mobile processor. But what’s next? According to publisher Penguin, lots. They’ll soon be embedding audio, video, and gaming into everything they do. The potential is huge, and books will become loaded with apps that swap content seamlessly in multimedia designs. It’ll be great for children, and Penguin’s already working on that. Books can become games, and extended learning tools. While colouring-in can be done by tapping the screen, kids can scribble, too. They can collaborate on blogs and forums anywhere in the world, using multimedia text wraparounds and video. The kind of stuff they love to do. But the possibilities for adults are also great. Plan a trip via an interactive travel book, and then look for the best airfare, car hire and accommodation at the same time. Penguin’s moved on from text and still pictures. It’s going to sell its digital content in the app store, not in the iBooks bookstore. The possibilities are endless.

Mercedes-Benz, a Daimler unit, is racing fellow German car maker BMW to produce hybrid and electric vehicles. Mercedes will double investment in the “clean and green” technologies by stumping up $1.4 billion each year for the next two years to develop batteries and energy-sipping engines. The plan is to turn show cars into mass production. The new spending in 2010 and 2011 will complement increases in Daimler’s overall research and development budget from $5.73 billion in 2009. Already, the Mercedes Benz S Class hybrid is available in Europe. It’s still way more polluting than the European average car, but far less so than its petrol-only model sibling. Daimler recently acquired a battery company and 10% of US electric car maker Tesla, so it’s going for it. European concept cars have been around a while now, but Toyota has long been in hybrid production, both with the Prius and the Lexus sedan, so there’s some catching up to do. BMW’s hit the road with a new prototype hybrid sports car, which is slated to be on the market in 2013. The car is said to do nearly 27 kilometres to the litre. That’s amazing.

February UK car sales shot up 26.4% compared with a year ago. That’s good news in a European car market that’s still struggling. Individual buyers led the sales growth, with rising demand for smaller cars, especially the Ford Fiesta and the Ford Focus. Even Toyota’s sales were up 15% on February last year, despite the carmaker’s woes. Britain’s scrappage plan is ending in March. The stimulus paid motorists some $3,000 to trade in an old car for a new one, and accounted for almost one in five car sales in February. But car sales in Europe are set to drop this year as consumer incentive programmes end. Observers say the German market will be down 25% to 30%.

Taiwanese opt out of DRAM manufacturers’ bailout as economy improves

Taiwan’s government has decided it won’t inject money into the country’s DRAM sector. The nation is a major producer of computer memory chips, and the global financial crisis threatened to bankrupt some of Taiwan’s big chip manufacturers. But an upturn in the DRAM market has seemingly made the investment unnecessary. It was opposed vigorously in the country’s legislature, where MPs quite often settle their disputes by punching each other. So things will maybe calm down a bit now. Taiwan currently licenses DRAM technology from foreign companies, and the government cash was supposed to help make it a standalone innovator in these technologies. The decision not to invest means a government-level deal with a Japanese company to develop new DRAM products and manufacturing technology that Taiwan was free to further develop is now stillborn. Taiwanese legislators said government money shouldn’t be used to bail out chip makers after the economy started to recover.