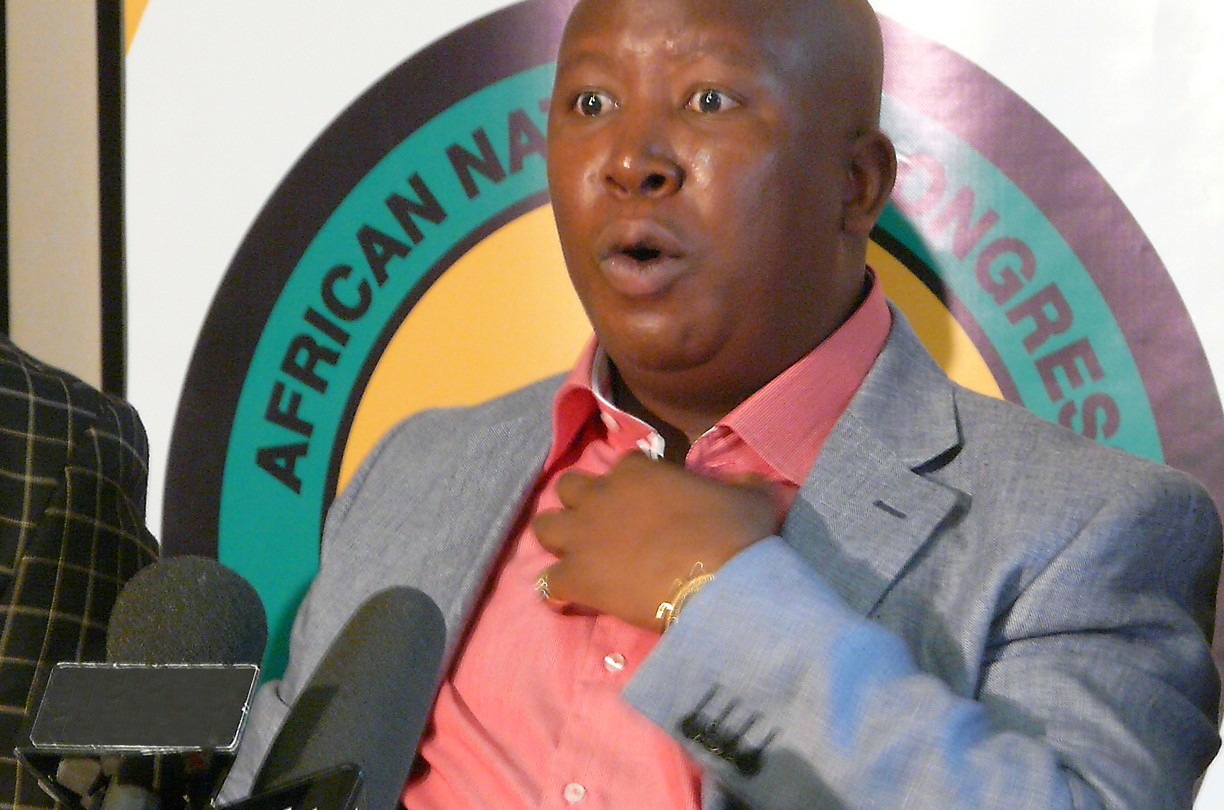 The pressure is now beginning to show. Last week, after Julius Malema had done the round of talk shows, the Youth League issued a statement declaring all debate on the matter “closed”. It wasn’t going to talk about it anymore, there would be no more statements, no more press conferences, it simply wouldn’t entertain any more queries. Ah, the dangers of talking in absolutes.

It’s a favourite tactic of the League; making big, great-sounding promises that never happen, but are still reported. This time was different: too many people have had enough of Malema. So we weren’t entirely surprised by the fact the league organised a press conference on Tuesday, with Tumi Mokoena, Malema’s lawyer. In fact, it reminded us fondly of those heady days of 2009, when the league told Eyewitness News that “nothing in the world will make us talk about Malema’s business affairs”. Indeed.

The League would like us to think it’s not for turning. It likes to believe that what it says is law. And it seems as if the lesson that the sun won’t rise in the west just because you say it won’t is taking a rather long time to sink in. Just because you think the media is conspiring against you isn’t going to stop them. Similarly, saying it’s the work of political enemies doesn’t make it so. And saying a signature on a document was  forged doesn’t mean it was. And by saying all this again and again, they think repetition may turn it into reality.

So we gathered again at Luthuli House on Tuesday, with Mokoena on the spot. The conference was the most aggressive your correspondent has ever been in. Every time the league’s spokesperson Floyd Shivambu spoke, there was a swipe at the media, sometimes it was personal, sometimes it was a jibe at the media house. And the media scrum was having none of it. Even your correspondent occasionally felt the need to exclaim (to the point where he had to threaten to play the tape of last week’s press conference, after Shivambu tried to claim Malema hadn’t said certain things) out of turn. The man doesn’t even have to be in the room to get tempers aflame.

The politician’s handbook says that if you’re in trouble, go to ground. Spend time with family, become a reborn Christian, until, inevitably, events knock your name off the headlines into distant, faint memory. Malema has picked the opposite route. That’s a mistake that an older, wiser and perhaps more treacherous person would not have made. By shooting his mouth off he raised the stakes, he says things he later has to prove. And solving that Ponzi-like scheme of ever-increasing stakes is proving difficult for the leader of the ANC youth.

Political passions are rising on the part of the League. And we all know that when you get emotional, you make mistakes. Being on the back foot is not a pose familiar or pleasant to Malema, and he will have to think clearly about the way ahead. The mistakes are beginning to pile up.

But there is another dynamic at play. To many young people in this country, anyone who goes up against the establishment is one of them. The establishment in this case is whites, Cope, elders and anyone else seen to be not one of them. It’s a lesson President Jacob Zuma taught us all so eloquently during his minor legal issues. He garnered such backing because he implicitly understood that most South Africans feel the system doesn’t work for them. Of course, the reason they feel this is that it doesn’t: one needs money to work our system, and they don’t have any. But it still didn’t stop Zuma and, to an extent Malema, from using it for their own political purposes.

So, in a more complex way, Malema has done very well keeping his people onside. The more he screams and shouts about conspiracies, the more his people believe him. And he’ll feel that that will bolster his position in the League. It is still about politics, reality and perception.

What is interesting now is who will come to his side. As you’re reading this, he’s having a big birthday celebration for which he’s hired a whole bloody stadium. The invitation, also extended to the media, is quite carefully worded by the league. It invites any responsible adult who doesn’t have work or school duties to perform. The guest of honour, apart from the young lion himself, will be Limpopo Premier Cassel Mathale.

Before you start to google the original reports on the Malema corruption story, yes, he’s the guy who runs the province that contains the councils that Malema’s company got the contracts from. The very same province, Limpopo, has been labelled the closest thing to a government-run criminal enterprise we have (thanks, Peter Bruce of Business Day).

But Mathale is the only person over 35 who’s backing Malema. None of the ANC members of the NEC has come in support since these reports emerged. There’s been no gesture of support, no slight compliment to help him out. Instead there’s been silence from the ANC. And that’s probably indicative of something in its own right. Whether they’re enjoying watching him stew in his own juices, or if the truth is more complicated, is difficult to say.

There’s an adage that in politics you have to be really close behind someone to stab them in the back. It does seem now that no one wants to even get that close to Malema. Mathale himself probably feels he has to go along because he may have a signature of his own to protect, forged or not. His speech will be fascinating, mouth-watering affair to media and the rest of the political bunch.

And, of course, we will be there.