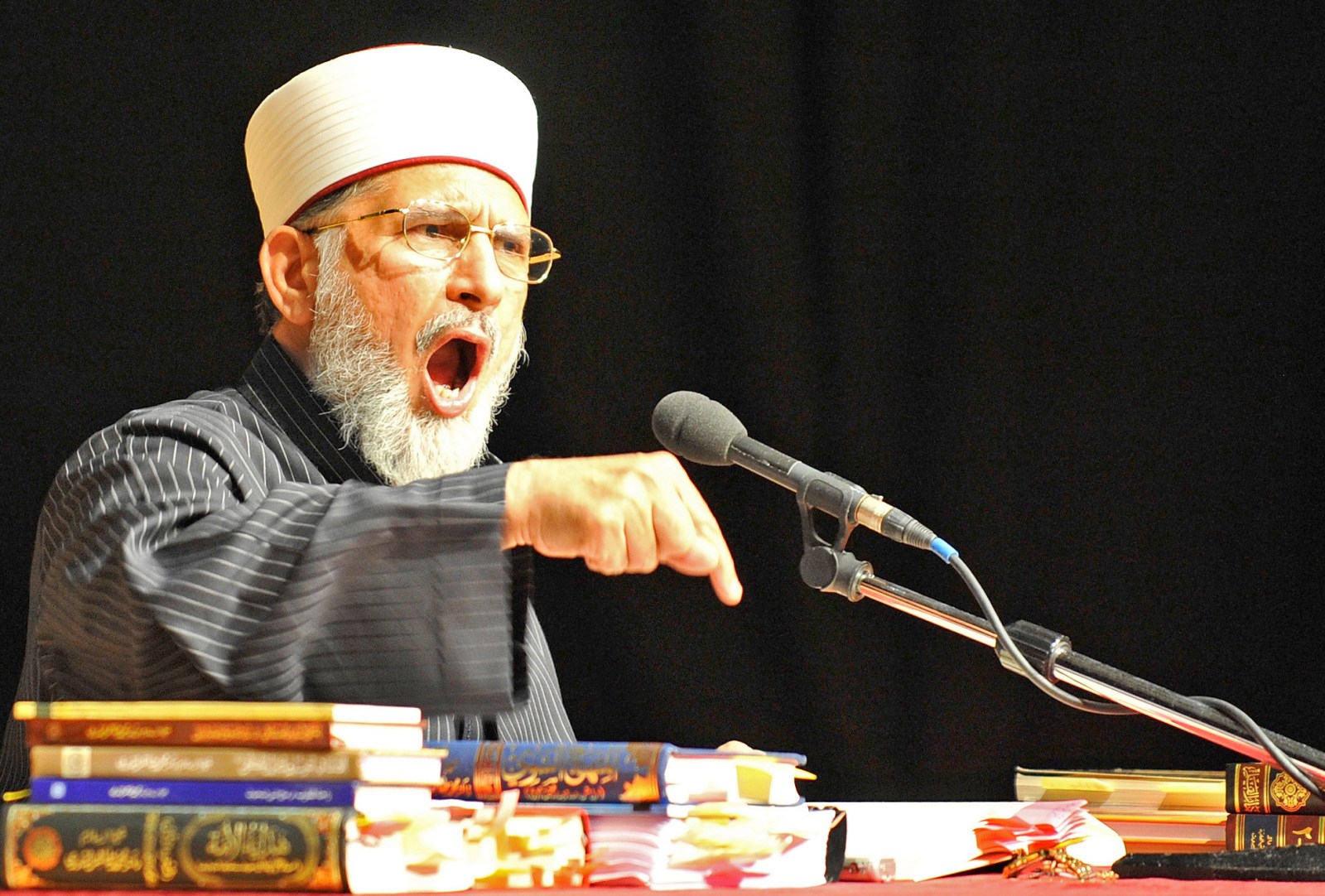 There’s always been robust debate in Islam over the veil, the justification for “holy war” and all sorts of issues, but a fatwa from the leader of a global Muslim movement calling for the absolute condemnation of terrorism is pretty unique. Religious scholar and Pakistani lawmaker Muhammad Tahir-ul-Qadri, says the fatwa bans suicide bombing without exception. He’s the founder of Minhaj-ul-Quran, a worldwide movement that promotes a non-political, tolerant Islam, so his decree isn’t likely to gain much currency among the Taliban and other Islamist radicals. But it’s a critical statement from the anti-extremism movement within Islam and may add much-needed clarity to what constitutes martyrdom and the pretexts for jihad.

Etched ostrich shells from about 60,000 years ago are among the earliest “canvases” upon which humans expressed symbolism, according to scientists excavating the Diepkloof Rock Shelter near Cape Town. They say the repetitive markings on fragments of shell are almost certainly a form of graphic communication. It sounds as if it’ll take a while to really read between the lines of a motif of parallel cross-hatched lines, as the researchers don’t have a complete egg to work with. One scientist surmises that the inscriber may have been trying to express the identity of an individual or group. We reckon the artist-in-residence was just doodling.

The horror experienced by some 40 retirees in Chile’s Pelluhue resort town underscores the destructive power of the country’s 8.8 magnitude earthquake. While relatively few people were killed overall, and tsunamis didn’t surge thousands of miles across the Pacific, witnesses say Pelluhue’s tsunami came in three powerful waves, gushing 200m into the town and dragging away the retirees’ bus before they could drive to higher ground. Most residents had some warning of the tsunami threat in communities along Chile’s wine-growing south-central coastline. The destruction is all around and food is scarce all along this stretch of land. The city at the epicentre of the quake, Concepcion, has been widely looted, and lacks food, water and electricity, but some 14,000 troops are now in the region, and a special air route is being set up to deliver aid from the capital, Santiago, nearly 500km away.

US President Barack Obama is fighting battles on all fronts with resurgent conservative Republicans and those who waver within his own party. But he’s not about to give up. A week after taking charge of last-minute efforts to save his healthcare revamp, Obama has come up with a revised proposal that he hopes Democrats can quickly pass in Congress. Some amendments will acknowledge Republican inputs, put forward in an unprecedented television debate with congressional leaders from across the divide. But Senate Republican leader Mitch McConnell says Democrats will reject any pretence of bipartisanship to circumvent unanimous GOP opposition to reforms. House Democrats who opposed the legislation might tip the scales Obama’s way, under controversial rules that will allow a simple majority vote on the revised bill in the Senate.

The president of Toyota’s American sales division, James Lentz, told Congress that other car makers in the US had received complaints of sudden acceleration in their vehicle models in past years, but subsequent media investigations into such problems found that Toyota had more complaints involving crashes than any other manufacturer. Ford had about 3,500 complaints linked to 450 crashes, compared with Toyota’s 3,000 complaints linked to 1,000 accidents. In all, Toyota had one speed-control crash complaint in 20,454 vehicles between 2000 and 2009, while Ford had one complaint in 64,679 vehicles. Honda had one in 70,112, and GM one in 179,821 vehicles. Many of the complaints were about vehicles not covered by recalls, such as Toyota Camrys built before 2007, which have a comparable number of speed-control problems to recalled Camrys. This will add to public anger in the US over Toyota’s less-than-transparent approach to dealing with complaints, and also put the nation’s traffic safety regulators back in the dock.

Russians have complained after outgoing Ukrainian president Viktor Yushchenko awarded a belated posthumous state honour to World War II resistance fighter Stepan Bandera, showing why the country’s so-called Orange Revolution was always going to be stillborn. Bandera is only popular in western Ukraine, while in eastern Ukraine, Russia and parts of Europe he’s decried as a Nazi stooge. Soviet Russia lost some 20 million people to the Nazis in the Second World War, and memories of that era won’t go away. So new President Viktor Yanukovich will find himself spending a lot of time addressing ethnic, regional and historical tensions that divide a country that doesn’t know whether it belongs to the East or the West. Yanukovich wants to improve relations with Russia and still lean towards the West, and has come under pressure, not only from Russia, but also the EU to revoke the award for Bandera. That’s good and well for all those parties. But if he does that, he’ll ignite passions in western Ukraine, where nationalists speak Ukrainian and hate Russian influence. The democratic promise of the Orange Revolution has become dehydrated.

Jay Leno’s back, trying not to be bitter

Jay Leno spoofed the “The Wizard of Oz” in his first rehash of the “The Tonight Show”, where Dorothy finds all the crazy happenings in Oz were only a dream. “I went away to the strangest place! It was wonderful, but some of it wasn’t so nice,” he said, referring to the nine-month lapse between his farewell from the show and his return this week. The interim saw him flop on prime time television, and led to a war of words with his “Tonight Show” successor, Conan O’Brien, who was given a later night slot, before Leno took the show back. “It’s good to be home,” he said as he began his first monologue. “I’m Jay Leno, your host. At least, for a while.”

Beeb gets bashed over cutbacks

The BBC is controversially dropping two radio stations from its line-up and will scale back its Web offerings as part of a broad revamp that will see spending slashed by 25%. The famous British public broadcaster, affectionately known as the Beeb, will scotch its 6 Music station, for alternative music listeners, and the Asian Network, aimed at Brits of south Asian descent. The number of Web pages will be halved, so expect a lot less news and information in future. And some of its magazines may also be affected. After earlier job cuts, unions are up in arms again because some 600 jobs are at stake. The station says nearly $900 million in savings will be redirected into producing high-quality programming. The service has expanded rapidly into digital formats in recent years, and now there’re complaints that it’s costing taxpayers too much money.