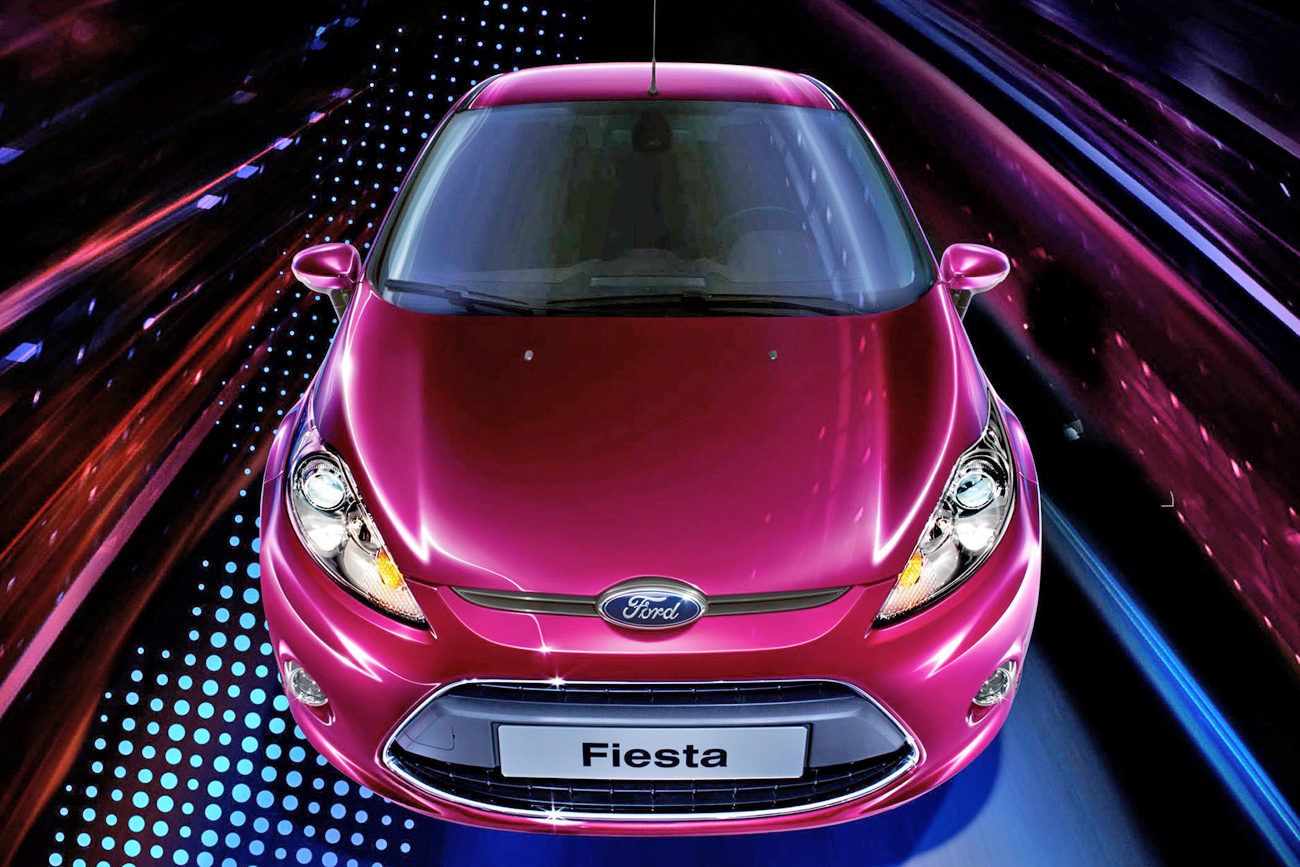 Ford’s February sales in the US skyrocketed 43% from a year earlier, beating out General Motors for the month. While GM also posted gains, beleaguered Toyota saw sales plummet nearly 9% in that market, over massive recalls and public investigations into safety defects. Ford’s turnaround was the first time it beat GM sales in many years, and it looks like it’s got the nippy and fuel-sipping Ford Fiesta to thank for this, as much of the interest in that vehicle came from customers who didn’t already own a Ford. There’s no doubt that compact cars are becoming a big hit in the recession-battered US, as Ford’s light vehicles mostly posted a year-on-year increase. GM’s February sales rose almost 12% from the same period a year before, benefiting from four brands it scrapped last year as part of its bankruptcy revamp. Photo: Motorlogy.

The fat cats continue to milk the US economy, and there’s not much the public can do about it – nor, it seems, US President Barack Obama. The latest story of gross remuneration involves GMAC, the car and home lender, which hasn’t reported a profit since 2008. Those two sectors of the economy were mightily hit by the October 2008 crash, but that didn’t stop chief executive, Michael Carpenter, from getting a pay package that rivals that of Goldman Sachs boss Lloyd Blankfein, according to Bloomberg. His executive colleagues also got big pay packets, despite the company reporting a $10.3 billion loss in 2009. GMAC paid Carpenter some $1.2 million in salary and stock last year for six weeks’ work. That equals $9.5 million a year, which is what Goldman paid Blankfein in 2009. Carpenter’s been a high-up in Citigroup and other firms, but only joined GMAC in mid-November. What’s worse, is that a regulator in Obama’s administration is said to have approved the payout, despite GMAC receiving $17.3 billion in taxpayer recue money.

UK consumer confidence has rebounded after news the country exited recession in the last quarter of 2009, with the economy growing 0.3% in this time. The Nationwide building society’s confidence index is at double the figure of February last year, and although that’s way above the uptick in gross domestic product, consumers have obviously started 2010 in a brighter mood. Consumer confidence is a fickle thing, though. In December, the index showed its sharpest drop since November 2008, as consumers faced an uncertain 2010. The UK economy contracted for six consecutive quarters beginning in 2008, but now that the latest statistics are in, consumers feel an airy optimism, if not irrational exuberance. And they hope it lasts.

Million dollar prize for Toyota fix, but not from Toyoda

US car information and pricing company, Edmunds.com, is offering a million dollars to the individual or group that finds a fix for Toyota’s sudden acceleration problems, after lingering doubts that the company had resolved the issue. Talk about DIY motoring, a situation not helped by Toyota’s inability to convince the public that it’s on top of the defects. The competition will begin next month, after details are worked out. Edmunds says there might be one or many answers, and that the prize will be split between whoever comes up with a genuine fix. Meanwhile, reports say some Toyota owners are claiming their vehicles accelerate suddenly even after dealers made repairs. They’re apparently filing complaints with the National Highway Traffic Safety Administration, saying that despite modified gas pedals and replacement floor-mats, the cars still surge out of control. Some observers think the problem stems from software in the electronic throttle system, rather than from mechanical issues. But Toyota has vigorously denied this, until a study of the system is completed. The US government may soon recommend that all car makers include brake-override systems in all new vehicles, to prevent possible runaway acceleration.

A new US consumer research report says health-related costs of food-borne illnesses come to $152 billion a year. That nearly one percent of the nation’s gross domestic product, so it’d be interesting to figure out all the other inefficiencies in the economy, such as Toyota’s woes, Senate filibustering over healthcare, sleeping on the job, and paying huge bonuses to executives at loss-making firms, in addition to the costs of medical bills, lost wages and lost productivity from food illnesses. The estimated loss of income from tainted food is more than four times that of earlier calculations by the US Department of Agriculture, and Americans in future might be tempted to avoid peanuts, jalapeno peppers, spinach, beef and many other foods that are blamed. Earlier research didn’t include many long-term effects from illnesses caused by food-borne pathogens. And it seems the pathogens under investigation are only the tip of the iceberg. Welcome to the new statistics of economic production.

The Australian economy grew at its fastest pace in almost two years, with the dollar trading near its strongest in 10 years against New Zealand’s currency. That caused the Australian central bank to raise interest rates for the fourth time since October. New Zealand’s currency gained against the US dollar, so a gain in the Australian dollar against the Kiwi more accurately measures how strong Australia’s currency really is. That’s not good for inflation down the line, so analysts say investors should consider selling the Aussie if it rises further. Australia’s gross domestic product rose 0.9% last quarter from the previous three months, when it gained a revised 0.3%. The Aussie has risen against 13 of 16 major currencies over the past month, as concern eased over Greece’s ability to finance its $270 billion debt. It’s near its strongest against the euro since 1997, and near its highest level against the pound since 1985. Australia was the only major economy to avoid recession in 2009, expanding 2.7%. Vast government stimulus spending and huge Chinese demand for its commodities saved the day. Now, of course, the inflation bear is waking from hibernation.