03 March: Chadians allow UN peacekeepers to stay a while longer 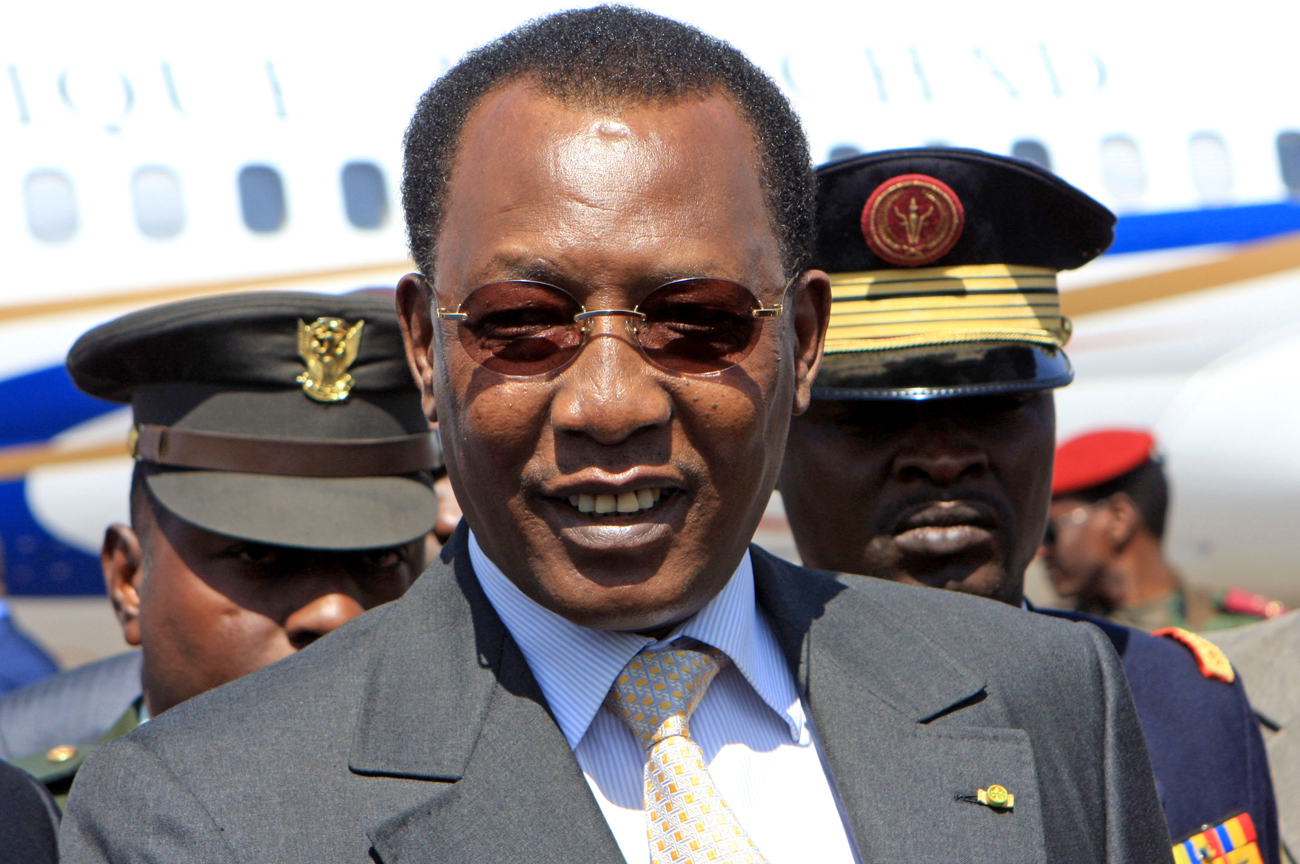 Chadians allow UN peacekeepers to stay a while longer

Chad says thousands of UN peacekeepers can stay a few more months. They’re tasked with protecting nearly a quarter of a million Sudanese refugees on the border with Darfur, where some 300,000 people have been killed by fighting over the last seven years. Earlier, Chad’s President Idriss Deby said the peacekeepers’ mission had failed, and he wanted them out by mid-March. But he’s been in Sudan talking to his counterpart Omar al-Bashir, and signing a truce that prevents either country from supporting the other’s rebels. Tensions between the two countries have fuelled the instability in the region. The extension for UN peacekeepers has been agreed on the understanding that the UN’s military presence will be reduced.

Photo: Chad’s President Idriss Deby is escorted on arrival at Khartoum airport February 8, 2010. Deby on Monday began a rare visit to Sudan, part of a rapprochement aimed at ending a proxy war between the two African neighbours. REUTERS/Mohamed Nureldin Abdallah

A South African SuperSport journalist has reportedly escaped from his captors in Nigeria, but there was no word yet on the fate of his two Nigerian colleagues. The two Nigerian men and South African production engineer, Nick Greyling, were ambushed en route to the airport in Owerri, in south-east Nigeria, after covering a football match in nearby Enugu. Prior to news of his escape, SuperSport officials in Nigeria had reportedly spoken to Greyling and his colleague by phone and they appeared to be doing well. A ransom for their release had not been discussed. No one has claimed responsibility, but South Africa’s foreign ministry said it was in contact with Nigerian officials. The television station says the journalists were taken away in a stolen van. Militants fighting for more even distribution of revenues in the oil-rich Niger Delta make millions of dollars a year by kidnapping employees of foreign oil companies. But while Owerri’s quite close to the Delta, it’s set in a rain forest, and produces yams, cassava, taro, corn, rubber and palm products. So it’s more likely just about money, not oil protest.

A landslide has killed possibly hundreds of people in eastern Uganda, according to media reports. Rescuers in the mountainous region of Bududa are digging through mud with hand tools after as many as 100 children went missing. A church collapsed, burying worshipers in mud. About 300 people are said to be missing from three villages after their homes were buried following recent heavy rains.

The International Monetary Fund says Zambia needs to increase taxes on mining ventures to fund infrastructure such as roads and hospitals. That doesn’t sound like the usual capitalist-roader mentality of which the IMF is often accused. But the body has long called for higher mining taxes in Africa’s largest copper producer, putting it head-to-head with multinational miners. Zambia scrapped a controversial windfall tax on mining after the bottom fell out of the copper market during the global financial crisis, and after foreign miners said they’d take legal action. And while the country upped corporate tax to 30% from 25%, and raised mineral royalties to 3% from 0.6% to fight poverty, many miners still get exemptions. The government’s trying to make it easier to invest on one hand, but needs more cash. The IMF says the nation’s tax regime is cheap compared with other countries, and wants to see this change. Meanwhile, US aid officials say Malawi and Zambia will likely get hundreds of millions of dollars in infrastructure grants because of steady improvements in the way they are run.

An Ethiopian opposition candidate, Aregawi Gebre-Yohannes, has been stabbed to death. The main eight-party opposition coalition, Medrek, says his death could stem from his anti-government stance, for which he was twice arrested. It also said another of its candidates was beaten by men possibly from the Ethiopian army. The government says both incidents have nothing to do with politics, but that the opposition can lodge a complaint with the electoral board. Ethiopia will hold its first election in May since a government victory in 2005 was discounted by the opposition. That poll saw hundreds of people killed by security forces and the main opposition leaders imprisoned.

France has arrested the widow of former Rwandan president Juvenal Habyarimana, whose assassination triggered the Rwandan genocide that killed 800,000 people. That makes one wonder whether French President Nicolas Sarkozy’s recent visit to Kigali had anything to do with it. The current Rwandan government accuses Agathe Habyarimana of helping plan the 1994 massacres and wants her in court. But Habyarimana, who denies the accusations, has been living safely in France for years. Sarkozy’s visit to Rwanda came shortly after the French and Rwandans restored diplomatic relations severed by disputes over who was to blame for the massacres 15 years ago. A French judge said current President Paul Kagame was behind Habyarimana’s assassination, while Rwanda accused France of arming genocidal militias. Habyarimana was detained by French police executing a Rwandan-issued international arrest warrant. Sounds like Sarkozy’s pulling rank.

Somali pirates have become landlubbers, attacking three trucks and holding their drivers captive in the pirate town of Eyl. It’s one of a few such incidents, and local communities have also hijacked some UN vehicles in the anarchic country. The buccaneers normally hold ships and private yachts for ransom, and garner millions of dollars for their efforts. The trucks were carrying UN food aid and the hijacking comes at a time that the radical Islamist group al-Shabaab has told the UN’s World Food Programme to leave the country.