Broadcast news gets leaner and, with luck, less arrogan...

Broadcast news gets leaner and, with luck, less arrogant 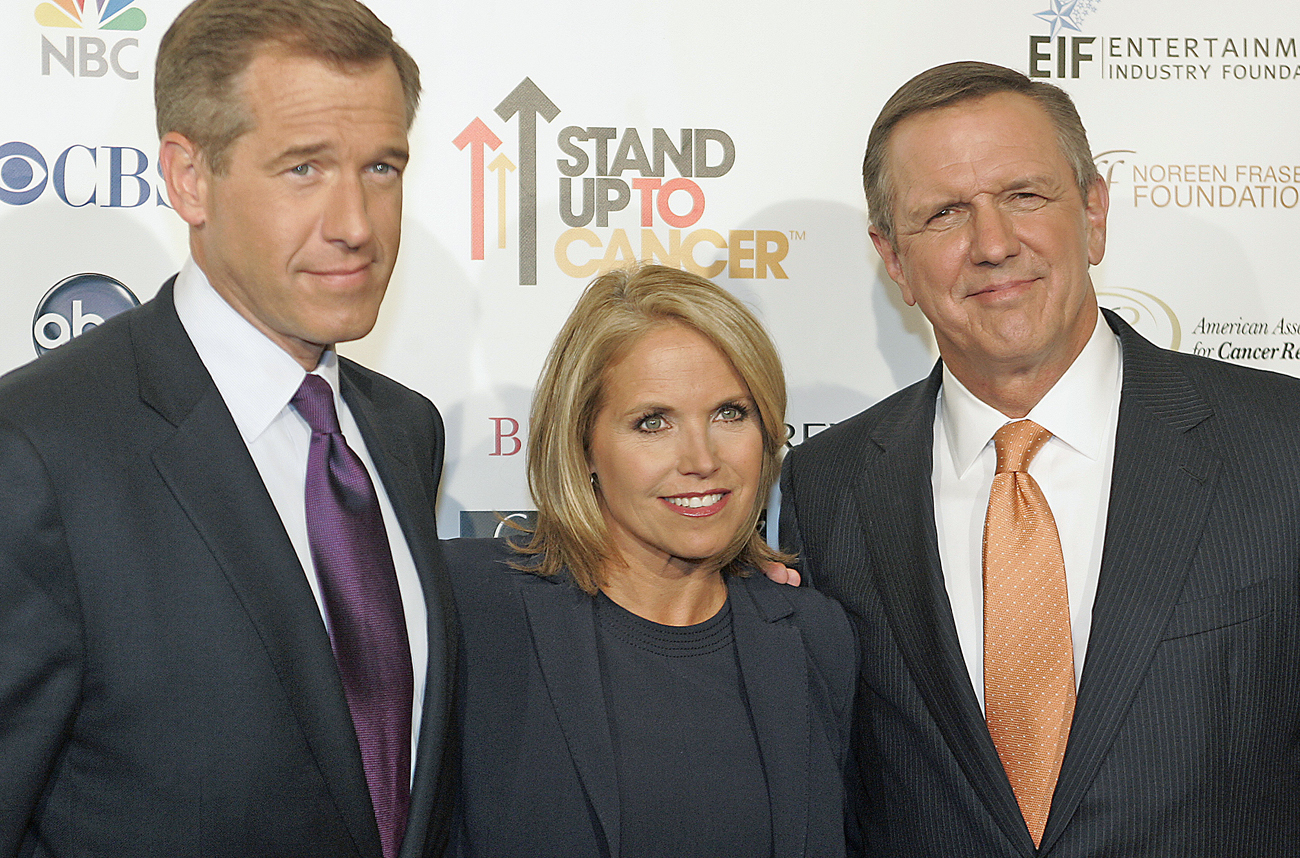 ABC News is the last of the traditional big-three US news networks to implement cutbacks. On Tuesday last week, the Disney-owned organisation announced plans to retrench a quarter of its 1400-member staff. It can't be good for journalism, but the upside is that the days of the Ron Burgundy-like anchorman may finally be over.

The 1987 movie Broadcast News was a tough film to sit through for a range of reasons: the script was tedious, the acting was mediocre at best, and the narcissistic travails of the central characters weren’t exactly the stuff of gripping drama. As Adam Mckay’s 2004 film Anchorman proved, what goes on behind the scenes at news networks is way more interesting when it’s presented as comedy. Like, who can forget the following exchange between Ron Burgundy (played by Will Ferrell) and Veronica Corningstone (Christina Applegate):

Ron: I don’t know how to put this but I’m kind of a big deal.

Ron: I’m very important. I have many leather-bound books and my apartment smells of rich mahogany.

Not only was the scene hilarious, it summed up in a few lines what it took the earlier movie well over two hours to illustrate – ie, unprecedented levels of self-regard are a defining feature of the industry. Still, Broadcast News did manage to come up with at least one funny and prescient line. Bill Rorich, played by Jack Nicholson, says to a colleague: “This is a brutal layoff. And all because they couldn’t program Wednesday nights.” The colleague’s reply: “You can make it less brutal by knocking a million or so off your salary… Bad joke, I’m sorry.”

Thanks to the proliferation of news distribution channels through cable platforms and the Internet, what was true in 1987 is a lot more true 23 years later. Also, people aren’t so ready nowadays to apologise for so-called “bad jokes”. At the beginning of February, for instance, the Drudge Report noted that CBS anchorwoman Katie Couric faced a dramatic pay-cut after a “populist backlash” within the newsroom against her salary. Couric, the highest-paid TV news personality in history – she pulls $14-million a year – invoked the on-the-record wrath of at least one of her CBS co-workers, who said: “She makes enough to pay 200 news reporters $75,000 a year! It’s complete insanity.”

The source continued: “We report with great enthusiasm how much bankers are making, how it is out of step with reality during a recession. Well, look at Katie!”

A chief reason for this CBS employee’s anger, of course, was the fact that retrenchments had just been announced at the network. To February 28, seventy jobs have been cut at CBS in 2010 – including lay-offs in the Washington DC, San Francisco, Los Angeles, Miami, London and Moscow bureaus. The cut-backs came in the wake of similar moves at CBS’s competitor NBC, which has “drastically pared down its operations over the last few years,” according to the New York Times.

But CBS’s recent lay-offs, accounting for six percent of staff, is as nothing compared to the announcement out of ABC News last week. Executives at the Disney-owned network stated that they intended to slash between 300 and 400 jobs, about 25 percent of the 1400-employee news division.

“ABC News President David Westin laid out the plan in an e-mail to employees Tuesday [February 23],” the Los Angeles Times reported, “saying the network ‘will undergo a fundamental transformation that will ultimately affect every corner of the enterprise.’ The emphasis in the pared-down news division will be on ‘digital journalists’ who can both produce and shoot their own stories, a model increasingly being adopted in television news.”

As in print newsrooms, the implication here is that if you don’t have multiple skills – in other words, the ability to conceive, produce and file (on deadline) a near-flawless story – your job is not secure. “With hand-held digital cameras, one or two people can now cover a story that once required a correspondent, producer and two-person crew,” the LA Times added. “Westin said the network’s experience with its eight foreign correspondents who work as ‘one-man bands’ persuaded him that the model produces strong journalism.”

Given the fact that ABC News, like the news divisions at CBS and NBC, is battling to break even, the financial realities mean that Westin has to be upbeat about his leaner model; it’s not as if he has any choice in the matter. So can one person really produce a news clip that’s as comprehensive and well-packaged as a team of four or five? It’s highly unlikely, which suggests that TV journalism is almost certainly going to suffer. That said, the narrator of Anchorman, Bill Lawson, does make an eloquent argument for some sort of progress in the medium.

“There was a time, a time before cable. When the local anchorman reigned supreme. When people believed everything they heard on TV. This was an age when only men were allowed to read the news. And in San Diego, one anchorman was more man then the rest. His name was Ron Burgundy. He was like a god walking amongst mere mortals. He had a voice that could make a wolverine purr and suits so fine they made Sinatra look like a hobo. In other words, Ron Burgundy was the balls.”

Photo: The evening news anchors (L-R) Brian Williams of NBC, Katie Couric of CBS and Charles Gibson of ABC arrive at the Stand Up To Cancer broadcast event in Hollywood September 5, 2008. Since then, Gibson retired and was replaced by Diane Sawyer.