Analysis: As Cope’s Lynda Odendaal joins the ANC, banality of SA politics is in clear sight 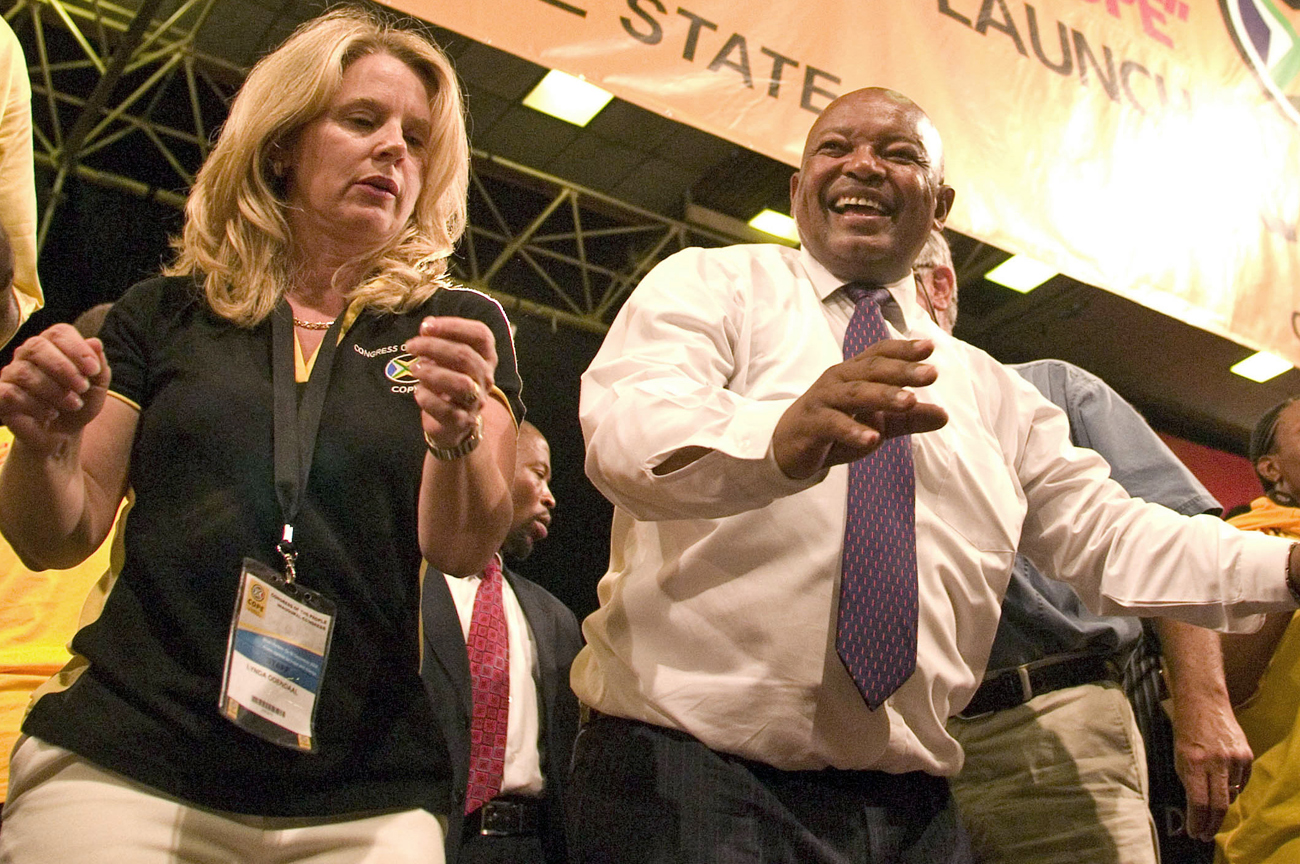 The Congress of the People’s former top woman's decision at once demonstrates the barren, one-horse-race nature of South African politics, the fickleness of politicians - even those plucked out of nowhere - and the continuing failure of Cope.

The news that former deputy leader of Cope, Lynda Odendaal, has joined the ANC is as depressing to them as it was inevitable. It’s hard to imagine a political party which has managed to wrest so little advantage from the fortuitous gifts granted to it by the party in power.

With the ANC’s leader and the country’s president the subject of scandal after scandal, the alliance at loggerheads once again and the economy in poor shape, it might be easy to imagine an opposition party profiting from this disarray. But somehow Cope has contrived to miss almost every opportunity proffered. It is in such disarray itself that it somehow manages to make even the ANC look organised these days – an almost impossible feat.

Odendaal was the surprise new figure in Cope when the party was launched, the hope of a new and fresh political figure among a pantheon of comparatively well-known party hacks. Yet now she has followed the example of a pantheon of party hacks who have deserted their own parties for the ANC.

Odendaal said that during her hiatus she had taken time to study the political landscape and avoid the “stupid mistakes” of her early career, according to the Times. She makes it seem somehow difficult to understand something so blindingly obvious; that the ANC dominates the political scene, and being in the opposition is a complex, grinding and arduous affair. If she did not know that when she joined Cope, then the ANC truly has a political novice on its hands.

“I’m not politically naive anymore,” she said, a backhanded acknowledgement that she once was. It also says a lot about her now following the pragmatic road, her true feelings and convictions notwithstanding.

Yet the problems do not lie only with Odendaal. When she left Cope she said she was disillusioned at the uncertainty around Cope’s leadership. It’s significant that now, seven months later, that uncertainty has not abated. The internal struggle between supporters of Mosiuoa Lekota and Mvume Dandala still transfixes the party, making it seem a bit like a rabbit caught in the headlights.

Much of this failure must be lodged at Dandala’s door. Dandala’s credentials for leadership were strong, and he is no doubt a man of integrity, but he has not risen to the challenge organisationally or intellectually. Almost a year after the election, he remains almost unknown and has not managed to make any kind of impression on the ideas of politics, never mind forging a coherent philosophy for the party behind which supporters could rally.

Yet Lekota shares some of the blame too. If he thinks he should lead the party, he should have made his intentions known some time ago and let the organisation decide once and for all.  Better to resolve the issue harshly but cleanly than to allow the party to slowly bleed to death as the ANC snipes away at its leadership base – and its former leadership base, as it happens.

Lekota may find that he ends up at the head of the organisation, but so many casualties will have been suffered that there will be no troops left to lead.

Odendaal’s jump constitutes another skirmish lost in that battle.

Photo: Lynda Odendaal and Mosiuoa Lekota dance on stage after being elected leaders of Cope at its conference in Bloemfontein, December 16, 2008. REUTERS/Rian Horn