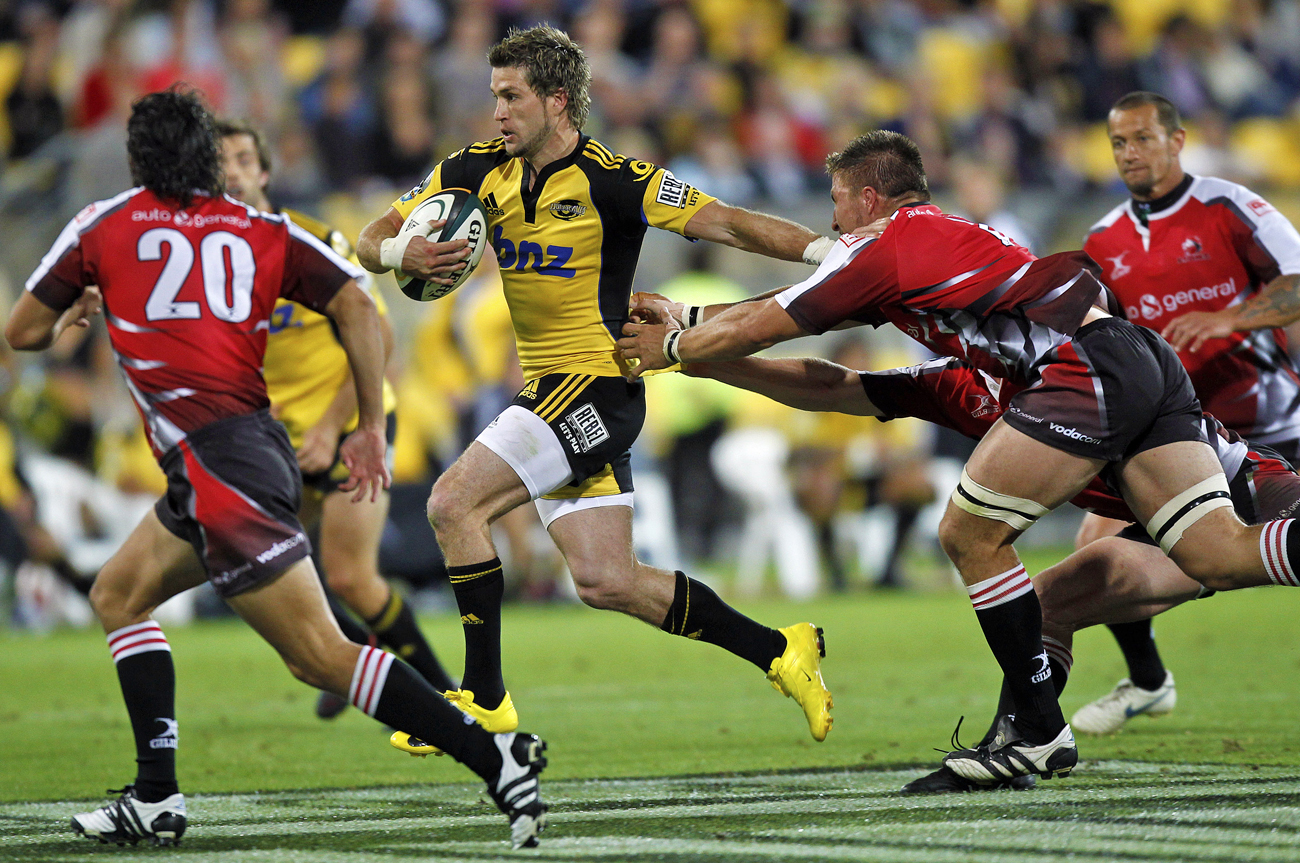 The Vodacom Bulls kept South Africa’s sporting blushes at bay this weekend, as the other SA rugby sides did little to inspire confidence in the Super 14 – and the Proteas cricketers did little to escape their “chokers” tag in India. The Bulls ran in four tries, as Loftus cheered for a new Hougaard, Francois this time instead of the sure-footed Derick, in a spirited second-half 48-38 victory over the Waratahs.

This victory’s significance might be in danger of being overplayed in weekend sports wrap-ups were it not for the fact that the New South Wales franchise was a side filled with seasoned Australian Wallabies, and that the Bulls had to dig deep for a come-from-behind win, again featuring the metronomic kicking of Morné Steyn.

Not just in Pretoria are the hearts all a’flutter – Steyn did get married in a white suit after all – but it seems SA has a consistent, big-match temperament, game-winning flyhalf in its midst – all features that the gifted, but sadly erratic Ruan Pienaar of the Sharks seems to have lost.

It’s only the third week of the tournament, but already the armchair pundits are weighing in on this eternal South African conundrum about the flyhalf, at the same time as they’re mulling over how the new rules affect the other great find of last year, Heinrich Brussouw.

Perhaps the most amusing aspect of the Bulls victory is that they did it without their now famous cheerleaders, the Bulls Babes – a dispute between Bulls management and the company contracted to provide the cheering have caused a falling out. Any trip to Loftus in the past few years is worth it just to see how half the stadium is glued to watching the cheerleaders, often in the opposite direction of play. So Saturday’s win is sure to compensate those large-eyed fans.

But it could’ve been a whole lot sadder. By halftime at Loftus Versfeld, it looked as if the final Super 14 of the weekend was going the same way as all the earlier games involving under-par South African teams. The Sharks, Lions, Stormers and Cheetahs – in that order – gave their supporters little to cheer about.

The Cheetahs went down 24-31 to the Highlanders in Bloemfontein, the Hurricanes blew the Lions away 33-18 in Wellington, the Stormers slumped to a 17-19 loss against the Brumbies at Newlands and kicking off the weekend in Christchurch, the Crusaders humbled the Sharks 35-6. That totals 111 points against, 74 for – but two thirds of those were scored by the Bulls alone.

Anyone who didn’t get up early for the 8am Sharks and Lions games on Friday and Saturday respectively would’ve been glad they’d slept in. Neither had much to write home about, with the Lions defence not improving since the record 72-65 loss against the Chiefs the week before. What should make us more worried? That the Lions leak so many tries or that their new coach, assistant Springbok coach Dick Muir, keeps telling us there is nothing wrong with their defence? New recruit Carlos Spencer hasn’t shown all his silky skills yet, but we know from history (albeit a bit long ago) that when he fires, so do the players around him. Somebody buy him some Nandos Extra Hot quickly.

Muir was part of the Sharks playing personnel during their rise in the Super 14 – and the Durban team is a shadow of its former self this year, losing three out of three games already. A side with several big-name Springboks – including the front row of Bok captain John Smit, Bismarck du Plessis and Tendai Mtawarira; as well as Pienaar, JP Pietersen and the up-and-coming Jean Deysel – should be doing better, especially with lots of experienced players like Johan Muller. Last year the Sharks imploded after a good run at home and several unexpected overseas victories. This year they have carried on with the same bewildering lack of focus and enterprise.

The Stormers appear to have found some of their lost vigour, but losing as they did to the Brumbies at home is unforgivable in an unforgiving tournament where not only bonus points, but the four-point wins, count at the end.

The Hurricanes kept their unbeaten Super 14 record this season, but were unconvincing in their 33-18 win over the Golden Lions. They were a poor shadow of the side that overpowered the Western Force last week. The Lions came back to 21-15 after a good spell, but the Canes scored a bonus-point try to seal it.

The Crusaders still look a little fragile after their loss to the Queensland Reds the previous week, despite thumping the woeful Sharks 35-6 in Christchurch on Friday. They scored four tries to none, with two in the last 10 minutes, and will be thankful for the return of skipper Richie McCaw.

The Brumbies are the only Aussie side in the top half of the Super 14 log, following a dramatic 19-17 win over the Stormers in Cape Town. Flanker George Smith dotted down a late intercept try, and then the South Africans replied after the final hooter. But Stormers fullback Joe Pietersen missed the conversion for a draw.

The Blues took a 27-18 bonus-point win over the Reds, who upset the Crusaders last week. The Reds ran in a 60m try after just two minutes, and then went 10-0 up on a penalty. But thereafter, the Blues’ pack began to show their dominance in wet and slippery conditions, in a six-try fest that saw good skills.

The Chiefs stormed to a comfortable 37-19 win over the Western Force in Perth. The side from Waikato made it three wins from three away games as they picked up a bonus-point. Their defence was much improved after dropping 65 points in their incredible 137-point battle against the Lions in Johannesburg the previous week.

The Highlanders beat the Cheetahs 31-24 in Bloemfontein in a match that saw the television match official ruling on five possible try-scoring opportunities. The New Zealanders outscored the Free State squad by three tries to two. They’ve now won all five of their encounters since the beginning of the Super 14.

The Bulls have a week off after their intense battle with the Waratahs. After being down 17-0 in the first 10 minutes, the Pretoria side recorded a 48-38 win over the Canberra squad in a 10-try thriller. The Bulls were down 26-17 at half-time, but roared back in the second half.