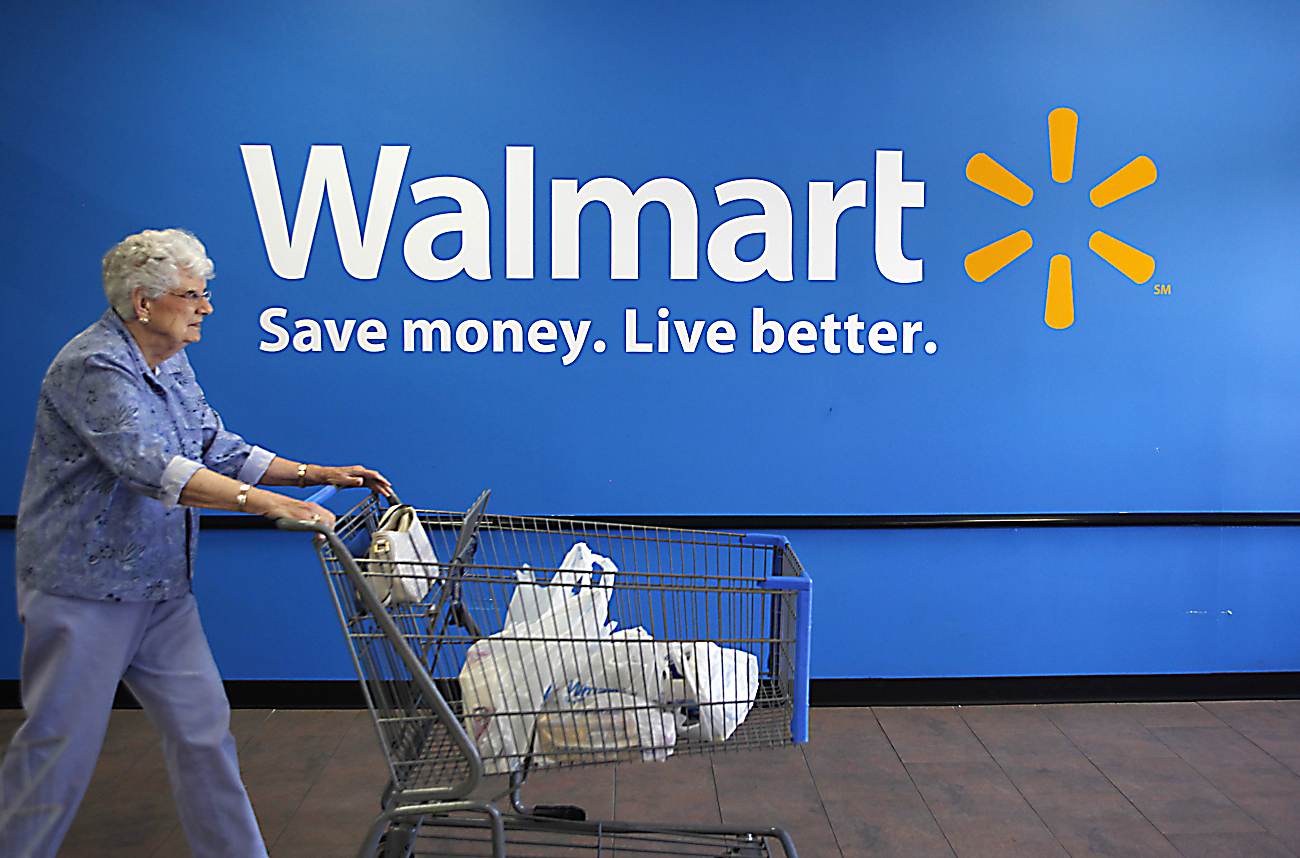 Wal-Mart plans to do its bit in fighting global warming, and it seems that it can do quite a lot. The retailer has pledged to cut 20 million metric tonnes of greenhouse gas emissions from its global supply chain by 2015, saying this is equivalent to taking more than 3.8 million cars off US roads for a year. Its suppliers will be required to reduce emissions in the sourcing, manufacturing, transportation, and disposal of thousands of products. Wal-Mart says the result will mean lower costs for the chain, and lower prices for customers. The group says it hopes one day to use only renewable energy and create zero waste, so it’s already increased the use of solar power in its operations and plans to measure the environmental impact of each item in its product-range. The US is the world’s second-leading emitter of greenhouse gases after China, so it’s good to see a giant like Wal-Mart being a pro-active corporate citizen. But it’s failed on this score before, and has a lot to get right. Photo: Reuters.

A 2008 merger that bound together former rivals, Sirius Satellite Radio and XM Satellite Radio into Sirius XM has seen the combined company post its first quarterly profit after Liberty Media took a 40% equity stake in the company in early 2009. It now expects to add 500,000 new subscribers in 2010 as the recovery in the US car market increases demand for its products. Things are seemingly looking up for the company after its near-bankruptcy a year ago, with profit of $14.2 million in the last three months of 2009, compared to a loss of $245.8 million in the same period a year ago. Its shares have rocketed from 5 US cents to $1.07, and market capitalisation is now about $4.1 billion. Along with a rise in average revenue per user and lower subscriber costs, the company says it is set to grow from strength to strength.

In a long-running court case, Kmart’s former boss Charles Conaway has been ordered to pay more than $10 million for misleading shareholders ahead of the firm’s 2002 bankruptcy. The chain of discount department stores exited bankruptcy in 2003, later acquiring Sears, Roebuck and Co under new management, and forming Sears Holdings Corp. The court says Conaway played a central role in securities violations and gave false testimony under oath about the retailer’s prospects before the bankruptcy. Along with former president Mark Schwartz, Conaway he is said to have lied about the company’s financial crisis, while using company money to buy himself aircraft, houses and boats. The Detroit court issued the ruling in a civil case brought by the US Securities and Exchange Commission. The judge fined Conaway $2.5 million, and ordered him to return a $5 million loan and about $2.7 million of interest.

General Motors is desperate to get rid of Hummer, after a deal to sell the brand to a little-known Chinese industrial outfit collapsed. Chinese authorities have scotched the sale to Sichuan Tengzhong Heavy Industrial Machinery, because they don’t want big military-style vehicles on the country’s congested roads. So, GM is now approaching previous bidders for Hummer, according to Reuters, whose offers it turned down last year. That should give them plenty of leverage on the $150 million sale price that Tengzhong was to pay, which was already some 70% less than a court-evaluated price for the business. It seems other Chinese companies are among firms contacted by GM, although some have only expressed interest in buying part of Hummer’s assets, such as tooling and equipment. Earlier news reports said that GM will now wind down Hummer.

India’s Finance Minister Pranab Mukherjee says the economy may grow at 10% in the near-future. The current rate is 7.2%, so that’s a massive increase, especially in a country of more than a billion people. This would allow the minister scope for raising excise and service taxes, and help bring down the budget deficit to 5.5% of gross domestic product in 2011, from 6.8% now. Along with China, India is the world’s fastest-growing major economy. It’s now scaling back stimulus measures to head off inflation and asset bubbles that have emerged during a booming recovery. By slashing the deficit, the country hopes to send the right message to international investors worried about debt in the Eurozone economies of Greece, Portugal and Spain.

Hong Kong airline Cathay Pacific will take a 49% interest in a $474 million cargo joint venture with Air China to tap growth in China’s Yangtze River Delta region. The Delta houses thousands of factories that manufacture for China’s massive export-base. In return, Shanghai-based Air China Cargo will buy four Boeing 747-400 BCF converted freighters and two spare engines from Cathay and its Dragonair subsidiary. The venture is intended to help the parties compete better with China Eastern Airlines, which has about half the Shanghai cargo market after it merged with Shanghai Air.

Gap to take the gap overseas

US clothing retailer Gap, the owner of Gap and Banana Republic clothing stores, has posted a 45% rise in profits in the fourth-quarter, driven by its low-price Old Navy chain. It now wants to increase market share across its North American businesses, and is seeking growth abroad. The San Francisco-based group has seen double-digit earnings growth for three successive years, by slashing inventory costs amid slower sales, and repositioning Old Navy to attract prudent shoppers. The company intends to take the gap and open stores in China and Italy in 2010, while expanding Banana Republic in Europe, and offering Web-based sales in Canada, the UK and nine other European countries.

Apple boss Steve Jobs says he wants the iPhone maker to keep its hefty $25 billion cash surplus, rather than give it back to stockholders. Jobs says that instead of paying a dividend, the money gives Apple security and flexibility to buy another company by writing a cheque instead of borrowing money. The maker of the iPhone and iPod is keen to expand its latest technologies onto different mobile platforms and devices and tackle the China market, and says it wants to open as many as 25 retail stores there in the next two years.