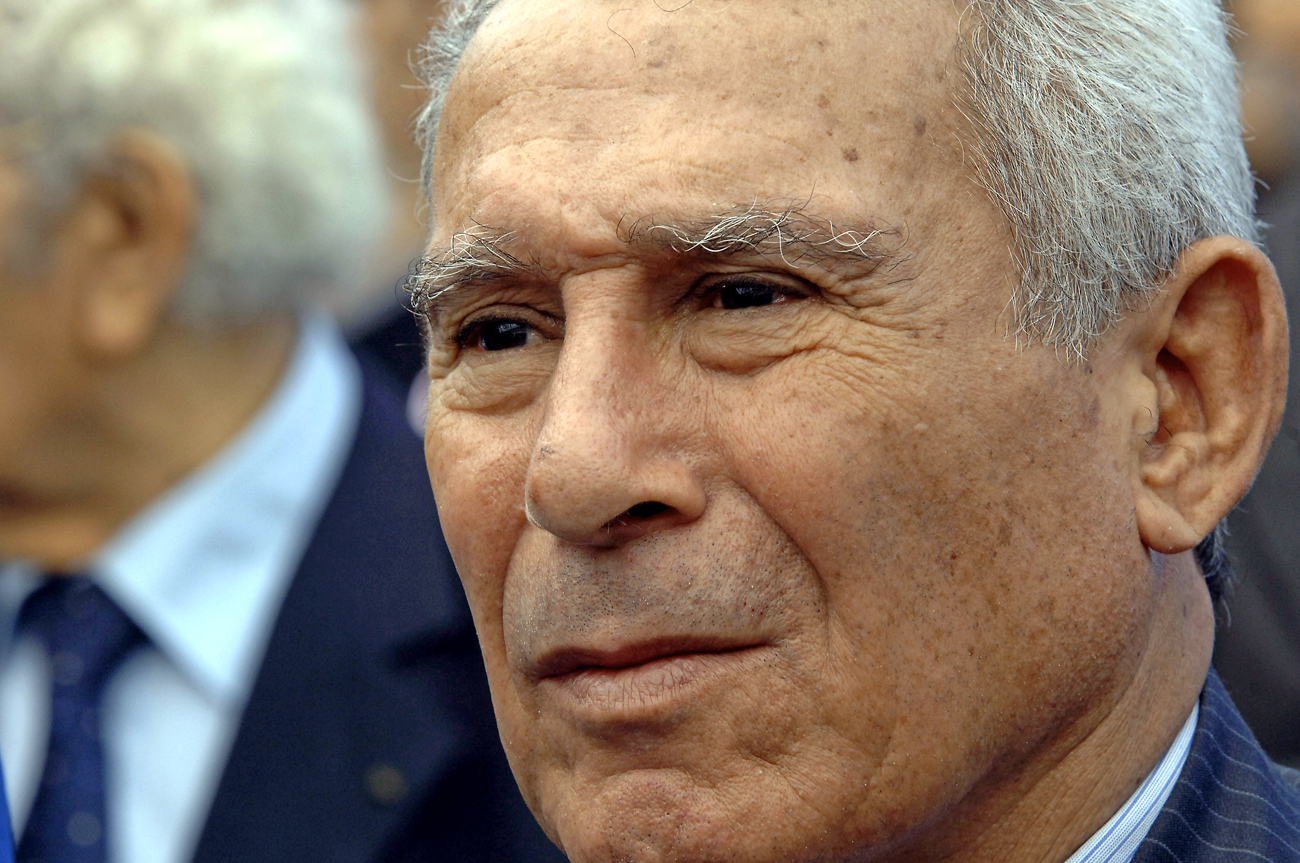 Algeria’s national police chief Ali Tounsi was shot dead by a colleague who went berserk, according to officials. They say there’s no link between the top cop’s death and al-Qaeda militants who’ve been fighting Algeria’s government for years. But the police play a big role against the Islamist insurgency, so many people will be wondering whether this is true. Ali Tounsi was killed during a meeting and a judicial enquiry has been opened to determine the sequence of events. Reports say Tounsi and another senior police official were arguing. The attacker also shot himself and is now in a poor condition in hospital. Sounds like it was big egos after all.

Photo: Algeria’s national police chief Ali Tounsi attends the funeral for war veteran Abdelkader Boumaaza, in Algiers, in this November 8, 2009 file photo. Tounsi was shot dead during a meeting at his headquarters on February 25, 2010 when a fellow officer fired his pistol in a fit of insanity, the Interior Ministry said. Reuters.

French President Nicolas Sarkozy said on a visit to his Rwandan counterpart Paul Kagame that his country wants all those responsible for the killing of some 800,000 people in Rwanda’s 1994 genocide caught and punished. The French and Rwandans recently struck up diplomatic relations again after a three-year hiatus that stemmed from accusations and counter-claims over the slaughter. A Paris judge accused Kagame and his aides of shooting down former President Juvenal Habyarimana’s plane in April 1994, and precipitating the murders. The Rwandans in turn accused former President Francois Mitterrand’s government of training and arming the Hutu militias behind the killings. Sarkozy didn’t make an official apology for his country’s role in the killings, but said it made a serious error of judgement over the scale of Rwanda’s problems and that led to tragic consequences.

So much for Sudanese President Omar al-Bashir’s declaration that the war in Darfur was over. A week into a ceasefire between Sudan’s government and Darfur rebel group the Justice and Equality Movement, a faction of another group of fighters – the Sudan Liberation Army – claims the government sent in Russian-built Antonov and MiG aircraft backed by helicopter gunships to flush them out. The SLA itself didn’t agree to the ceasefire, because its exiled leader says he won’t join peace talks until Arab Janjaweed militias are disarmed. The militias are said to have the backing of government against black African rebels in an ethnic conflict that has taken some 300,000 lives. A truce signed last week between Chad and Sudan over proxy wars in Darfur held out hope that peace was achievable. Some hope.

Nigeria’s Acting President Goodluck Jonathan is still in charge of the country of 140 million people, despite the return of President Umaru Yar’Adua from a Saudi Arabian hospital. The ailing leader suffers heart problems and his three month absence has sparked a power struggle that may get worse ahead of elections next year. One minister says Jonathan will stay on as acting leader, until parliament reverses a resolution which gave him executive powers. The country’s courts have returned varying judgments on the matter of what constitutes an official transfer of power and some interested parties say parliament’s act was illegal. This further fuels the belief that government work has been paralysed in one of Africa’s biggest oil producers. For many observers, Yar’Adua’s secretive return to the capital, Abuja, this week hasn’t shed any light on who’s in charge. Jonathan hasn’t seen him yet, as Yar’Adua’s wife is holding the key to the door. But others say it’s all sorted.

Zambia signed a mining cooperation pact with China that increases by an unspecified amount the $1.2 billion it’s already invested in Africa’s largest copper producer. The deal covers construction of a road and industrial park, among other forms of technical and cultural engagement, according to Reuters. China’s the country’s single biggest single investor, so the meeting between President Rupiah Banda and his Chinese counterpart Hu Jintao at China’s Great Hall of the People will consolidate the fact. While the Chinese have been investing heavily in infrastructure and minerals all over the continent, in Zambia there’s already been a populist backlash over alleged poor working conditions under Chinese employers. Opposition candidate Michael Sata ran on an anti-China ticket in 2006 elections, saying Zambia is for Zambians.

The Paris Club has forgiven almost half of the Democratic Republic of Congo’s $6.9 billion debt, with $1.3 billion cancelled and almost $1.7 billion rescheduled, while debt service payments were deferred until mid-2012. This comes after the country qualified for an International Monetary Fund debt-relief programme. The nation’s central bank says it’s now waiting for cancellation of 90% of its debt once the DRC reaches a June completion point under the Highly Indebted Poor Countries initiative. That leaves some $1 billion of outstanding debt, which the bank says the nation can afford to pay back.