25 February: Nigeria’s president back home after heart treatment, but what’s next? 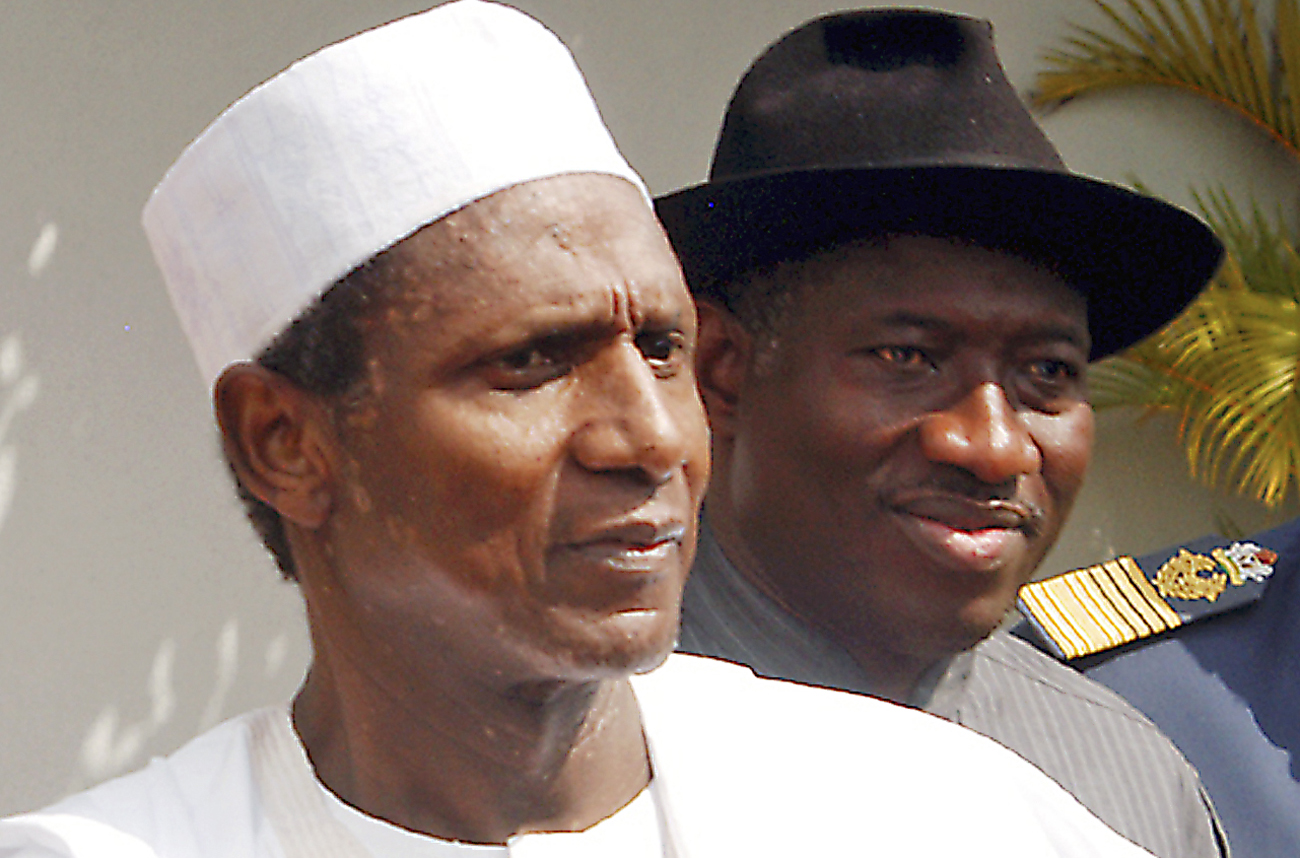 Nigeria’s president back home after heart treatment, but what’s next?

The cat’s back, but the mice might still play on. Nigeria’s been on shaky ground ever since Nigerian President Umaru Yar’Adua went to Saudi Arabia for heart treatment. He’s just returned home after three months, but whether this is enough to stop the lust for power behind the scenes, ahead of elections due in the first part of 2011, is uncertain. He arrived home in the nation’s capital, Abuja, in the wee hours on a plane from Jeddah. An ambulance was waiting on the tarmac. Yar’Adua didn’t attend the weekly cabinet meeting, so it’s not clear if he is well enough to resume office. Earlier in February, vice president Goodluck Jonathan became acting leader, as senate and cabinet members clashed over a perceived power vacuum that disrupted government business. The country’s media barons joined calls for Yar’Adua to step down and demonstrators marched through Nigerian cities. Reports say senior cabinet ministers were locked out of the decision-making process while he was away. Photo: Reuters.

Al-Qaeda’s Islamic Maghreb branch (its North African wing) freed a French hostage abducted in Mali in November, after four of the group’s militants were released from a Malian jail. Neighbouring Mauritania subsequently withdrew its ambassador to Mali, saying the Malians broke a bilateral security agreement by freeing Osama bin Laden’s acolytes. It’s believed one of the militants is Mauritanian, while two others are Algerians. Aid worker Pierre Camatte has now been taken to the Mali capital, Bamako, leaving three Spanish hostages and an Italian couple kidnapped in Mauritania in the hands of the rebels. Al-Qaeda threatened to kill Camatte, but the Malians say this had nothing to with his release, claiming the militants served their time in jail. But the “prisoner swap” has angered both Mauritania and Algeria as al-Qaeda also operates in their territories.

Ivory Coast formed a new government that includes both main opposition parties, after President Laurent Gbagbo dissolved the government as well as the electoral commission, setting off deadly street protests. Gbagbo said non-Ivorians were being added to the electoral register, but critics say he just wanted to rub out any votes against him. The opposition initially said it wanted nothing to do with the new administration, after Gbagbo’s actions further delayed a loosely-scheduled March election that’s been postponed time and again for the past five years. The polls were supposed to reunify a country split into a ruling south and rebel-held Muslim north at the end of a 2002/03 civil war. Many ministers now reoccupy senior positions they held before. How this will resolve the election crisis is anybody’s guess.

A Virginia man has been charged with trying to help hundreds of Somalis illegally enter the US. That’s a pretty risky thing to do, as Somalia’s biggest Islamist rebel group recently claimed it had joined al-Qaeda’s global jihad. Anthony Joseph Tracy confessed he had helped about 272 Somalis get fraudulent visas through the Cuban embassy in Kenya. He also told US authorities that he was approached by the radical Somali al-Shabaab group when he was in the east African country, but had refused to assist them. So, now the US homeland security mob is giving him the once-over, especially as it’s not clear how many Somalis entered the US with Tracy’s help. Tracy converted to Islam while in a US prison in the 1990s. He has a wife and five children, but that won’t help him, even if the Somalis he helped were genuine refugees.

Mahamadou Danda has been named prime minister by Niger’s ruling military junta, days after a coup toppled President Mamadou Tandja for trying to extend his 10-year rule by another five years. The military is setting up a transitional government to steer the country back to civilian rule, or so it says. But they’ve been pretty pro-active so far, despite the fact they’ll be appointing all the officials, saying junta members and the transitional government will not be allowed to stand in promised elections. Danda has experience of this sort of thing, having served as information minister in the transitional government that followed Niger’s last coup in 1999. He subsequently worked as an administrator under Tandja. The military’s Supreme Council for the Restoration of Democracy includes several officers who took part in the 1999 coup, which saw a swift return to democracy. It says it’ll do the same thing this time around, and so far has the blessings of the people.

Madagascar coup leader Andry Rajoelina has appointed a new vice prime minister in charge of foreign affairs, Reuters reports. It’s one of three such posts created in an effort to win international recognition. But it’s the same naval man who handed him power in March, when dissident troops ousted former president Marc Ravalomanana. At the time, Ravalomanana asked Ramaroson to form a military government, but he and senior military officers refused and instead installed Rajoelina as head of a transitional government. The coup ended months of violent protests that killed 135 people, so there’s definitely some popular support for what transpired. But numerous attempts to get Rajoelina to share power have since failed, so the African Union says it will apply targeted sanctions against those associated with Rajoelina’s regime by 16 March, unless he reinstates previous power-sharing agreements.