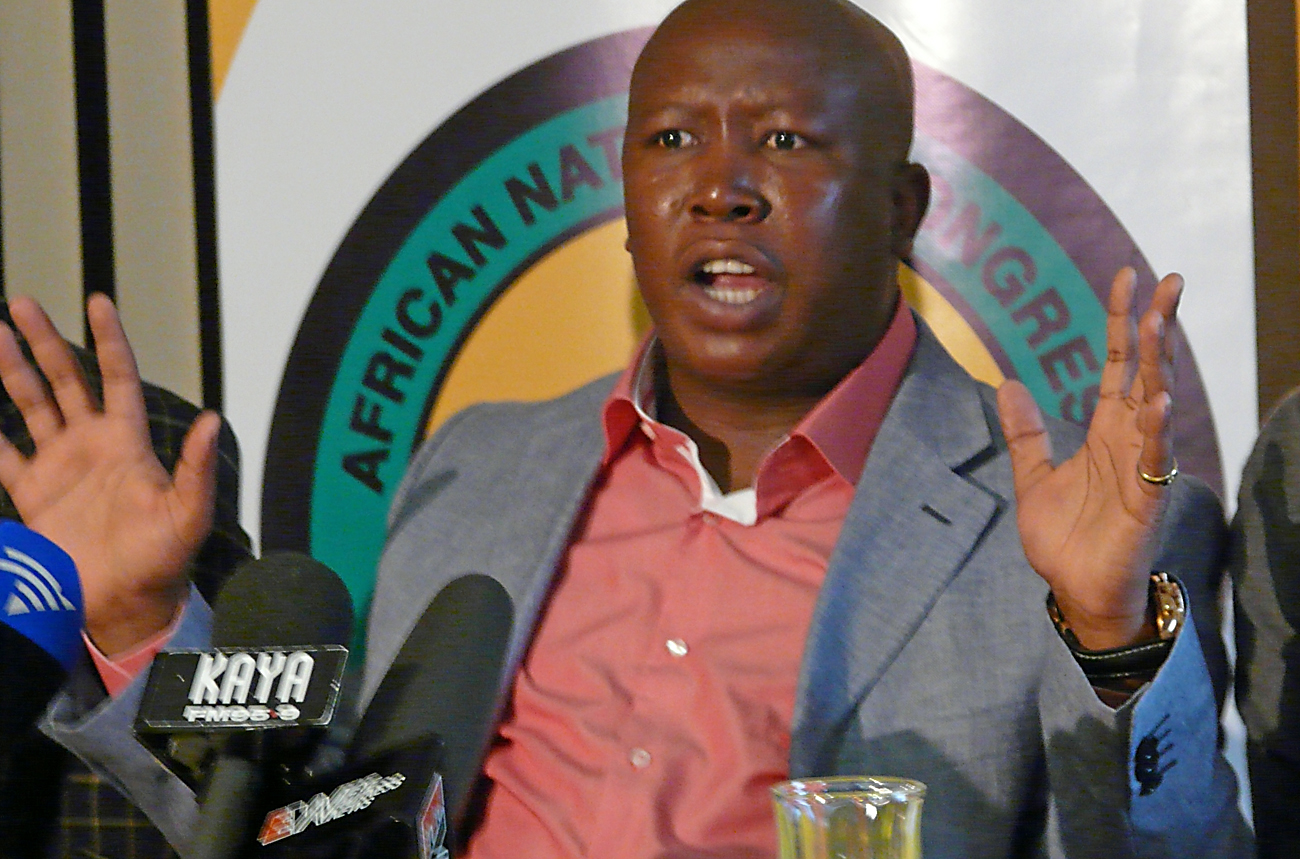 According to the ANC Youth League's leader and its leading light, the world is full of enemies and condescending conspiracies. So we decided to take a closer look at his claims.

A few months ago that wonderful site Hayibo ran a headline, “Malema to blame gays, Jews, next”. It was one of those quintessential lines that captured the man in a nutshell. It was just after he’d blamed whites for his having to appear in the Equality Court.

Malema being Malema, he’s pretty much stuck to that script. But in the interests of fairness, transparency and all of that, we thought we should go through some of his arguments. Partly because it’s the equivalent of reading an improving book, and partly because it’s a good opportunity to have some fun. Malema and fun. You wouldn’t think we would miss the opportunity, would you?

Let’s start with the smear campaign argument; that he’s the victim of people who are plotting against him. This is probably true. There are undoubtedly people plotting against him. If you’ve spent years working your way up through the union movement, fighting the truncheons of apartheid, and now some whippersnapper comes along and claims he’s the most important person in the land, well, the temptation to bring him down a peg or two must be enormous. Wouldn’t you?

But of course, as we’ve mentioned before, Malema has plenty of enemies. The more interesting ones are in the ANC itself. There’s a reason why the ANC isn’t saying anything about him. It’s because Gwede Mantashe is the person who would have to do it; as secretary general, he runs the party. And Mantashe knows that if he says anything, it’ll look like he’s abusing his position to slap Malema down. You know, to fend off the attack from Fikile Mbalula. So we have the unedifying spectacle of the ANC appearing to condone Malema’s every move. Complicated, isn’t it?

Then there’s the argument that it is “unethical journalists who sleep with their sources”. Even by his rich standards, it’s a wonderful soundbite. Of course, it’s also pure bollocks. He can blame the media as much as he likes, but as someone well-versed in these matters who’s relatively close to Malema put it to us recently, “attacking the media never works”. The fact is that if Malema did mention a name here, he would be sued, providing us with even more entertainment. So he won’t. But he knows it plays well with his gallery, so he’ll continue to spout it. And the media, being stuck between the rock of having to report being criticised, and the hard place of knowing that anything Malema says will boost ratings, ends up running it quite prominently. As a result, that message sinks through, perhaps battering the image of the media a bit, and probably strengthening Malema’s case with his own audience. But that doesn’t stop it from being pure nonsense.

Not much more sense is injected in his claim that he’s being targeted by a combination of left and right. That’s right, by his version, the left are angry with him because he won’t support their candidates, and the right, the owners of the means of production, because he’s pushing nationalisation. Can you imagine the conversation, Jeremy Cronin and Cynthia Carroll sitting down together to discuss Malema? She with a cut-crystal glass in hand, and Cronin, perhaps with a 450ml Coke from the Cosatu House vending machine. Doesn’t make much sense, does it?

But it’s the string of ever-changing statements on Malema’s vanishing directorships that really takes the cake. That’s the one that actually shows all his weaknesses, his defects, and, in reality, amounts to a confession. On Monday Malema said he hadn’t signed any documents to resign from his companies. On Tuesday morning it emerged that Cipro (the Companies and Intellectual Property Registration Office) only considers a director to have resigned, if said director has actually personally signed a resignation document. So Malema had to take it one step further. He then told Talk Radio 702’s Redi Direko, that he could prove he’d resigned. That he somehow suddenly and miraculously had documents. But when challenged on this, his argument, his weakest yet, was “I don’t have to prove it to you, I owe you nothing”. That’s right out of the “nah nah nah nah nah” playground. He knows, he has proof, but he won’t show it to us. Of course, this proof doesn’t exist. In court, he would have to show the proof; in the court of public opinion, he doesn’t. But without it, he’s going to lose.

Still, perhaps the real story here is not so much watching Malema twisting and squirming on the hook. It’s that Fikile Mbalula’s bid to become ANC secretary general could now be all but over. The former young lion could now be just a couple of months away from becoming a political nobody.