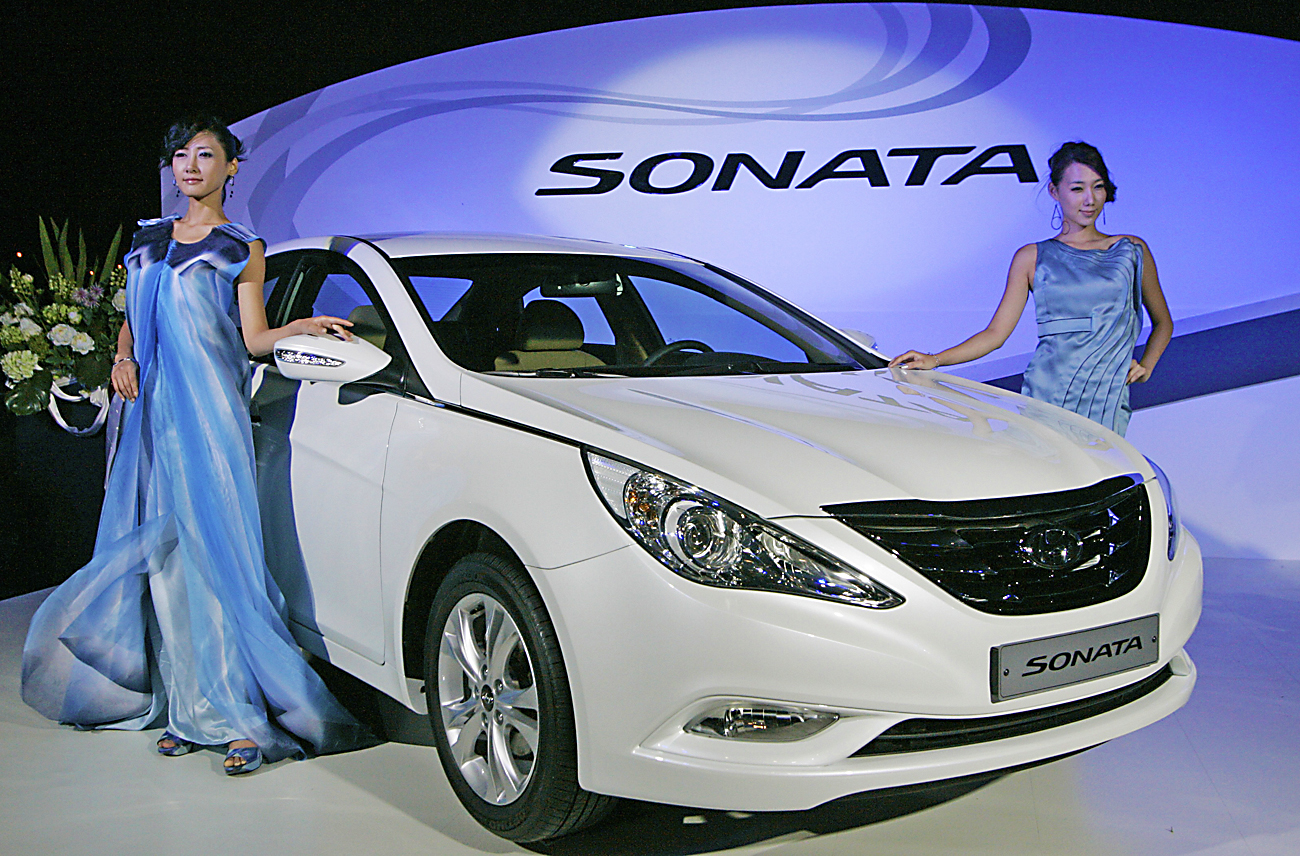 Hyundai will recall some 46,000 Sonata sedans in the domestic market and another 1,300 in the US, saying it would also suspend US sales of its 2011 Sonata. It hasn’t yet said which years of manufacture the recall will affect, but it seems the vehicles have faulty door latches and Hyundai doesn’t want to end up like Japan’s Toyota, which has been criticised by US authorities for its poor response to concerns over defects. The South Korean manufacturer was the only major car maker to increase sales in the battered US market in 2009, targeting potential Toyota customers fazed by the recall of some 2.3 million vehicles there. Now that it has its own problems, the company’s stock dropped as much as 4.3% in early trading in Seoul, after soaring 13% since Toyota’s woes spiralled out of control. Photo: Reuters.

Safety belts on and cross-check cabin doors. This may be one hell of a ride. Reuters reports that a visit by European Union inspectors may cause Greece to decide on further measures to cut its 12.7% annual budget deficit ahead of a 16 March deadline. The nation’s $270 billion debt pile has threatened the stability of the eurozone, so the Greeks are now trying to convince their masters in Brussels that a civil service pay freeze and cuts in state benefits will shrink the budget deficit by 4% this year. The 8.7% remaining will still be way above the EU limit of 3% of gross domestic product, after the Greeks splurged heavily over past years and spent freely on the 2004 Summer Olympics. The parties are still in talks over the country’s stability and growth programme after markets upped the premium on Greek bonds when they found out that Greece’s deficit was three times bigger than originally forecast. The country’s finance ministry says that the EU, the European Central Bank and the International Monetary Fund now have their own estimates on the debt and are doing cross-checks. Let’s hope they have a good flight.

Just do it! China’s banking regulator has restricted commercial bank lending to the financing arms of local governments in a bid to stave off inflation and limit the potential risk of loan defaults. The country’s red-hot real estate market has put a question mark over whether the nation’s booming return from recession is sustainable. A spate of lending by state-owned banks and a $600 billion government stimulus programme helped China beat the worst of the global economic collapse. But land prices doubled nationally in 2009 and the prospect of a huge asset bubble has prompted authorities to aim to slow the flood of loans by some 80% in 2010. While the West relies mostly on interest rates and other fiscal tools to cool markets, China’s authorities just say “don’t do it”.

What a bummer. General Motors failed to win Chinese approval to sell Hummer to Sichuan Tengzhong Heavy Industrial Machinery Company. GM is trying to offload its Hummer, Pontiac, Saab and Saturn brands to refocus on Chevrolet, Buick, GMC and Cadillac after exiting bankruptcy last July. Tengzhong, a private maker of special-use vehicles and construction materials and machinery, agreed to buy Hummer for $150 million, some 70% less than GM’s valuation. But Chinese authorities want citizens to drive cars with 1.6 litre engines and smaller, and don’t want the military-style beast that is the Hummer on the country’s roads. The ever-sensitive Chinese say they haven’t blocked the deal, but haven’t yet received an application from the parties for the acquisition.

Twitter will now feed Yahoo homepages, email accounts, Yahoo Sports and other sites in a content-sharing agreement that includes Twitter in Yahoo search results. The partnership will also include real-time public Twitter updates in Yahoo News, Finance and Entertainment. Yahoo did a blogging-cum-social-networking deal with Facebook late last year that enables Facebook aficionados to view and send updates from Yahoo sites and put up Flickr photos. But in trying to keep up with the pack, the company now says it will also use Twitter’s public data stream to improve the relevance of content across its websites, allowing tweets to travel all around the world at once. It’s a pretty “tweet” deal, that will have micro-bloggers twittering away across much more time and space.

Employees at New York banks and securities firms don’t even know there’s been a huge recession – one that’s largely of their own making. It’s seamlessly passed them by after record profits in 2009 saw the masters and mistresses of the universe take home an estimated $20.3 billion in annual bonuses, according to the New York State Comptroller. The money’s way up on the $17.4 billion in bonuses for 2008, the year global markets crashed on the back of Wall Street’s sub-prime mortgage disaster. The comptroller’s reckoning comes from the personal income tax receipts of industry players. Hard-pressed ordinary Americans are likely to cry foul, despite more money flowing into public coffers. That’s because many of the bonuses are in the form of deferred stock, which is not immediately taxable, making the likely payment total far higher than $20.3 billion. Compensation at Goldman Sachs, Morgan Stanley and JPMorgan Chase’s investment banking arms rose an aggregated 31% last year. Recession? What recession?

Intel announced it’s leading the Invest In America Alliance, bringing 24 venture capital firms and 17 technology companies together to try to create 10,500 new jobs and pour $3.5 billion into clean technology, IT and biotech. The alliance wants to keep American technology companies competitive in a world that’s rapidly playing catch-up – especially to Asia. US investment in education, research and digital technology has declined in past years, despite tens of thousands of foreign students attending American universities and centres of higher learning. Many of the best students in maths, science and engineering are now returning home to Asia, where well-paid jobs and opportunities abound. It wasn’t always like that, but India and China are growing so fast, that US hegemony in the sciences is being threatened.