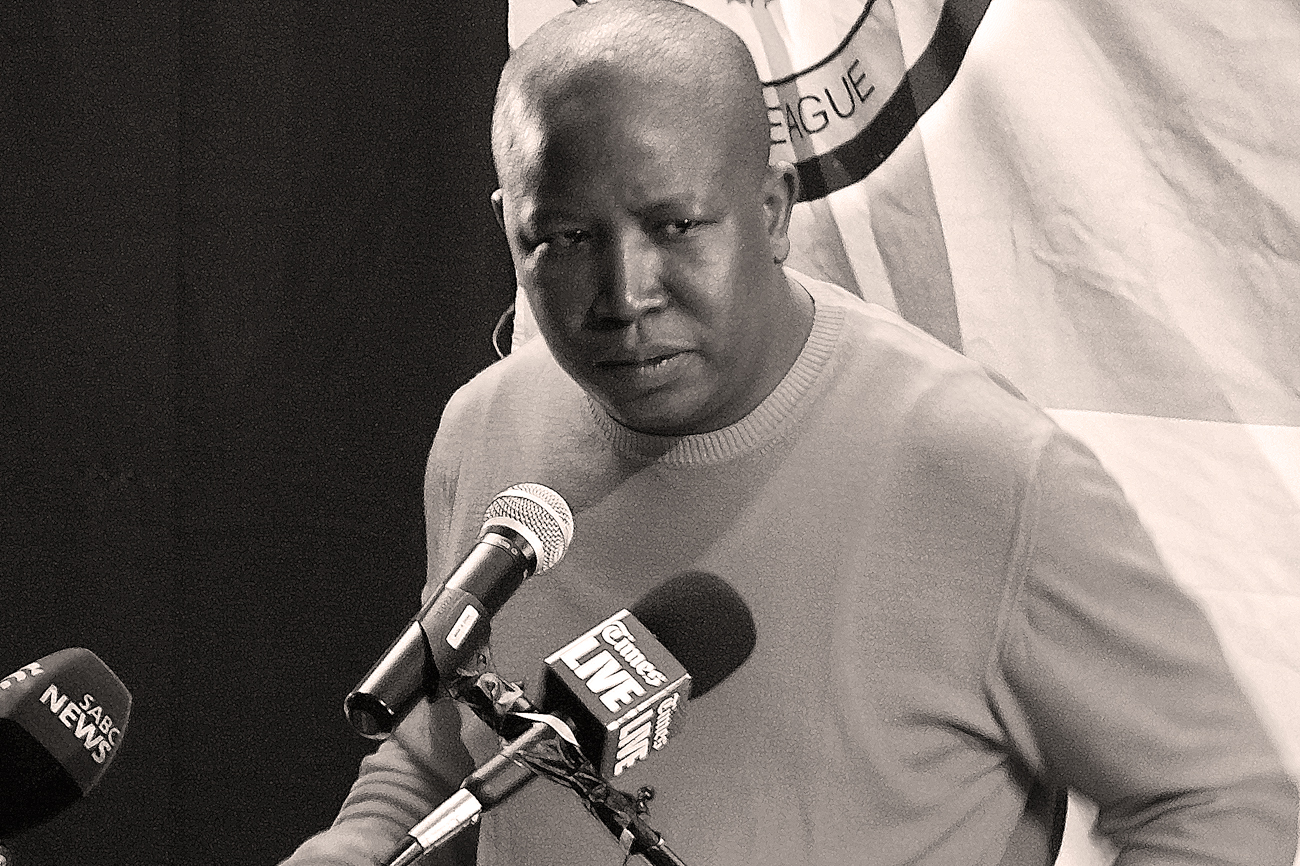 Julius Malema is the angry young man of South African politics. We’ve seen him scream many times so far, we've seen outbursts of anger, we've seen the masterful application of the “he who shouts loudest wins the prize” rule. But never has he seemed as angry as he was at Monday’s Youth League media conference.

Malema is in a really uncomfortable zone now; you know, when someone nails you in your sweet spot. One moment you’re swinging, ready to floor anybody coming your way; next moment you take a breath, and you realise something very, very bad has happened to your body. You realise you need urgent help.

You realise you may not even get up by the count of eight.

Of course, we’re not going to write off young Julius just yet, that would be stupid. But we’ve never seen him under this much political pressure. And what’s fascinating about pressure, is that it’s only when the kilopascals mount up, that you know what you’re made of. It’s also when you make mistakes, when you take your eye off the ball, when you lash out. Even as difficult as it is to know when Malema is lashing out, considering that it is his political default position, this time if different.

You see, we’ve been saying all along that this is about Malema, Mantashe and Mbalula. The Three Ms you might say. Until now Mbalula has been letting Malema do the running for him. He wants to steal Gwede Mantashe’s spot in 2012, on his way to the ultimate prize.

Mantashe has done nothing obvious for months now. He’s looked weak, passive, like he couldn’t do much or doesn’t even really care.

Well now, the giant has shrugged, rolled his neck around and in the manner of those old Northern Transvaal props, walked, rather than jogged, into battle. And the result has been predictable. Young backs lie littered all over the park, with a scrummie straight out of Stellenbosch lying on the ground, plastered in mud.

Mantashe has waited for Malema to fly too high, shout too loud and make too many enemies. And, boy, has he done just that.

Malema knows this. His only choice now is to go on the offensive. He’s doing all the talk shows, holding the press conferences and generally getting his version out there. But, like all of us when we’re under pressure, he’s making mistakes.

The first was to claim he’d resigned from these companies and then admit that he couldn’t prove it. Cipro says he’s still an active director. Okay, Cipro can’t really be trusted, which doesn’t help. But Eyewitness News is reporting that to resign as a director, Cipro has to have your signature. And Malema said on tape, in answer to a direct question, that he hadn’t signed anything. Oops. Forward pass, methinks.

Malema now faces an unenviable task. He has to try to rebuild some credibility. For him this really matters. Not with the chatterati of course: he doesn’t give a flying toss about the media, the liberals, the whites, the black middle class, the people who have something to lose.

It is his core constituency that he is worried about. The downtrodden and poor, the high school leavers who have no chance of finding a job and feel very good when they see the elders afraid of them, the rural people that feel betrayed by the ANC’s non-existent delivery. His base doesn’t know what designer coffee is and is not sure what tomorrow’s meal will be. But they know they’re angry.

If Malema is not their legitimate voice, then he’s nothing. And he’s not looking too much like the voice of the poor these days. His image of a Dom Perignon-swilling Range Rover-driving hard-partying wastrel, is seeping through to his core support base. And that means the only fix is to act quickly and even more combatively. The unedited talk show is a good idea. A couple of rallies with screaming fans would help too.

But it won’t be easy. Until now he’s not had much opposition to anything he’s said, but that has changed decisively. The unions are flexing their muscles. And they can’t be labelled as Cope sympathisers or the voice of white monopoly capital. And to make matters even more unpleasant, every time Malema tries to do something, he’ll come up against opposition. Tough, organised, experienced opposition used to taking no prisoners. And they will go home in buses, not Mercedes C63s.

But his problems are also hurting Mbalula. His campaign for Mantashe’s post is going nowhere. And if he doesn’t do something soon, his political career is going to end, as deputy police minister.

This kind of thing has happened before. For all of Malema’s talk about the “Young Lions” being the king makers of the ANC, there are plenty of former Youth League members who didn’t amount to much in the grand scheme of things. Some are still in key jobs in the movement, some are not. But it’s the usual problem. It’s relatively easy to be a school prefect. You’re one of 15 in a class of 100. As Malema is finding out, real life is much, much harder.