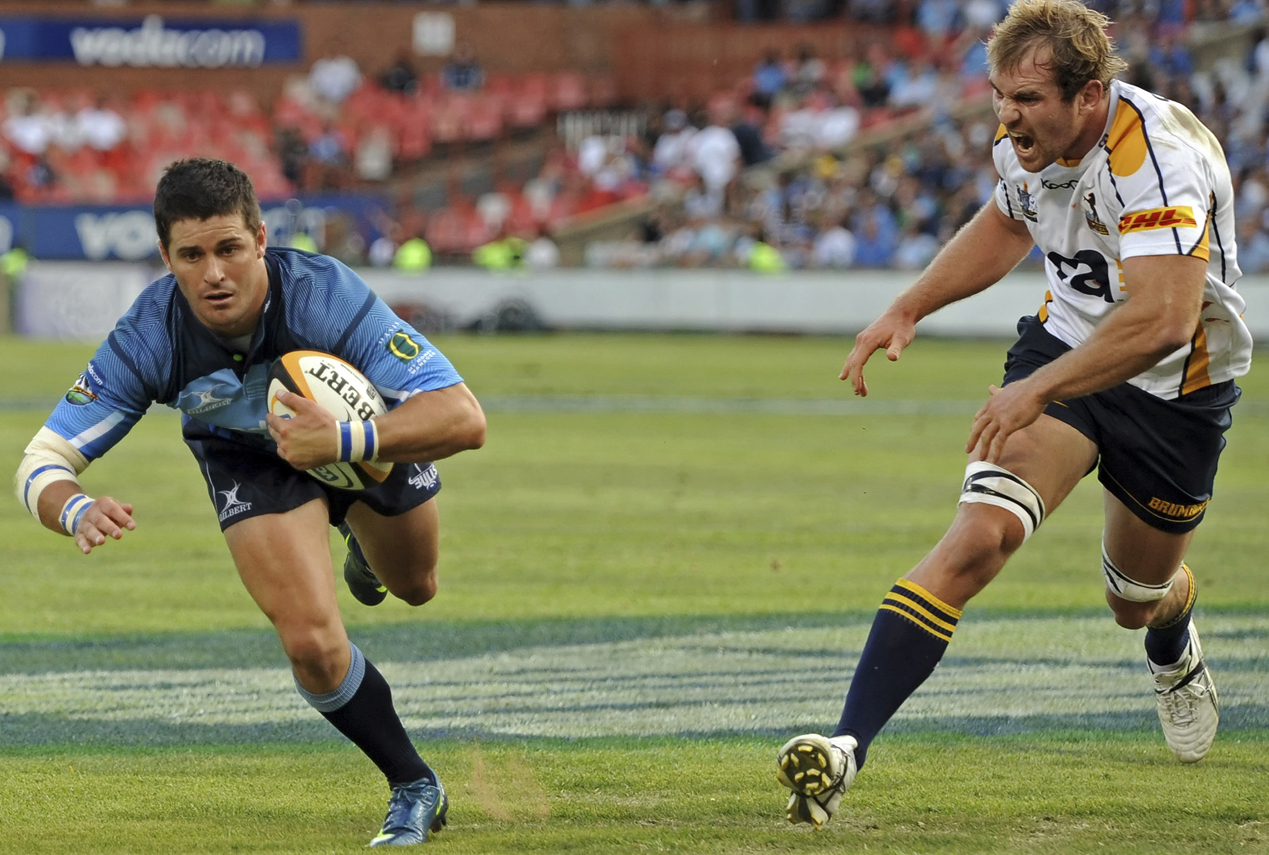 The Bulls went 50 points plus in two matches when they beat the Brumbies 50-32 after an uninspiring start. Their pack came back after the break when the Pretoria side were 21-20 down. Man of the Match, Morné Steyn, scored 35 points, including two tries in the Bulls’ five-try total.

Blues fullback Paul Williams went over for two tries against his old team as the Aucklanders came back from some poor scrummaging, rucking and lineout work to claim a narrow win over the Highlanders in Dunedin. Williams scored tries in each half in the Blues fourth straight Super win over the South Island team.

The Sharks head off across the ocean to face the Crusaders, Brumbies, Waratahs and Highlanders after their 25-20 defeat to the Cheetahs. They lost to the Chiefs last week in the dying minute by one point, and just aren’t firing. It was skipper John Smit’s 100th Super rugby match, and one he’d rather forget.

The Chiefs beat the Lions 72-65 in a record-breaking Super 14 match. The 137 point total came as both teams scored nine tries, with Lion’s newcomer Wandile Mjekevu and All Blacks centre Richard Kahui each scoring a hat-trick, in a game characterised by poor defensive play.

The Hurricanes brushed aside Perth’s Western Force 47-22 in Wellington, after leading 18-8 at halftime. They ran in five tries in the second half by playing an expansive game which saw them make 14 handling errors, but go over for seven tries in total.

The Waratahs take on Super 14 champions the Bulls next week after going down to the Stormers 27-6. The Stormers ran in three tries to none against an uncharacteristically out-of-sorts Waratahs, who lacked composure, concentration and quality execution. Bryan Habana’s move from the Bulls to the Cape squad added to the Tahs’ misery, as he went over twice in the game.