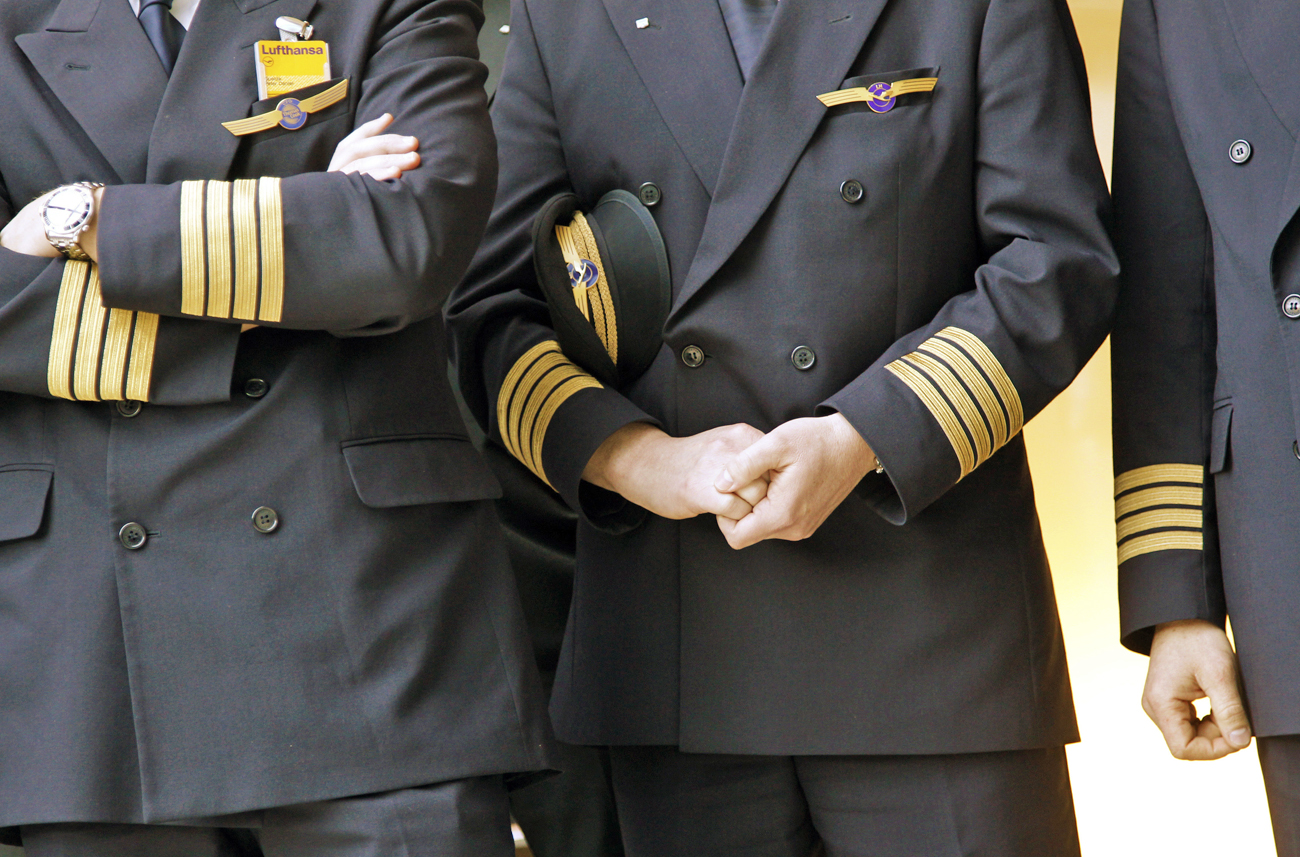 Also today: Soros says eurozone needs better monitoring and institutions; Ford to take on Toyota, but can’t match union deals; Congress opens can of worms over Toyota and US safety regulators; Asians lead world out of recession; AOL paves way for PR journalism; China runs out of workers willing to toil in sweatshops.

German national airline Lufthansa cancelled nearly half its daily flights after more than 4,000 pilots went on a four-day walkout. The strike also affects its cargo and low-budget operations. Europe’s biggest airline by ticket sales says it’s maintaining many domestic flights and short-haul routes in Europe, but stopping lots of its long-haul flights to the US. Flights to Africa, South America and Asia haven’t yet been affected, leaving about 1,000 daily flights of a normal 1,800 a day still operating for now. Lufthansa owns or holds stakes in other airlines including Austrian Airlines, JetBlue in the US and Britain’s BMI, but these carriers aren’t affected. Lufthansa pilots want more employment security to prevent their jobs from migrating to neighbouring countries with laxer labour laws. Photo: Reuters.

The doyen of European investors, George Soros, says the EU needs sharper monitoring tools and bolstered institutions to shape conditional assistance for financially errant members. A well-organised eurobond market should help, but Greece’s $270 billion debt pile has uncovered bigger problems in Europe that could threaten the future of the euro currency. Soros reckons the EU will survive the Greek drama, but cash-strapped Spain, Italy, Portugal and Ireland might really damage the eurozone if they fall further into debt. Greece’s annual budget deficit is 12.7% of gross domestic product, well above the EU’s limit of 3%. And while the Greeks have promised to rein that in to 8.7% of GDP in 2010, Germany is drawing up a plan for EU states to provide up to $33.7 billion in debt relief for Athens.

Ford to take on Toyota, but can’t match union deals

Ford will invest $1.6 billion in its US operations to build fuel-efficient cars that compete with Toyota’s models. It’s been making such investments on a limited basis for some years, but it can’t yet hire workers who are paid the same lower wages as the Japanese manufacturer’s North American labour force because of union agreements. Ford cut 47% of its US workforce from 2006, and industry observers say it may hold off rehiring for two more years after a 2007 labour deal. It was the only American car maker to avoid bankruptcy last year, but with demand in the US car market more than 30% down on 2007, Ford needs to cut labour costs. Toyota benchmarked US labour costs at about $50 an hour, enabling General Motors, Chrysler and Ford to give fewer benefits to new hires and pay them about $55 an hour. But that’s still more than it will take to give Ford the margins it needs, so it’ll have to rely on Toyota’s current woes over vehicle defects to increase market share.

Congress opens can of worms over Toyota and US safety regulators

Toyota saved some $100 million by negotiating with US regulators for a limited recall of its 2007 Camry and Lexus ES models that were said to suffer sudden acceleration problems. These woes have come back to bite the Japanese manufacturer in 2010, after it was forced to recall millions of models in the US with similar defects, denting its 17% share of the American market. According to documents turned over to a congressional committee, the sum is listed as a monetary gain among battles that Toyota won against US regulators. But it’s now become muck that’s being raked up in the face of hearings by three separate US panels over safety concerns at Toyota.

Asians lead world out of recession

Taiwan, Thailand and, in all likelihood, Malaysia have led Asian economies out of recession along with China, paving the way for a global recovery on renewed demand. Asian central banks have cut interest rates to record lows and governments have bumped up spending by more than $1 trillion, allowing economies in the region to dismantle stimulus measures. Asia’s recovery is perhaps six months ahead of the US. And with higher US interest rates in the pipeline, after the Fed implemented a recent surprise hike in the bank discount rate, Asia’s central banks can look forward to more stable currencies, while better taming the prospect of galloping inflation. China, India and Vietnam are tightening lending so that quickening growth doesn’t lead to asset bubbles, after Asian stocks jumped on speculation the US will keep interest rates near current lows of less than 1%.

AOL’s New York headquarters is using Web-analytics to fuel its attempt to become a “newsroom of the future”. The Internet-challenged company is trying to turn around a disastrous marriage to TimeWarner and morph into a large news agency that can take on the might of industry stalwarts such as Bloomberg and Reuters. But changing from a dinosaur to a media titan overnight will be difficult. Its dial-up Internet business is dying a slow and horrible death, so the firm wants to renew growth by creating original online content on the back of ad sales. But rather than merely write articles and post them on the Web, AOL wants software to show which pieces get most traffic, to help its corps of about 500 journalists and 3,000 freelance contributors zero in on the most popular stories. So, expect Lady Gaga to feature prominently, while Ukraine’s failed Orange Revolution and other prominent news stories get dumped. Welcome to the brave new world of PR “journalism”.

China runs out of workers willing to toil in sweatshops

It sounds unbelievable in a country with 1.3 billion people, but China’s booming economy faces a shortage of workers in the vital Pearl River Delta manufacturing hub near Hong Kong. Estimates suggest factories need 2 million more poor migrant workers from other parts of China to meet demand. But calls for higher wages and better working conditions show many won’t work for peanuts in Dickensian conditions anymore. Orders have picked up as China’s gross domestic product growth soared to 9.7% in the latest quarter, emphatically ending the country’s already diluted experience of the global financial crisis. Migrant workers in the country’s low-value, labour-intensive manufacturing industries are now finding work at similar salaries closer to home. Maybe Africa will become the new home of industrial slavery. The World Bank chief Robert Zoellick is hoping this might be so.