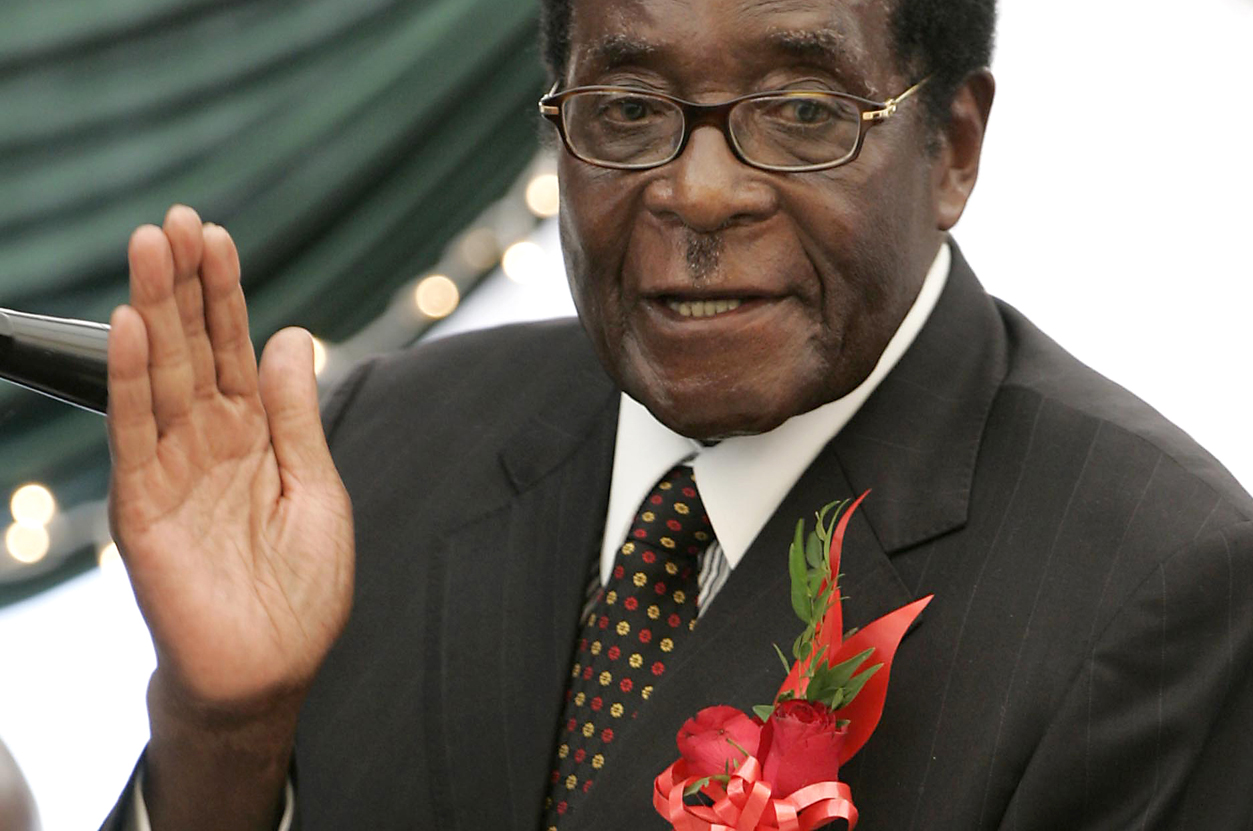 Happy birthday Bob. Now, please think about retiring. Zimbabwean President Robert Mugabe turned 86 on the weekend, still holding down the top job 30 years after independence. It’s been a bit touch and go in past years, him losing a violent election and all. And you can’t call it democracy. It’ll be a pity if he tries to cling to power until the day he dies, but he was elected unopposed within his Zanu-PF party in December to lead them for another five years. That’s because lots of cronies have lots to lose, like farms and government tenders. The country is now governed by an unworkable coalition with the opposition Movement for Democratic Change. Infighting in Zanu-PF over a successor will continue, and the country will suffer more. As a measure of this, the International Monetary Fund has just restored Zimbabwe’s voting rights after a seven-year suspension, allowing it to take part in the body’s decision-making process, although this won’t lead to new loans until the country pays off more of the $1.3 billion it already owes. So, it’s purely symbolic, and things will get worse before they get better. Photo: Reuters.

Niger’s opposition thanks army for coup, calls for elections

Niger’s main opposition group has given the army the thumbs up for ousting President Mamadou Tandja after 10 years in power. Now they’re calling for free and fair elections, and this will show what the military really has in mind. Some 10,000 people held a rally in the capital, Niamey, in support of the army, which deposed Tandja last week and subsequently detained him for changing the constitution last year to extend his term for another five years. The coup leaders said on television they wanted to make Niger an example of democracy and good governance, re-opened the country’s borders and lifted a curfew within hours of taking over. But they haven’t yet spoken about elections. The largely agricultural country has lots of uranium (mostly used in French nuclear plants), and some oil, phosphates, coal, gold, silver and tin, which make up nearly half its exports, but only a fraction of its $5.4 billion gross domestic product. Tandja wanted to stick around to oversee multibillion-dollar projects in this regard, but heavily armed soldiers who thought otherwise stormed the presidential palace.

Events are moving fast ahead of Sudan’s first multi-party elections in 24 years, with Khartoum and neighbouring Chad recently agreeing to end their proxy wars and engage in joint development projects to rebuild conflict-ridden border areas. Now, Sudan’s ruling National Congress Party has agreed to a ceasefire with Darfur’s most influential rebel group. The deal with the Justice and Equality Movement, reached in the Chadian capital of N’Djamena, cancels death sentences passed on some 100 JEM prisoners and frees about 30 of them immediately. Previous ceasefires have ended days after being signed, but President Omar al-Bashir, who’s wanted by the International Criminal Court in The Hague for war crimes in the country’s western province of Darfur, is keen to ensure stability ahead of the April elections to help him stay in power. The mainly Arab north of the fractious country fought a 22-year civil war with the south that ended in 2005, and the election is supposed to lead to a 2011 referendum to decide whether oil-rich south Sudan should become independent. If not enough people vote for that in the election, it won’t happen. And that’s what Bashir is hoping for. Peace-making in Darfur may help.

Security forces in Ivory Coast fired on thousands of protesters, killing several people, in the latest unrest after President Laurent Gbagbo dissolved the government and the electoral commission over claims of fraud in voter registration. Critics say Gbago is just further delaying elections that should have been held in 2005, because he fears voters in the largely Muslim north of the country will vote against him. In past weeks there have been protests in towns across the country, but no one has been killed until now. The deaths are going to further ratchet up tensions in a country split in half during a 2002/03 civil war, mainly over questions of ethnicity. Meanwhile, elections will again be delayed, creating ever more conflict.

The International Criminal Court in The Hague says the killing of some 150 opposition supporters by the military junta in Guinea last September is a crime against humanity. Some 50,000 people took to the streets in the capital, Conakry, to protest against coup leader Captain Moussa Dadis Camara’s intention to run in 2010 presidential elections, after the military took over the country in December 2008, following the death of dictator Lansana Conte. The ICC says Camara and other senior members of the junta are to blame for troops killing and raping civilians. Camara was subsequently shot in the head by one of his aides, who said he was being blamed for the massacre. Camara survived, and is now recovering in neighbouring Burkina Faso. Interim Guinean leader, General Sekouba Konate, has since attempted to set the country on the road to civilian rule. It’s a long road.