Tiger and JZ: not quite brothers from another mother, b...

Tiger and JZ: not quite brothers from another mother, but maybe cousins 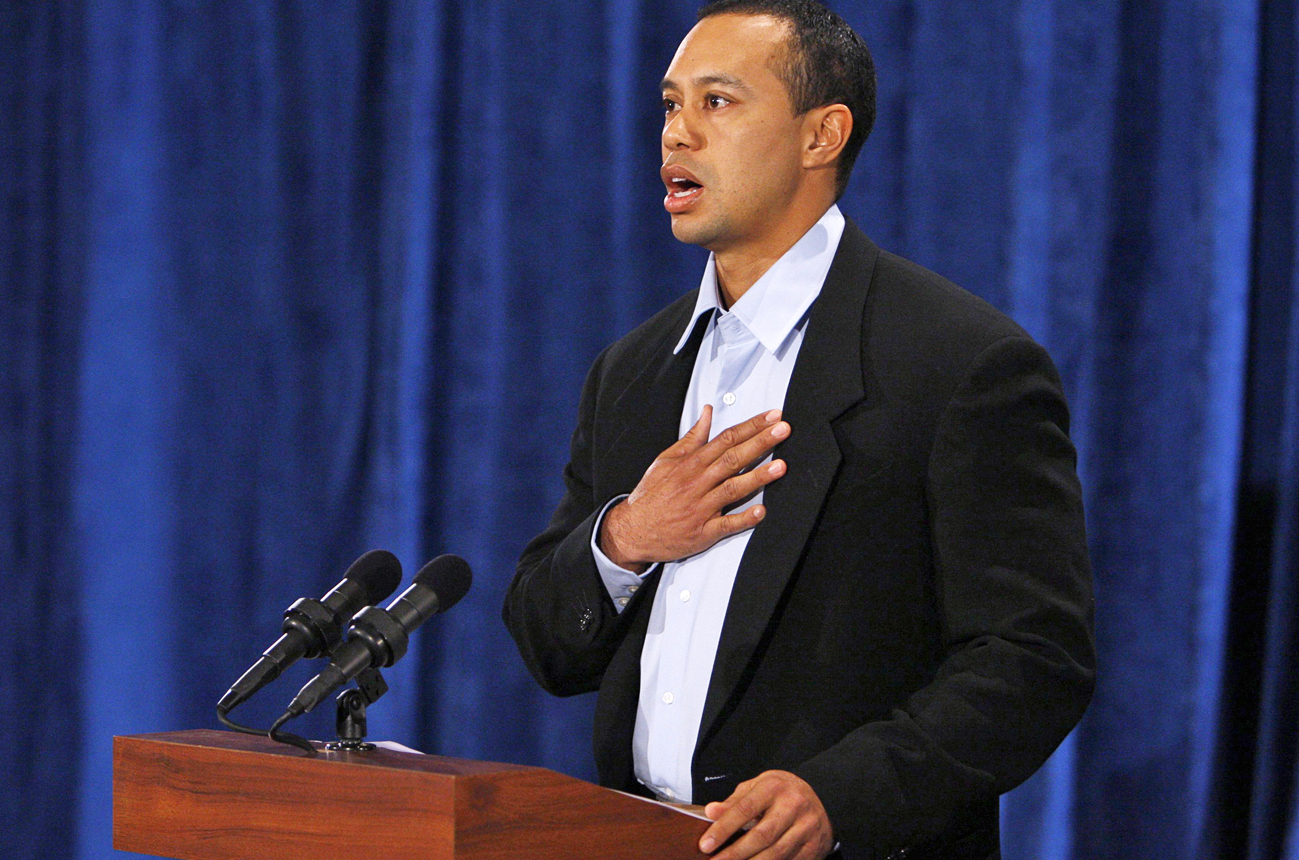 After three months of silence, Tiger Woods apologised to the world. The world’s buying it about as much as South Africans bought Jacob Zuma’s mea culpa, but that doesn’t mean we can’t wait to see him back on the course (Tiger, not JZ).

In early December 2009, about two weeks after Tiger Woods had driven into that fire hydrant, we ran a piece asking how far the giant had fallen. At the time the count on Tiger’s affairs was around ten or eleven, and despite the urgent call for some sort of statement, he was remaining resolutely silent. When his mother-in-law collapsed in his Florida home, apparently the result of severe distress, we didn’t hear a word. Neither did we hear, as the tally on his liaisons mounted, any apology to his wife and children. Tiger was behaving, we suggested, like a coward.

“It’s hard to reconcile the all-conquering hero from the 2000 US Open with the spineless squirrel we’re witnessing (or not witnessing) now, but they are in fact the same person,” we wrote, wondering whether the world’s number one golfer would ever again tap the heroic part of his nature.

If we inferred in that piece that a public apology would somehow show us the same man in the maroon Nike shirt that had advanced like a valiant general through so many final-day fields – and it seems, on reflection, that we did – we have no choice now but to admit our mistake. Tiger Woods’s apology yesterday, after a three-month silence, made him look like a small, insincere boy.

It wasn’t so much the oversized collar that drowned out his neck, or the pasty skin, or the distended bags under his eyes – although none of these things helped project the image of a contrite grown-up. It was his voice. Strained, apparently but not really on the verge of tears, close-to-but-not-quite breaking. It had the lilt of a Barmitzvah speech. The cadence of someone who’s been practicing in the bathroom mirror.

The words themselves were authentic enough. “I want to say to all of you, simply and directly, that I am deeply sorry for my irresponsible and selfish behaviour,” said the world’s number one golfer to his middle-aged (seemingly hand-picked) audience at the TPC Sawgrass Clubhouse in Ponta Vedra Beach, Florida. “I was unfaithful, I had affairs, I cheated. What I did was unacceptable.”

On the surface, it seemed as if everyone in the room wanted to forgive Tiger. It seemed, even, that the entire thing was planned as a Forgiveness Event – especially when Kitalda, Tiger’s mother, stood up to embrace her son and look deeply into his eyes. Which was another reason why most people outside the room weren’t buying it. The dominant reaction on Twitter and in the mainstream media was the age-old, mouth-behind-the-hand snigger. Just as it had been in South Africa two weeks earlier when Jacob Zuma reluctantly told the nation: “I have over the past week taken time to consider and reflect on the issues relating to a relationship I had outside of wedlock… I deeply regret the pain that I have caused to my family, the ANC, the Alliance and South Africans in general.”

In terms of moral responsibility, of course, you can’t compare a president to a sportsman. The one is elected to represent his people, the other is a role model simply by virtue of the fact that he’s very good at what he does. Where you can compare Tiger and JZ, though, is in the seeming chorus of cynicism that greeted their respective mea culpas; they had both transgressed too many times for a simple apology to win them back their credibility. At some point the law of diminishing returns kicks in: twenty apologies has less chance of covering for twenty children, or twenty mistresses, than one does.

Unhappily, in such circumstances, one apology doesn’t get great results either. Still, here’s what Tiger said that JZ didn’t. “I never thought about who I was hurting. Instead, I only thought about myself. I ran straight through the boundaries that a normal married couple should live by. I felt that I had worked hard my entire life and deserved to enjoy all the temptations around me. I felt that I was entitled. Thanks to money and fame, I didn’t have to go far to find them.”

Entitlement. A belief that the rules don’t apply to you. Like JZ, Tiger has learned the dangers of this belief the hard way. Presuming they don’t lapse (or get caught) again, the two men will only be forgiven when they do what they’re supposed to do – when JZ delivers on his campaign promises; when Tiger wins another major.