The Twelve Tenors : A little opera, a little pop, a lit...

The Twelve Tenors : A little opera, a little pop, a little swing 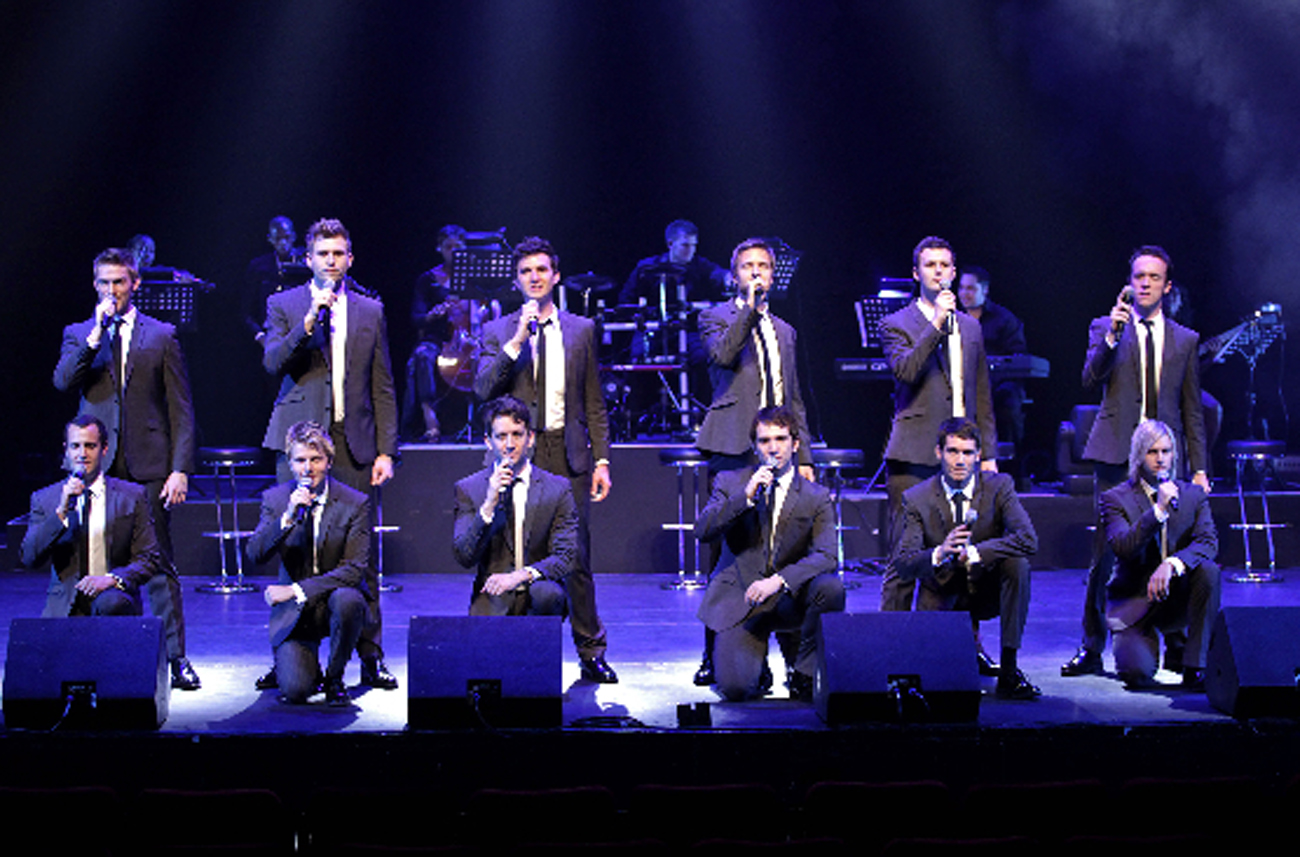 A lot of blonde beefcakes belting it out, and a wall-of-sound finale that sees everyone rise to their feet and shout for more. I think I even heard someone yell “get your kit off!”.

That’s an evening with The Twelve Tenors, where a dozen chaps make posh music popular by giving it the sexy packaging of hot young bods.

It’s a fun show, but for a while something didn’t quite gel. It can’t have been the hairstyles, because several tubs of gel were keeping those fringes from moving.

In fact, that’s it – it was all a little too stiff and perfectly controlled. The Twelve Tenors look like catwalk models, and for the formulaic first half they were acting like mannequins too. Step forward, step back, swing an arm. I was willing one of them to step out of line and add a little flamboyance.

Only when Simon Schofield performed a funny and enormously energetic dance routine did the personalities kick in. After that it was as if someone had told them to loosen up and unleash their characters, making it far more fun and doubly engaging. The dozen singers are mainly of Irish descent and that flavours the show with too many Irish medleys. South African audiences want to hear the songs we know, like “We Are The Champions”, or songs that inspire, like “Nessun Dorma”. The songs we like, not the songs their producers like.

“Nessun Dorma” is inevitably the highlight, belted out by the star of the show Branden James. But I doubt I was the only one unsettled by this souped-up version, with twanging notes from the five-piece band behind them almost fighting against the voices.

Arvid Larsen shares the glory as the lead vocalist for several songs, including the inevitable “You Raise Me Up”. Some of the others have their moments too, but there’s a definite feeling that a few of the boys at the back were chosen for their snappy dancing and chiselled looks rather than for their star potential.

Yet the sheer power of so many voices becomes beautifully clear in the final few songs, when all 12 line up to create a strong, pure, mesmerising sound. It’s enough to give you goose bumps.

The Twelve Tenors sing at Joburg Theatre (previously called The Civic) until 28 February.