ANC Youth League vs The Star, round one: League throws...

ANC Youth League vs The Star, round one: League throws a girly punch 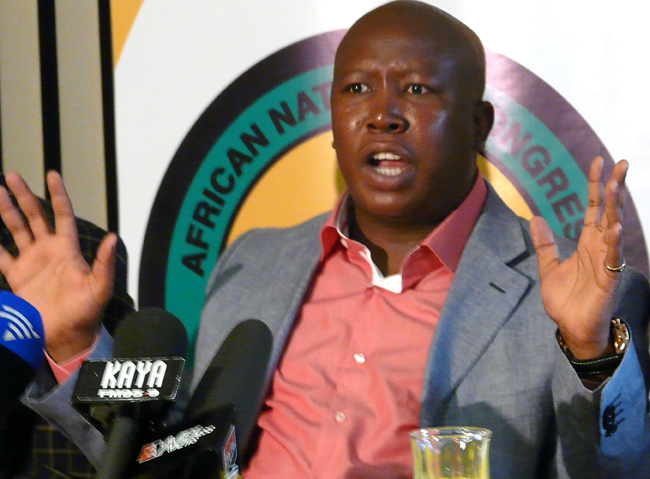 Late on Friday afternoon the ANC and its youth wing issued a joint statement to condemn The Star's first lifestyle audit. You know, the one that eviscerated Julius Malema. The statement then goes on to spectacularly fail to refute the article.

“ANC and the ANCYL condemns [sic] with contempt” the report, they said, as far-fetched, untrue, deceitful, malicious, containing fabrications, fallacious, inaccurate and bordering on defamation.

Malema never bought any houses for cash, it says, but “like every body [sic] else, he has purchased whatever property registered in his name through banks.”

So it doesn’t deny that Malema owns property, which would have been hard anyway, given that The Star pulled deeds office data. Nor does it deny the purchase price of R4.6 million, which is likewise formally documented.

It does deny that Malema’s salary is R20,000. “This is again very far from the truth.” And so it would have to be. Given the value of the homes in question, and assuming Malema has a perfect credit record, and obtained a home loan before lending criteria were tightened but at current interest rates, and could raise a deposit of R500,000, his monthly salary excluding perks would have to be more than R100,000.

If that is indeed the case, it raises some very troubling questions about the Youth League. Are all its office-bearers paid such handsome sums? Where does the money come from? And why is it not instead invested in the youth-focused social and upliftment projects the organisation champions so vociferously?

The ANC and the Youth League have demanded a retraction and apology from The Star (which won’t happen), have threatened a complaint to the press ombudsman (who will point out that the rules of journalism were followed to the letter) and have vowed to support Malema in any defamation action he chooses to institute (which would fail, because truth and acting in the public interest are solid defences to such a claim in South Africa).

Perhaps most telling, however, is a single sentence in the statement, which reads verbatim: “As this is the so called first installment in the  audit of the life style of the South African politicians by this newspaper, we are left wondering if the first installment and if the first series is so off the mark, what can we expect to follow.”

Yes, we’re sure that is the burning issue for many people right now.