19 February: Toyoda will face US Congress over Toyota 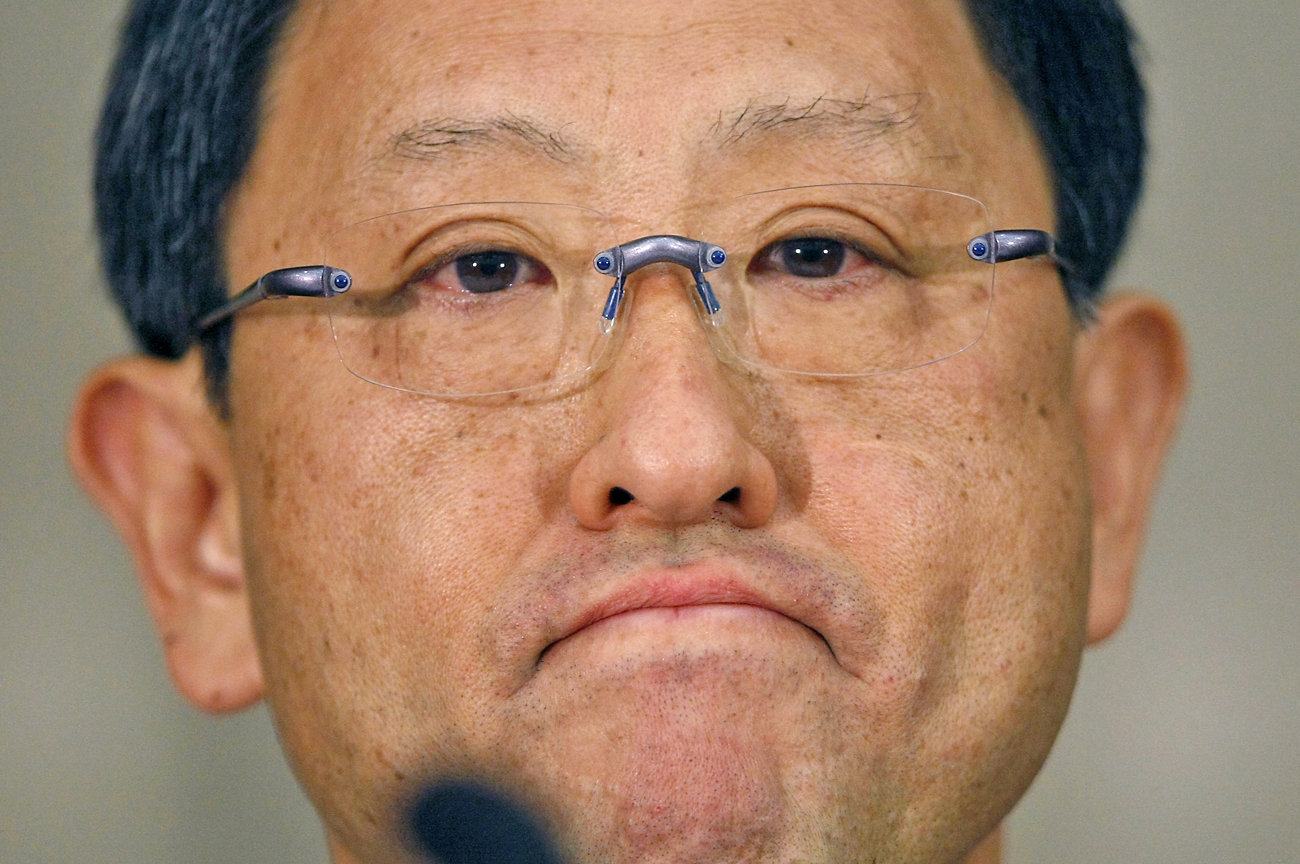 Toyoda will face US Congress over Toyota

Toyota’s president Akio Toyoda will now testify before a Congressional panel after earlier saying he wouldn’t do so. The grandson of the company’s founder had preferred his North America president, Yoshimi Inaba, to appear, but when Democrat congressman Edolphus Towns, chairman of the committee, and a senior Republican Darrell Issa ratcheted up pressure on Toyoda, he changed his mind. The anger stems from Toyota’s unintended acceleration problems, now compounded by allegations of power-steering woes in its Corolla models. The Americans want to know from the horse’s mouth what actions Toyota is taking to ensure the safety of American drivers. It’s deeply embarrassing for Toyoda, especially as US traffic safety regulators say Toyota knew of vehicle defects years ago.

The dollar shot up to $1.35 against the Euro, the most in nine months, after the US Federal Reserve raised rates on short-term loans to banks. The Fed moved to normalise lending after holding interest rates at record lows for more than a year, to help the ailing financial system. The move also sent Asian stock indexes lower by some 2%. While the nation’s central bank had said it would take the step, the timing surprised the markets. But the Fed also made known it’s not yet prepared to begin a broad tightening of credit, as US businesses and consumers try and recover from the financial crisis. The action won’t directly affect mortgages, credit cards or car loans, but it looks like the days of extraordinarily cheap money could soon be over.

Google’s claim that hackers backed by the Chinese government compromised its network and those of other American companies, gained credence after the attacks were traced to a university and technical college in China. Most intriguing, is that Google’s main competitor Baidu – the dominant search engine in China – runs the technical college’s network through one of its subsidiaries. The attacks are said to have originated from Shanghai Jiaotong University, which has a major computer science faculty, and the Lanxiang Vocational School, which trains computer boffins for China’s military. Some industry participants believe that Lanxiang is being used to camouflage government hacking operations, but the plot thickens, as others say the schools are a cover for an intelligence operation being run by a third country engaged in criminal industrial espionage. One unnamed professor at one of the Chinese colleges says hacking into foreign Web sites is routine for students.

Cigarette companies shade line between breath and a draw

Critics say cigarette companies will honour the law and paper over the truth when they market so-called light cigarettes under new regulations. In June, tobacco firms in the US won’t be allowed to use words like “light” or “mild” to imply some cigarettes are safer than others. So, they’re renaming their cancer sticks by adopting the colours in the packaging – light shades for light cigarettes, and vice-versa. The iconic Marlboro “Reds” already unofficially perform this trick, but now Marlboro Lights from Philip Morris will be called Marlboro Gold, and Marlboro Ultra Lights will change to Marlboro Silver. R.J. Reynolds recently renamed Salem Ultra Lights, which are sold in a silver box, to Silver Box. One professor at the Harvard School of Public Health says they’re circumventing the law. That’s sure to put gold ducats and thirty pieces of silver into the pockets of many lawyers.

Lightning does strike twice. Just ask US private equity firm the Carlyle Group, which took another hit from investments in the global telecommunications sector. Carlyle has just taken a $330 million loss after Japanese cellphone company Willcom filed for $2.3 billion bankruptcy protection. It also wrote off $425 million in failed Hawaiian Telcom Communications in late 2008. Carlyle’s 60% in Willcom looked to be doing well, after it grew the subscriber base from about 3 million to 4.6 million in 2007.  But Willcom lost customers for its home cordless phones that could also be used as cellphones when products from competitors SoftBank, NTT DoCoMo and KDDI offered better-quality and greater range during the peak of the global credit crisis. However, Carlyle says it’ll still double investors’ money.

The Sage of Omaha Warren Buffett says it’s dangerous to insure municipal bonds, despite recently getting into the business himself. Ambac Financial Group, the second largest bond insurer in the US, has discovered it is so, having rejected a 2008 offer by Buffett to hand over control of its municipal-bonds. It now faces up to $1.2 billion in claims if Las Vegas Monorail — which runs a train between the city’s casinos – files for bankruptcy. So, too, Pennsylvania’s state capital Harrisburg is struggling to meet payments on $288 million of debt insured by a unit of Bermuda-based Assured Guaranty. The city is now weighing a possible bankruptcy filing. Along with very rickety pension funds, US state tax collections are in dire straits, showing the biggest drop in nearly 50 years. In what sounds like similar appeals from Greece to Dubai, state authorities want concessions from creditors of their public projects, further threatening insurers backing $1.16 trillion of public debt.

Diversified Swiss chocolate maker Nestle recorded net profit of $9.5 billion in 2009, much less than the $16.7 billion it made in 2008, but still heralding better times in 2010, it says. The company’s brands include Nescafe, Kit Kat and Haagen Dazs, and growth was across all categories and regions, except bottled water Perrier and Vittel, and its Jenny Craig weight-loss programmes. That goes to show that chocolates and other sweet goodies are much more appealing when times are tough than the things that are good for you. Go on, relax. Get fat.