Another day in SA’s Parliament: Chaos, F-word and Zum...

Another day in SA’s Parliament: Chaos, F-word and Zuma’s speech 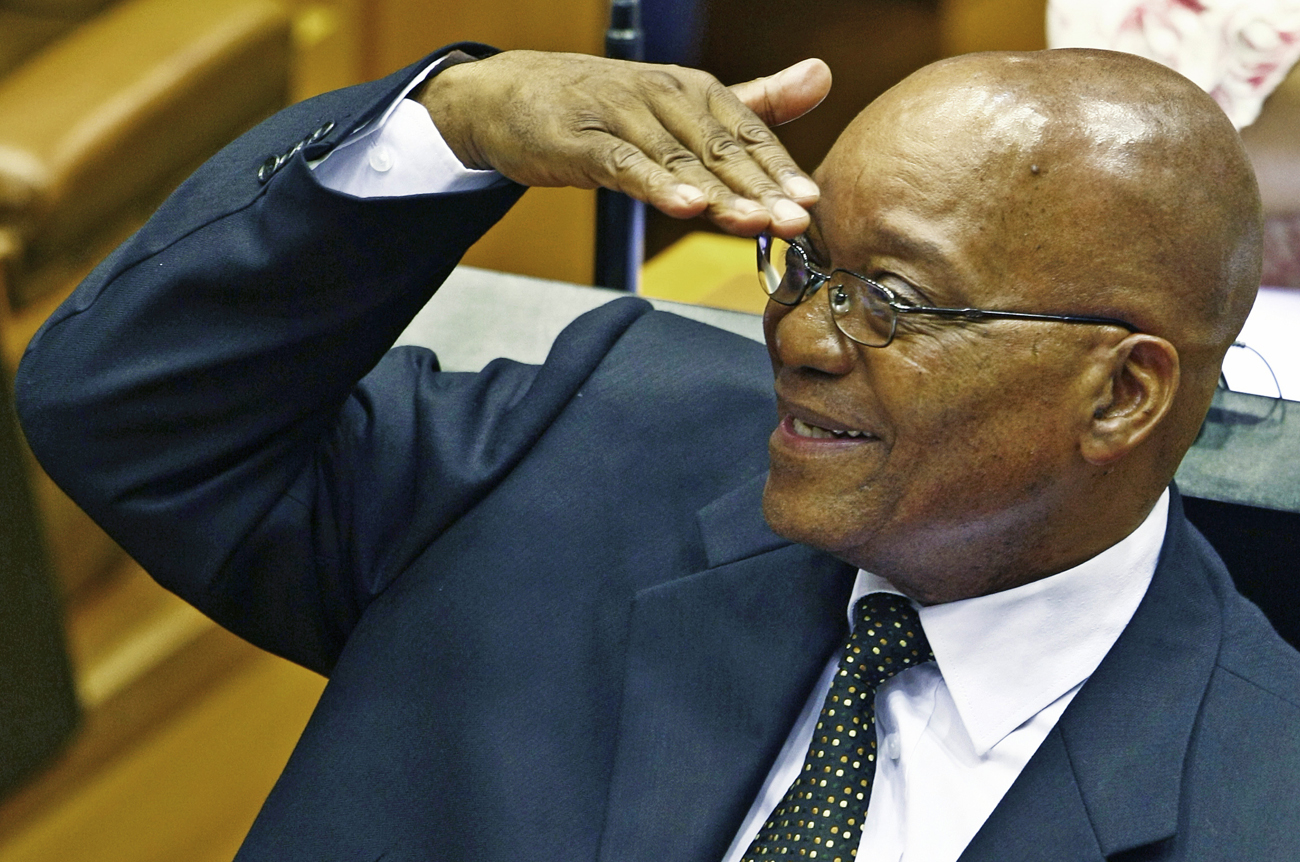 On Tuesday, it was fun watching things happen in the highest body South Africans can vote for: chaotic scenes, incompetence and profanities, and a president who's at his best when his back is to the wall. Surprised? No, not really.

Everyone loves the F-word. It’s a verb, a noun and, so often, a wonderfully expressive adjective. Despite its ubiquity, there are still four places you can’t use it in the 21st Century – in church, around a dinner table with the kids, on air and in Parliament.

But there’s something a little touching about ANC MPs getting all in a lather over it. And what’s even better, is that, while it may have been Diane Kohler-Barnard who said it (we don’t actually know), it was that paragon of efficiency Nosiviwe Mapisa-Nqukula who made sure it was entered into the Parliamentary record. And gave us all a chance to use a soundbite with a beep in it.

A quick recap. Deputy speaker Nomaindia Mfeketo told Cope MP Mluleki George to withdraw a statement he’d made the day before. It related to whether he’d claimed the president or cabinet couldn’t lead the country in moral behaviour (we’re not sure, it was ambiguous and he hasn’t explained it). He said “shan’t” and so Mfeketo told him to leave. As he did so, he was joined by Cope and the entire DA caucus. It was at this point that Kohler-Barnard uttered, or didn’t, the quote that will make it into some book or other pretty quickly. (I vote for Sarah Britten’s Book of South African Insults, Volume 17 – Ed)

Anyone who knows anything about parliaments and the “Law of Large Groups” will tell you leadership is hugely important. Betty Boothroyd’s Commons was a very different place to Michael Martin’s (now resigned over the expenses scandal). And we’d put a fairly large sum of money on this next comment. None of this would ever have happened if national assembly speaker Max Sisulu had been there. He had dignity in spades, and always understood the point of the “other side”. Perhaps he would have ruled differently, perhaps he would have broken the news to George in a better way, but under his direction none of this would have happened.

And this brings us to the main point. Trust. The problem with the speaker in our national assembly is that the position is voted for by the very same national assembly. Thus, ANC MPs, with their overwhelming majority, vote for whoever Gwede Mantashe tells them to vote for. And thus the person elected is perceived, important that, perceived, to take his or her orders from Luthuli House. Baleka Mbete could not be accused of not protecting ANC interests (remember her chucking out of DA MP Mike Waters for asking about Manto’s kleptomaniac issues) when she was in the chair. (However, we’ve always thought Frene Ginwala was different, and had an independent mind.)

Either way, we would like to see a speaker from another party. Perhaps the ANC could do a deal like they did with the standing committee on public accounts, where the chairman is Themba Godi. He’s like them, he agrees with the ANC on most things, but he’s from a different party. We think that to build proper trust in the institution, the leader should come from somewhere else. Emotions in the house would simmer down if the DA didn’t always think there was an ANC lackey running the show.

Right, enough about that. And on to Zuma and his response to the debate on the State of the Nation. Zuma has started to flesh out some of his policy. His speech was moderate and fairly reconciliatory. He made sure all the major opposition parties got a favourable mention. He’s carried on a tradition started by Mandela, forgotten by Mbeki and remembered by Motlanthe. Good. He’s good at this and should keep it up. Even opposition leaders like to be remembered by the president.

His speech on Tuesday actually seemed better prepared, better thought through than his State of the Nation. It wasn’t such a rush job. He spoke intelligently about why his government was focusing on the youth, he gave plenty of facts and figures. And he spoke off the cuff. During the debate, before he spoke, much was made of the fact that he was taking his own notes. He obviously used those notes in his reply. We’ve actually seen Zuma do this before. During the election campaign he spent a day with Afrikaner groups in Sandton (that well-known bastion of Afrikanerdom). For about eight hours he took questions and comments, sitting with Mathews Phosa (who did some translating) and then replied. He used his own notes, handwritten, and spoke for about an hour. It was good stuff.

We’re beginning to wonder if Zuma is better at opposing or responding to something than he is in setting out his own stall. In other words, coming up with policy is difficult, but responding to questions and claims about it is easier. A brief history of his political career would seem to bolster that opinion. It could also have been the performance of a man who realises he’s in political trouble and at his best when his back’s against the wall. We’ve already spoken about the pitfalls and promises of a weaker president; Zuma, perhaps, knew he had to get back on the offensive, that he couldn’t just be defensive all the time, and thus he had to actually put in a good one. In some ways, this was the speech he should have given last Thursday evening.

In the middle of all of this, Zuma became really the first government person to actually talk about the Pretoria/Tshwane issue in quite a while, while other politicians have ducked it. He says government “has decided not to rush” anything on this. He also says a proper forum will be established to consider it. Good luck with that, sir! If not handled properly, this has the potential to be a long-running and very angry sore.

All in all, as with Thursday evening, what Zuma did announce was good. He didn’t say much that was bad. But there’s plenty more he could have said and plenty that was missed out. We’re still worried about lack of policy in several areas, but there’s also a funny thing happening here. Think of the top two or three most powerful people in the country’s politics. The people who, when they say something will happen, there is a certainty of fact that it really will happen.

Is President Zuma one of them?