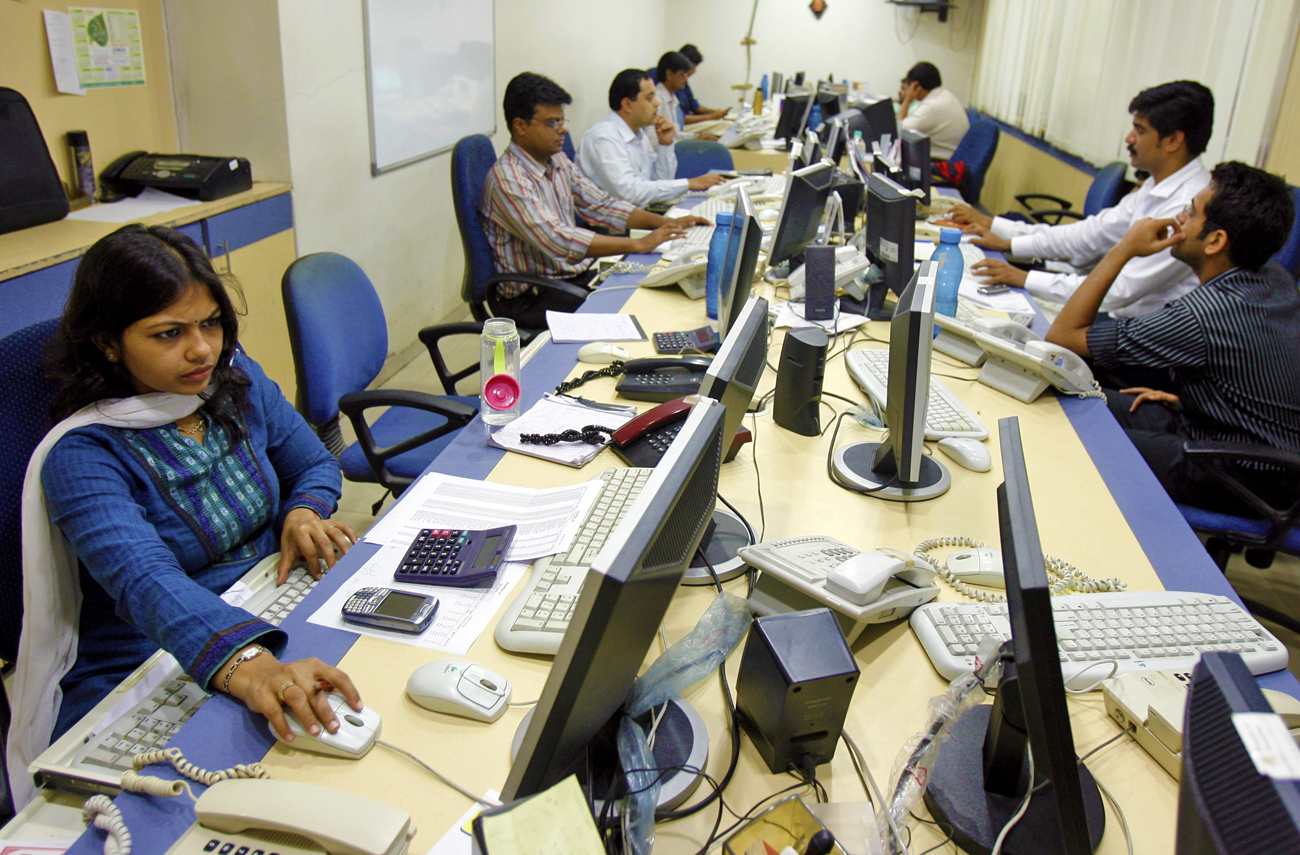 Bloomberg says Morgan Stanley has just put a huge “Buy” notice on Indian stocks, claiming earnings growth will more than make up for a current drop in share prices, and the impact of inflation. It sees earnings on the Bombay Stock Exchange’s Sensitive Index rising at a possible compound annual rate of 18% going forward into the fiscal year ending March 2012. Despite current volatility, the brokerage reckons investors should buy the dip rather than sell the rally. The Sensex has fallen back 7.1% so far in 2010, after inflation reached a 15-month high, spurred by an 81% boom in the Sensex in 2009. This means that along with growth opportunities, there’s the risk that the central bank won’t get a grip on rising prices. India faced down the Great Recession by cutting rates and taxes, and stepping up infrastructure spending, so everything’s looking quite perky. Photo: Reuters.

Teenagers who download pirated songs like there’s no tomorrow might soon be responsible for putting an end to one of the most iconic eras in music history. Cash-challenged producer EMI says it’s seeking a buyer for Abbey Road, the London studio made famous by the album cover of the same name, showing the Fab Four strolling across a zebra crossing. EMI’s keeping details of the sale under wraps, but it could be worth tens of millions of dollars to the once-mighty label. EMI’s artists include Coldplay and Robbie Williams, but the group’s been badly hit by the bean-counter and spreadsheet-brigade at private equity firm Terra Firma Capital Partners, which paid some $3.8 billion for the label in 2007. Radiohead and the Rolling Stones quit EMI after cutbacks and restructuring followed Terra Firma’s takeover.

Goldman Sachs might find itself facing hearings the other side of the pond, after it managed $15 billion of bond sales for Greece that hid the extent of the country’s vast debt. It didn’t mention a 2002 currency swap that was part of the deal in most of the sales the bank arranged for Greece, possibly allowing Goldman and other underwriters to get a better price for the securities. EU regulators said they knew nothing of this until recently, so Lloyd Blankfein — who heads up Wall Street’s most profitable securities firm and pays himself outrageous bonuses — might soon find himself in front of a panel of angry European legislators in Brussels.

Things just get more difficult for the grand old New York Times, as newspaper ad spend declines and Internet advertising stubbornly refuses to come of age. But now its reputation is taking a beating, after a reporter accused of plagiarising stories from the Wall Street Journal and Reuters news agency resigned. The Times says he copied passages from other articles and inserted them in his own pieces and blogs without attribution, on an unspecified number of occasions. Kouwe didn’t lack experience. He worked for daily rival The New York Post, and did a stint at Dow Jones Newswires.

Microsoft’s going to revamp the $19 billion Office progam market, as Google, cloud computing and social-networking sites threaten its traditional consumer base. So, the release of Office 2010 in June will include a free Web-based version for the first time, and may soon add functions similar to Twitter, allowing users to post short messages. Under a cloud-computing business model, Microsoft would not only sell software packages, but would have to take care of a client’s entire business network, ranging from operations to customer support. That means it’ll need much more bandwidth, will work harder for clients, and will have to raise prices. Microsoft will probably end up outsourcing much more of its back-office to other countries.

Singapore exports better, but not as healthy as predicted

Singapore’s exports rose nearly 21% in January from 2009, the third successive monthly gain, as the city-state’s electronics products countered a drop in pharmaceutical sales. But that’s not as rosy as a 35% forecast, making it harder for the island to shrug off its worst recession in some 45 years. Government expects to invest billions of dollars in manufacturing and other industries to help growth and employment. But generally, the economy is on track to recover on stronger demand from the Asian region, especially as exports fell some 11% in 2009.