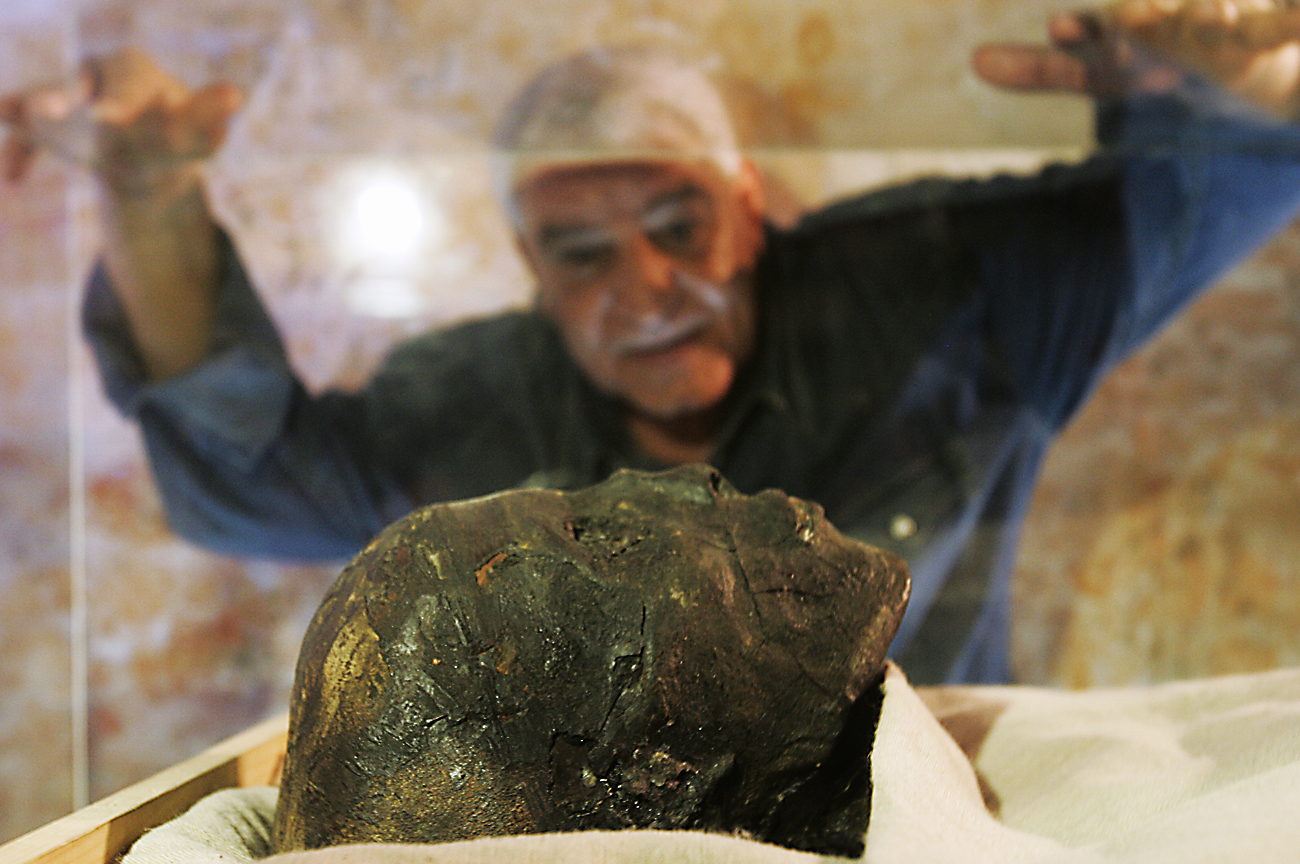 The mosquito did to King Tutankhamen what it continues to do to African youngsters today. It now seems the boy pharaoh, who was frail, lame and suffered numerous illnesses during his short life, was likely killed by a bad bout of malaria, combined with a degenerative bone condition. He died in his late teens in about 1324 BC, and scientists now say his death has revealed the oldest genetic proof of malaria. They used advanced radiology and other techniques to dismiss any thought of murder, also finding he had a leg fracture that might have further compromised his already weak immune system. In all, researchers studied 11 precisely dated mummies, establishing the intricacies of five generations of the boy-king’s lineage, including his parents and grandmother. The extraordinary embalming techniques of the ancient Egyptians preserved Tut’s DNA beautifully, so the world now knows more of what lay behind the famous golden mask. And governments have proof that they need to do more about malaria in Africa.

Photo: Zahi Hawass, head of the High Council for Antiquities, stands next to the mummy of the boy pharaoh King Tutankhamun in Luxor’s Valley of the Kings, November 4, 2007. REUTERS/Nasser Nuri

Kenya’s non-unified unity government is showing its peers in Zimbabwe how not to do it, not that Robert Mugabe’s Zanu-PF needs any coaching. Kenyan Prime Minister Raila Odinga’s allies say they’ll boycott cabinet meetings after Odinga suspended two ministers accused of corruption, only to have President Mwai Kibaki reverse the decision. Odinga’s Orange Democratic Movement party says the prime minister can no longer function in the coalition government formed after the chaotic 2007 elections, which saw some 1,300 people killed and tens of thousands more displaced. The US and EU are pressing for state reforms intended to prevent a repeat of the violence, and Odinga has now asked former UN secretary-general Kofi Annan to intervene. Trouble is, Odinga’s own party is split on the corruption matter, with some members backing agriculture minister William Ruto, who Odinga tried to suspend, after investigations into a maize scandal revealed that $26 million was missing.

The EU renewed sanctions for another year against some 200 individuals and 40 companies linked to Zimbabwe President Robert Mugabe’s Zanu-PF party. The Europeans say that the year-old unity government has failed to agree on political reforms and nominations to some key positions, including the confirmation of opposition Movement for Democratic Change treasurer Roy Bennett, who was supposed to be sworn in as a deputy agriculture minister, but is on trial for his life on terrorism charges instead. MDC Prime Minister Morgan Tsvangirai wants the easing of targeted sanctions, saying the government should be rewarded for progress so far. It’s tempting to believe him, but he’d also be the first to acknowledge that Mugabe’s cronies have done everything they can to stop the power-sharing deal from working. This includes not replacing the Mugabe-appointed attorney general and central bank chief. That makes it harder for the MDC to restore democracy, and the sanctions make that harder still. But until Zanu-PF shows some real commitment to change, the MDC’s success in halting the collapse of Zimbabwe’s economy by replacing the Zimbabwe dollar with foreign currencies will come to nought.

The nasty little sliver of land in West Africa commonly called Gambia (that’s officially Republic of The Gambia) has expelled the envoy of the UN’s children’s fund, Unicef. That’s par for the course for President Yahya Jammeh, who took power in a bloodless coup in 1994. Nobody’s saying why the protector of children has been ousted, but reports say Kang Min-Whee received a letter ordering her to leave the country within 24 hours. Unicef has reported on human rights violations and restrictions on press freedom in Gambia, and also on HIV/Aids among children, which is a major taboo in the country. Jammeh has stated he can cure the disease with a herbal mixture and his own mystical powers, and has frequently threatened to kill rights activists, gays and “saboteurs”. Dozens of people have been arrested and unlawfully detained in recent years, amid constant rumours of coup plots.

Moroccans to get World Bank boost

Morocco will get $2.4 billion in loans from the World Bank to reduce poverty and boost economic growth, reports Reuters. Rights groups might not like that after New York-based Human Rights Watch claimed Morocco has reversed its democratic gains in recent years by cracking down hard on those who discuss the monarchy, Islam and the possibility of autonomy (forget independence) for the disputed territory of Western Sahara. But the World Bank will increase loans to Morocco to $600 million a year over four years from half that amount previously, saying it’s a reward for its development programme and reforms. Morocco’s economic affairs minister Nizar Baraka says improving democracy and good fiscal governance are essential for upping the country’s annual economic growth, which hasn’t been fast enough to reduce poverty for some 20% of citizens in a nation of about 30 million people. Human Rights Watch could only agree.

Liberians to pay off remaining debt by 2010

Liberia should clear much of its $1.7 billion in foreign debt under the Heavily Indebted Poor Countries initiative by end-2010, according to the International Monetary Fund. That’ll help the government of President Ellen Johnson-Sirleaf, which is trying to restore order after a vicious 1989/2003 civil war. The IMF reckons the country has made strong strides in fiscal management and transparency in the mining and energy sectors. The war saw drug-crazed child soldiers cutting off other children’s limbs, and was fuelled by so-called “blood diamonds”, so any social and economic progress has been nothing short of amazing. Johnson-Sirleaf was the first woman to be elected president in Africa and took office in 2006 pledging to eradicate corruption. The West African country’s debt stems from a default in the mid-1980s, as it descended into civil war.