Budget preview: Gordhan’s ace in the hole – and his discards 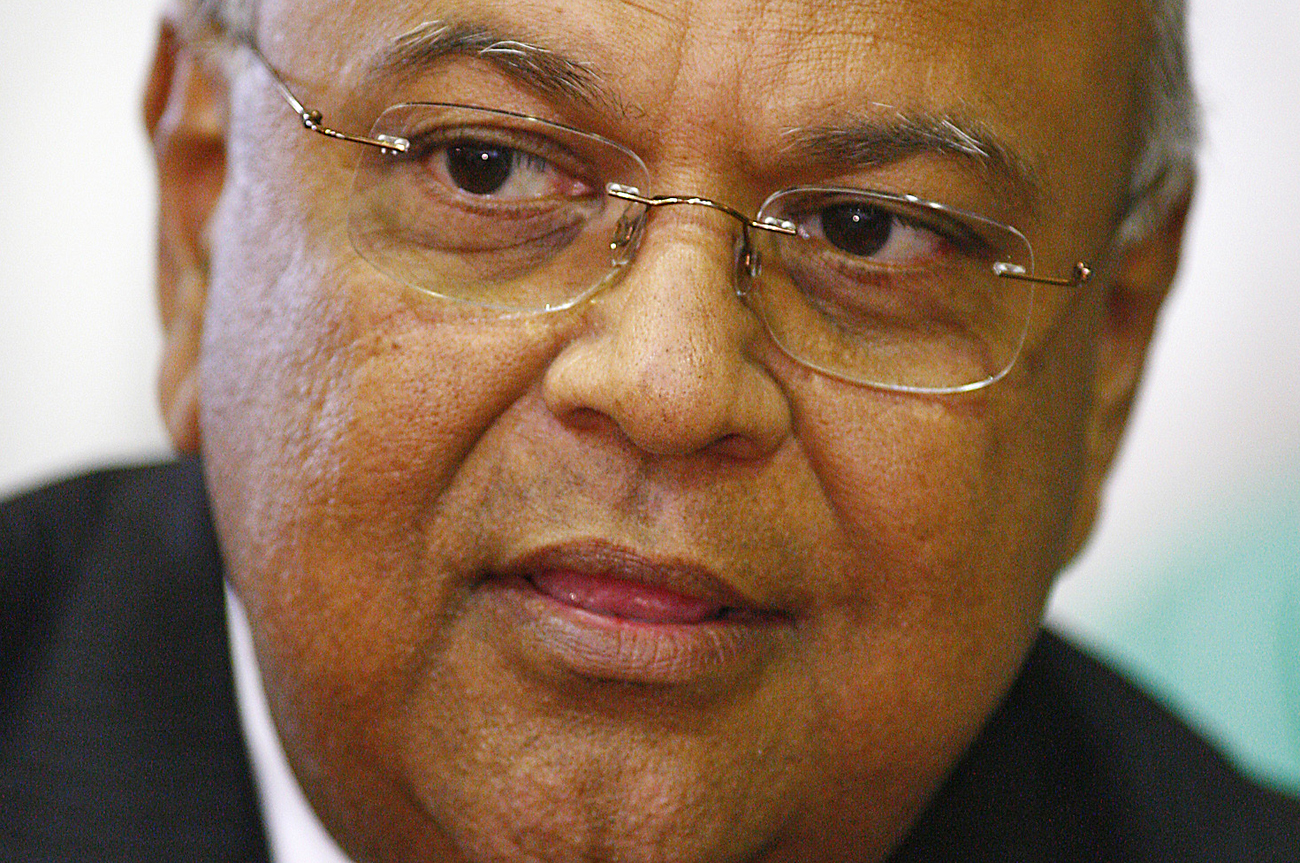 Every national budget is rather like a hand of bridge. If you are lucky, you have a few aces to play. Of course you also have some weak suits. Sometimes, if you are particularly smart, you can finesse your medium-weighted cards. And weirdly, a short suit can turn out to be an advantage.

Let’s start with the bad. The deficit, the difference between what government gets from taxes and what it spends, for the 2009/10 budget is going to explode to around 9.2%. This increase (from 4.5%)  is the result of extremely poor corporate tax and VAT income, in total probably about R70 billion less than originally anticipated.

Whatever the finance department was smoking when it thought, at the beginning of 2009, that revenue would increase by 6% or 7% must have been pretty strong stuff.

The second weakness in Gordhan’s hand is that growth over the past year was miserable, and it will probably come in at a contraction of 1.6%, the first full annual contraction since democracy.

But the point is that the coming year is unlikely to see a strong turnaround either, even though things seem to be getting gradually better. Economists are betting on about 3% growth, which is positively anaemic compared to most other emerging markets.

This big-picture problem crimps Gordhan’s overall style. It means the prospect of tax cuts is out, and realistically, tax increases may be on the cards. But where? The answer is probably, a little bit here, and a little bit there, but nothing overly dramatic. A dramatic move does not seem to be his style anyway, and would certainly be unnerving for outsiders. So he can allow “bracket creep” to bring in a bit, and possibly introduce some other small taxes.

What about the aces? Alas, there are few in these troubled times. Gordhan’s biggest ace is that former finance minister Trevor Manuel adopted a policy that he wasn’t going to give departments money unless they really were going to spend it, and spend it properly. It was Manuel’s finest finesse, and one that Gordhan’s solid good sense means he is likely to follow. Manuel turned the dysfunctional nature of many government departments into contradictory boon, using their inability to spend to bring down the national debt and therefore overall interest payments.

As a result there has been a dramatic decline in South Africa’s overall debt, which is now roughly 25% of GDP. Compare that to Greece at 125%. Actually, no, don’t. We might give the ANC spendthrift ideas.

SA entered the downturn is an overall state of extraordinary fiscal strength. This is a big ace for Gordhan, because it means he will be able to increase debt without causing any major panic. The ship of state will take on more water, but it will still sit comfortably in the sea. Overall debt might increase to about 40% of GDP, which is where most countries entered the 2008 calamity.

What about the things that Gordhan can finesse? These are the most intriguing – and least easy to predict. One suggestion by BNP Paribas is that SA could join Brazil in imposing a tax on short-term foreign capital inflows. If he does that, brace yourself of a sharp decline on the JSE, a sharp decline in the rand, and watch bond yields spike. But don’t conclude from these reactions that the decision is a terrible mistake. It is not.

The time to introduce such a tax is now, when the carry-trade is booming. (That is the process of borrowing money in countries where interest rates are low, like the US at the moment, and investing them where interest rates are high, like SA; it’s one of the most obvious and most lucrative trades in history, which is why everybody does it.) When Brazil introduced this tax, the Bovespa exchange shed 5% of its value in a few hours; in SA the JSE may move even more. Yet SA needs to do something to stabilise the rand and reduce the huge dividend flow out of the country, even if it means reducing liquidity, of which there is probably too much anyway, at least in the bond and currency markets.

Minister in the presidency, Collins Chabane, actually hinted at such a move recently saying that “South Africa needs policies that promote a stable exchange rate”. What that means in practice is hard to know, but this tax, also introduced recently by Turkey, is certainly an option.

The other thing Gordhan could finesse is VAT, reducing the number of items that are zero-rated for VAT to improve revenue while adding new items to the list. A juggling process could mean throwing a bone to some political constituencies, like zero-rating school textbooks, for example. Yet fiddling with this system, could bring in some extra cash, which he clearly obviously needs.

A carbon-emission tax could be another in this category, which could entail a tax on the importation of petrol-guzzling cars. It’s the same finesse, bringing in money and satisfying a political constituency at the same time, while the owners of gas guzzlers will have little sympathy if they complain. Ditto sin taxes.

So what is the short suite, the problem that could turn out to be a solution? The one thing that falls into this category is, in a strange way, just the difficulty of balancing this budget. Everybody knows times are hard so the pressure on Gordhan to start handing out buckets of money to the all the clamouring state programmes is probably not as intense as usual.

What is required is a “steady as she goes” kind of budget – something that cements his position at the centre of economic policy; something doesn’t upset the ship too much on these stormy waters. Gordhan is facing the least expectant audience perhaps in the history of democratic South Africa.

For that, when he starts speaking on Wednesday, he can be extremely thankful.