Opening weekend of the Super 14: Waikato Chiefs stun Sharks on their own hunting ground 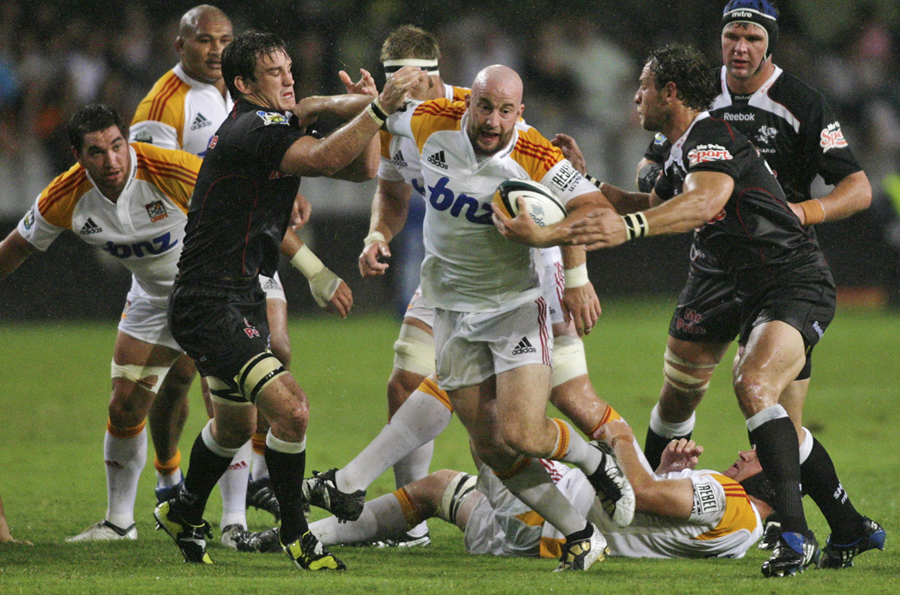 Also this weekend: Bulls get off to cracking start in defence of Super 14 title, while Stormers overpower Lions.

Chiefs flyhalf Stephen Donald kicked over a last-minute penalty to give the Kiwis a dramatic 19-18 win over the Sharks in Durban on Saturday The lead changed hands three times in the last five minutes, when the Chiefs got a penalty a minute after the referee awarded the Sharks a kick that looked to have won them the game. Photo: Reuters.

Brumbies skipper Stirling Mortlock became the first player to reach 1,000 Super tournament points in his 118th game, as his team beat the Western Force 24-15 in Perth on Friday. Two early conversions saw Mortlock reach the record, and then his pass to Huia Edmonds allowed the hooker to cross late in the match.

The Bulls won the Super 14 last year, and a 51-34 win over the Cheetahs on Friday night in Bloemfontein saw them get off to a good start in 2010. The scoreline didn’t convey how well the Cheetahs did, and Eskom’s embarrassing blackout mid-match can only have the 2010 Soccer World Cup organisers chewing their nails.

Wallaby No. 8 Wycliff Palu scored a last-minute try to give the Waratahs a 30-28 win over the Reds in their Super 14 clash on Saturday. The Reds were awarded a penalty try with 10 minutes left, which appeared to clinch the game, but Rory Sidey’s subsequent try pulled the Waratahs close, and Palu’s converted try won it.

Stormers fullback Joe Pietersen scored 21 points as the Cape Town team romped home 26-13 over the Lions on Saturday. In 10th place last year, the Stormers now have Springboks Bryan Habana, a former Bull, and Jaque Fourie, a former Lion, in their side. Pietersen scored a try, and kicked two conversions and four penalties.