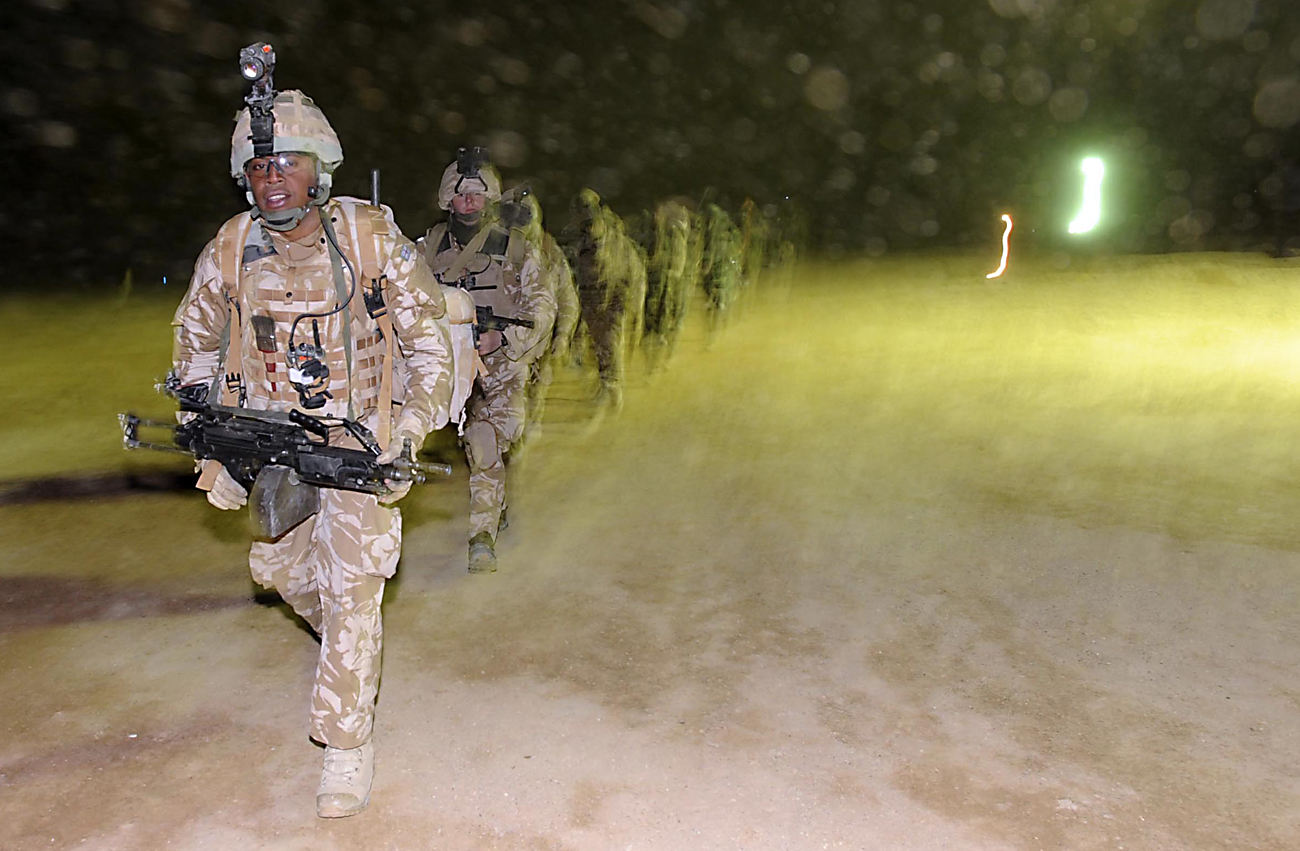 The long-awaited, widely-publicized, joint movement into Helmand Province by the Afghan and UK forces and US Marines ground on through the weekend. Military leaders hoped the widely announced operation would encourage Taliban forces to vacate the area with little actual fighting, giving Afghan authorities to establish a real presence in the area for the first time in years - and without major civilian casualties.

The operation, called “Moshtarak” (Together) is the war’s biggest joint operation so far and includes some 15,000 troops, including about 7,500 Afghan soldiers. The plan is that the military presence would allow the Afghan government to bring in significant development assistance, including health care, education, electricity and other public services so as to win the allegiance of the 125,000 people in the region, including the town and its surrounding area. This is part of the new NATO/American/Afghan strategy to turn the balance in a war that it is now in its eighth year. The new approach is a key element of the strategy primarily designed by US Gen. Stanley McCrystal. While there is little doubt the military can clear the area of Taliban forces eventually, it is only afterward that the real test of McCrystal’s plan can start.

However, even it is first days, bombs and booby traps have slowed the advance through the Taliban-controlled town of Marjah, Talilban forces apparently have scattered in the face of this major military operation but they planted thousands of booby traps and explosives in advance of the NATO advance. Observers say that the Taliban is probably waiting to regroup so they can attack and preclude any plans to stabilize the area and expand Afghan government control and impact in the region.

As part of the operation, NATO forces used transport helicopters to convoy troops directly into Marjah, even as mechanized ground forces spread out beyond the town to secure the larger area. US Marine commanders told the media they expected that somewhere between 400 and 1,000 insurgents (including as many as a hundred foreign fighters) were dug in, inside Marjah. Marjah has about 80,000 inhabitants and it has been described as the keystone of the militants’ logistical activities – as well as serving as a centre for opium-smuggling – in the region.

NATO civilian officials, such as Mark Sedwill, were still cautious about the immediateness of an Afghan government presence, saying “I can’t yet say how long it will take for this military phase to get to the point where we can bring in the civilian support from the Afghan government. We hope that will happen quickly.” But tribal leaders told NATO that they needed to complete this military phase as soon as possible to spare civilian casualties so that the inhabitants will cooperate with Afghan and international forces once the Taliban are gone. Shades of the unforgettable Vietnam War comment, “we had to destroy this village to save it”?

Operation Moshtarak is already set up to be the first test of the new American approach to Afghanistan – a troop surge, a reenergized military approach, a major civilian prsence, and then a much closer relationship between military operations and civilian efforts. Success here may be a shot in the arm for the Obama administration’s Afghan plans; however, the operation’s failure would be a major stumbling block for the Obama administration’s deep desire to wind down this military commitment before it is known as Obama’s War.

For more, read the AP the BBC, the Economist and the New York Times, The National (UAE)