EU promises to help Greece, but not very clear about it

EU promises to help Greece, but not very clear about it 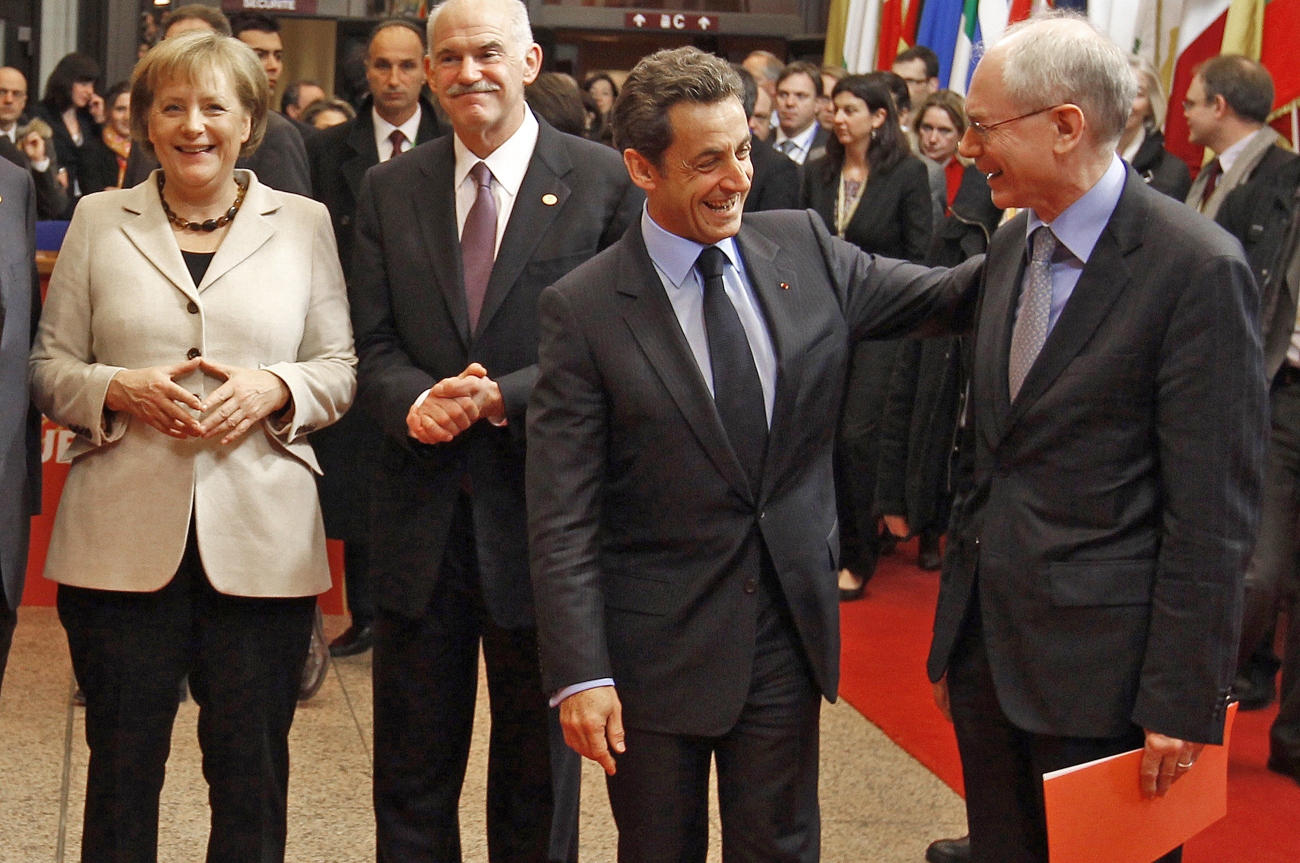 The EU's vague statement on Thursday left financial markets underwhelmed – and then there are all those other PIGS to feed. And as Greece faces  growing waves of strikes, the future is not looking very good for the Eurozone.

Responding to the Greek financial crisis, after a meeting in Brussels, the EU nations announced they are ready to back up Greece’s finances and stabilise the Eurozone. But with little detail, the financial markets failed to give the deal the thumbs’ up.

What is clear so far is that Greece is being told it must tackle its huge national debts, make real spending cuts and lower its budget deficit by 4% this year. This much was clear from the EU leaders’ statement after their Thursday Brussels summit, but the statement failed to specify what  “determined and coordinated action, if needed” actually means.

Putting the very best smear of lipstick on this particular animal, the new president of the EU’s European Council, Herman van Rompuy, stressed Greece had not actually asked for financial aid. And so the meeting’s statement only said: “We fully support the efforts of the Greek government and their commitment to do whatever is necessary, including adopting additional measures to ensure that the ambitious targets set in the stability programme for 2010 and the following years are met. We call on the Greek government to implement all these measures in a rigorous and determined manner to effectively reduce the budgetary deficit by 4% in 2010.”

In response to this, Greek Prime Minister George Papandreou said his country was ready to take the extra action needed to reduce its deficit, although he has a growing wave of strikes back home, protesting against the very measures needed to push down the deficit. And if the Greeks aren’t very happy with this, the solution isn’t all that popular with the Germans either (who will most probably have to pay for it) or with their chancellor, Angela Merkel, who said, well, okay, they’ll help the Greeks, but “there are rules and these rules must be adhered to”. Oh boy.

According to the BBC, other nations like the UK were keener to have the Greeks go to the International Monetary Fund for a rescue, but for the Eurozone, the euro’s reputation as a world currency was at stake and so avoiding a euro meltdown seems to have become even more important than that other problem – moral hazard. Moral hazard, in straightforward non-banker talk, means: No problem. Screw up your economy really well, and Germany and France will have to ride to the rescue and open their piggy banks to save the day. The complicating factor is that the EU’s own rules prevent the Eurozone as a collective from bailing out Greece, so Europe’s leaders have to figure out some other face-saving way to help the Greeks before the line for help starts to form at the left.

For more, read the BBC, the BBC and the New York Times