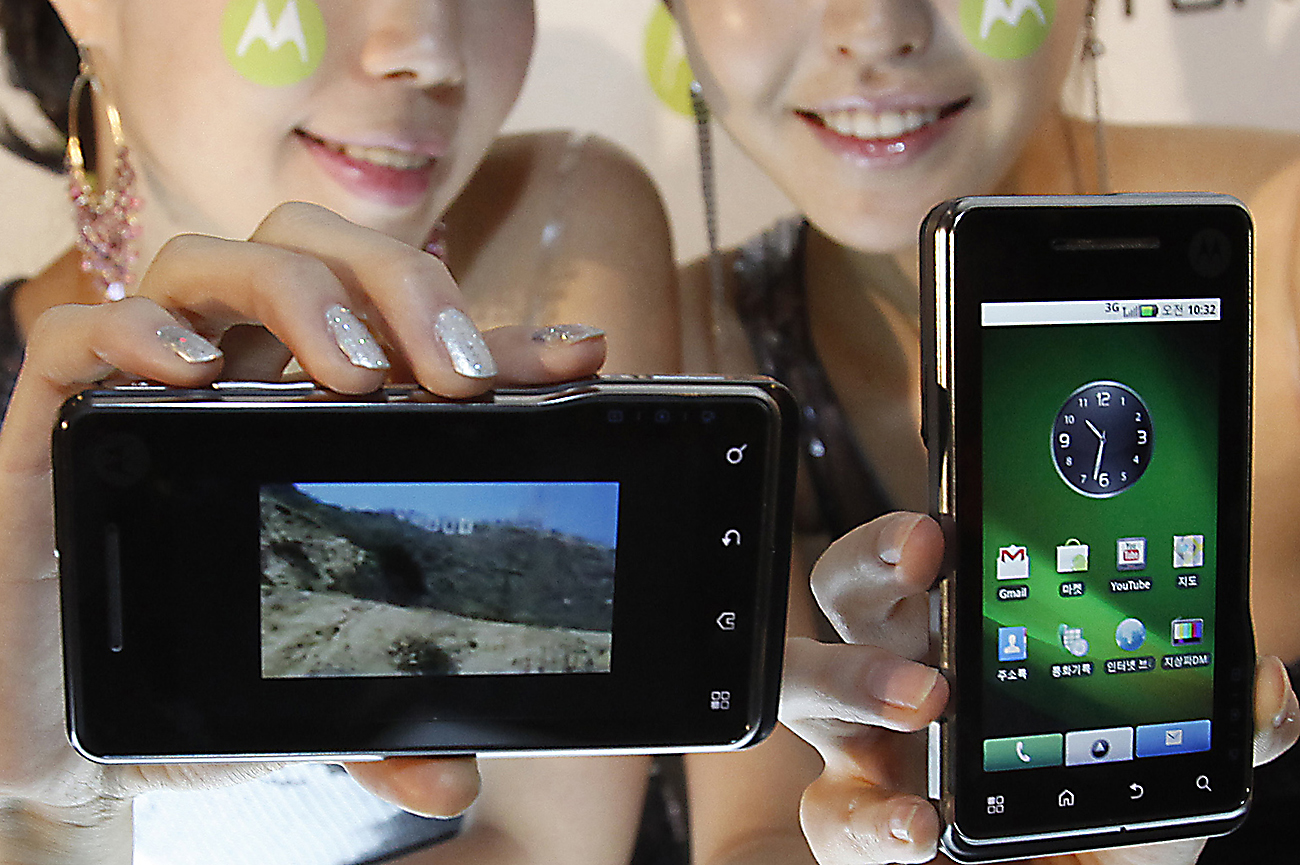 Motorola to split in two companies

Motorola will cut itself in two early in 2011, combining its cellphone and set-top box units into one publicly traded company, while the enterprise mobility and networks division will become a second stand-alone business. The current chief of the handset business will head up the first company, while big boss Greg Brown, who’s co-CEO of Motorola, will head up the other. The “Great Recession” delayed the split until now, but loss of market share to products such as Apple’s iPhone, made the separation vital. The two will still be linked as brain and heart, with the cellphone and set-top businesses owning the Motorola brand, and licensing it free of royalties to the sister company. The market likes it, mostly. Photo: Reuters.

Let’s hope it’s not a bad sign, but Germany’s economy hiccupped in the fourth quarter of 2009 as consumers kept their belts tightened and investment slowed. This was tempered by an unexpected jump in December exports, the fourth successive monthly gain. The country’s statistics office only said exports made a positive contribution to gross domestic product, which was unchanged from a third quarter rise of 0.7%. As Europe’s largest economy, and now the world’s second largest exporter after China, markets are relying on the Germans to pull the eurozone up by its boot straps. Italy’s economy unexpectedly shrank 0.2% in the fourth quarter and Spain slipped 0.1%, while the profligate Greeks saw a 0.8% slide in GDP. A global rebound has helped demand for European exports, but a shrinking job market, expiring government stimulus measures and thorny budget deficits are threatening growth. Germany’s central Bundesbank forecasts GDP growth of 1.6% this year, after the economy contracted 5% in 2009. That’s much better, but the Germans need to sustain it.

The International Monetary Fund forecasts 2010 economic growth of 9.7% in China and 7.8% in India, compared with 1.6% growth in the euro area, and 2.4% in the US, with the global economy set to grow 3.9%. That’s really heartening after the collapse of markets in late 2008. But India might be the one to watch, as December industrial production soared at its fastest pace in 16 years. Factory output, combined with utilities and mines, jumped 16.8% from a year earlier, having gained 11.8% in November. That’s way ahead of an expected 12.4%. Monetary officials say it now looks as if it’s time to roll back the country’s fiscal stimulus, after predicting the economy will accelerate in 2010 for the first time since 2007. That means attention will be turned to controlling inflation and watching the budget deficit. India’s budget shortfall is forecast at 6.8% of gross domestic product for the fiscal year ending 31 March, the biggest in 16 years, so there’s still lots of tightening to be done.

A rush of Chinese listings worth $55 billion has made that country the world’s primary source of initial public offerings this year. Now the New York Stock Exchange and the technology-laden Nasdaq index are competing with Hong Kong and Shanghai in attracting more Chinese firms to market, despite concerns that a bubble may be forming in the nation’s red-hot property market, leading the central bank to review lending rates. Observers say the last quarter of 2009 was one of the busiest for IPOs in years, and they believe the whole of 2010 will follow that trajectory. Private equity companies, venture capitalists, hedge fund managers and global investors are setting up ventures with China’s government to get a slice of the IPO pie. In the last five years Chinese companies raised about $210 billion through IPOs, compared with $184 billion by American firms. In 2009, 11 of the 14 IPOs made on US exchanges were mainland Chinese companies. It’s certainly time to look East to erase the red ink in the West.

Nigeria’s central bank won’t sell off rescued banks in a hurry, but may take the rest of the year to finish deals with prospective foreign buyers. New governor Lamido Sanusi replaced the bosses of eight Nigerian lenders last year, injecting some $4 billion into 10 banks after fraud and bad loans caused debt to hit some $10 billion. Now that financial authorities are cleaning up the country’s act, the central bank will invite foreign firms to take majority stakes in the 10 banks, limiting domestic investors to a 20% stake. South Africa’s Standard Bank, FirstRand and Old Mutual have led the charge for shares, although they face resistance from irate shareholders. But the central bank says some sales will be completed by April or May … hopefully.

Vancouver residents wonder what Winter Games hangover will be like

The 1976 Montreal Summer Olympics took decades to pay off, so the funders of Vancouver’s 2010 Winter Games are wondering if they’ll get their cost of about $5.7 billion back. That’s nearly three times the original estimated funding way back in 2003, so Vancouver has reason to bite its nails. Unemployment has always been a problem in the lumber-reliant province of British Columbia, so its residents are hoping to make the most of their opportunity to show the world why they should visit. Hundreds of thousands of tourists will fill almost 25,000 hotel rooms, and millions of dollars will be spent on tickets, food, drink, consumer goods and souvenirs. The Canadian Tourism Commission’s getting in on the act too, but it’s a huge country and Vancouver’s just a small slice of it so, if there are any bills to be paid, the political temperature will rise as the snows melt.

Microsoft steels itself to take back smart-phone impetus

Microsoft once looked like a real player in the cellphone market, as Windows Mobile ran about 25% of all smart-phones until 2004. But things changed, and Nokia, Apple and BlackBerry’s inventor, Research In Motion, took the lead, which is something Bill Gate’s company now wants to reverse. Next week’s wireless industry conference in Spain will see Microsoft show off its Windows Phone operating system, which it says will be a quantum leap in smart-phone technology. Many PC users are migrating to mobile devices, as a way to read news and emails, or work on Facebook. Sales of smart-phones are expected to more than double between 2009 and 2013, to more than 390 million units, so Microsoft’s positioned itself to handle word processing and spreadsheets sent from PCs. Games, music and videos will also be transferable between Microsoft devices, but many independent software developers have shunned the Redmond, Washington-based firm for the iPhone and Google-backed Android phones. There are more than 140,000 apps for the iPhone, compared with 800 from Microsoft’s online mobile store, so it’s going to take some hard work to make a dent in the market.