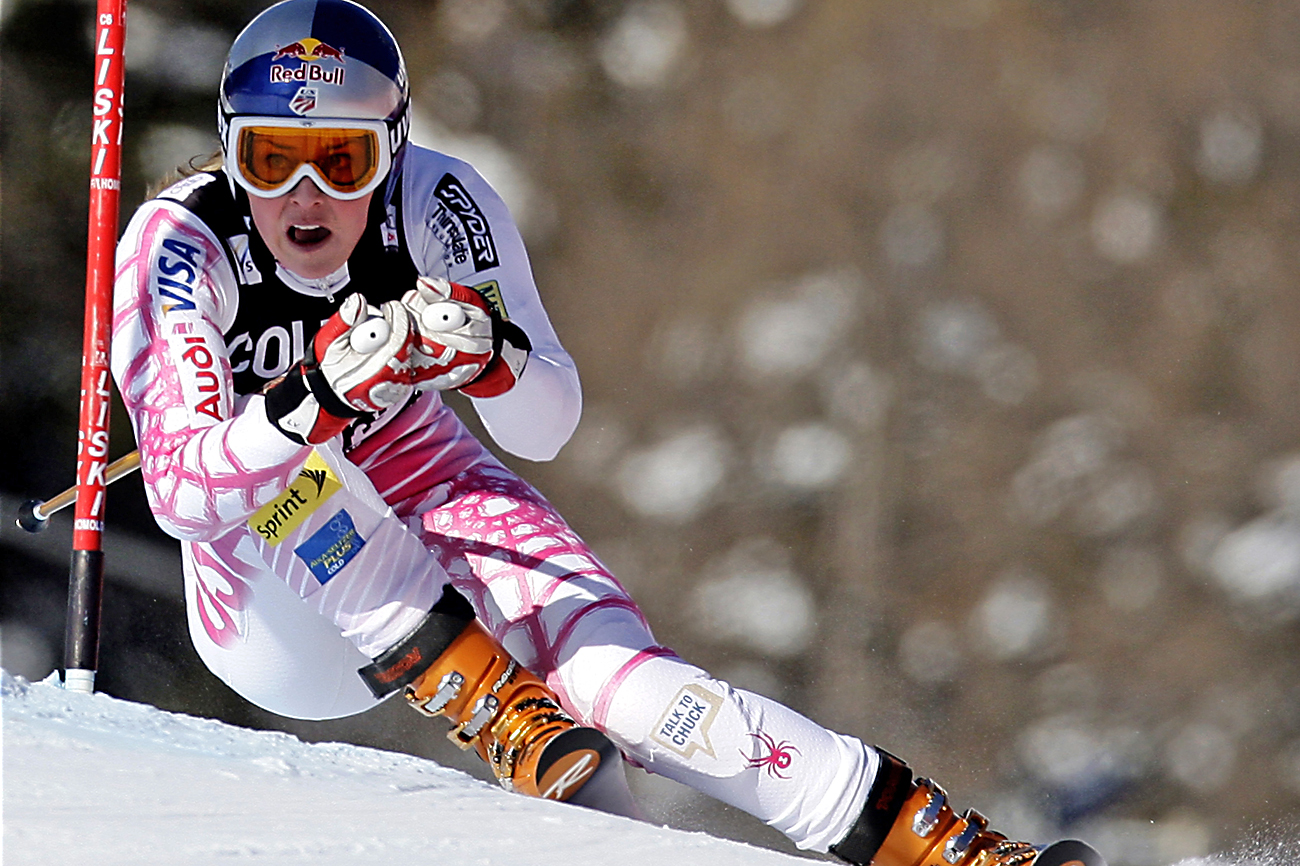 Big athletes pulling out, the organisers clamping down on free speech, an incredibly hectic security situation? Are these Vancouver’s Winter Games or that other event with the round ball down in Africa?

It’s unfortunate but true. The Winter Olympic Games, set to open in Vancouver on Friday 12 February, has had nowhere near the sort of build-up the organisers would’ve liked. For starters, top American skier Lindsay Vonn, the standout face of the 2010 Games – some commentators had even taken to calling the event the “Vonn-couver Games” – announced on Wednesday that due to an injury suffered while training she may not be able to compete.

The two-time defending World Cup overall champion had planned to ski in five alpine events, and was favoured to win a gold medal in at least two of them. Vonn has never won an Olympic medal, but what she has won are some of the biggest endorsements in the history of her sport.

According to Bloomberg, the 25-year-old is making as much as US$3-million a year in sponsorship deals with the likes of Proctor and Gamble and Red Bull. She has featured in Olympic promotions by the NBC network, which has the American rights to broadcast the 2010 Games, and has recently appeared on the cover of Sports Illustrated.

From a marketing standpoint, Vonn’s failure to compete in the Winter Games would be a disaster; worse, by far, than Cristiano Ronaldo not pitching up for June’s FIFA World Cup – the focus on Vonn at the exclusion of other athletes has been intense, whereas FIFA has a host of top-tier stars sharing the load, from David Beckham to Fernando Torres to the now infamous Thierry Henry.

And it’s not the first time that Vonn has been in this position either. As the New York Times noted yesterday: “These Olympic pre-competition periods have not been kind to Vonn, the most dominant female skier in the world the last two years. Four years ago, she seemed star-crossed when she crashed spectacularly in training two days before the downhill at the Turin Games. Just two weeks ago, Vonn was widely quoted after the final pre-Olympic World Cup race saying that she felt fortunate to have escaped the Olympic buildup relatively healthy. No one at the time mentioned that bad things happened in training as well.”

A little less worrying for the organisers, but still big news in the host country, is that Canada’s poet laureate is also unlikely to make an appearance in Vancouver. In fact, in Brad Cran’s case, the no-show is almost certain – the man has publicly charged VANOC, the Vancouver organising committee, with suppressing political activism and free speech, and so has declined an invitation to read poems during the Games.

Amongst other things, Cran cited a certain “muzzle clause” of VANOC’s as a key source of his displeasure. The clause, which instructs Cultural Olympiad artists to refrain from making “negative or derogatory remarks” about VANOC, the Olympics and Olympic sponsors, has been covered extensively in Canada’s most authoritative national newspaper, The Globe and Mail.

“Vancouver is the most politically progressive city in North America with a strong history of political activism which most Vancouverites are proud of,” Cran wrote in a statement. “Rather than finding a way to celebrate these important attributes VANOC has gone the other way and tried to suppress them.”

But that’s not all. On Tuesday, February 9, VANOC’s chief executive John Furlong could be found vehemently defending his committee’s decision to include California governor Arnold Schwarzenegger in the torch relay – this despite the former movie star’s admission in 2005 that he’d used steroids on his way to becoming seven-time Mr Olympia.

“[Arnie] has taken an extraordinary position on the environment and has developed a great relationship with the province of British Columbia,” Furlong told reporters with a straight face.

Add the above to the extensive security arrangements at the 2010 Winter Games – more than 15,000 police officers, military personnel, and private security guards have been deployed to Vancouver and Whistler for the duration of the Games – and the embarrassing incidents that such a concentration of macho firepower is bound to cause – at least one American journalist has already been harassed at the Canadian border – and you could be forgiven for thinking that you were at the year’s other big event some four months later.

But if you thought that, you’d probably be from North America. Because stuff like this is not supposed to happen where you are. Still, based on our past experience, the bad vibes disappear after the opening ceremony. We hope this becomes your past experience too.

Photo: Lindsay Vonn of the US clears a gate during the first run in the Alpine Skiing World Cup giant slalom women’s race in the northern Italian ski resort of Cortina d’Ampezzo January 25, 2009. REUTERS/Stefano Rellandini