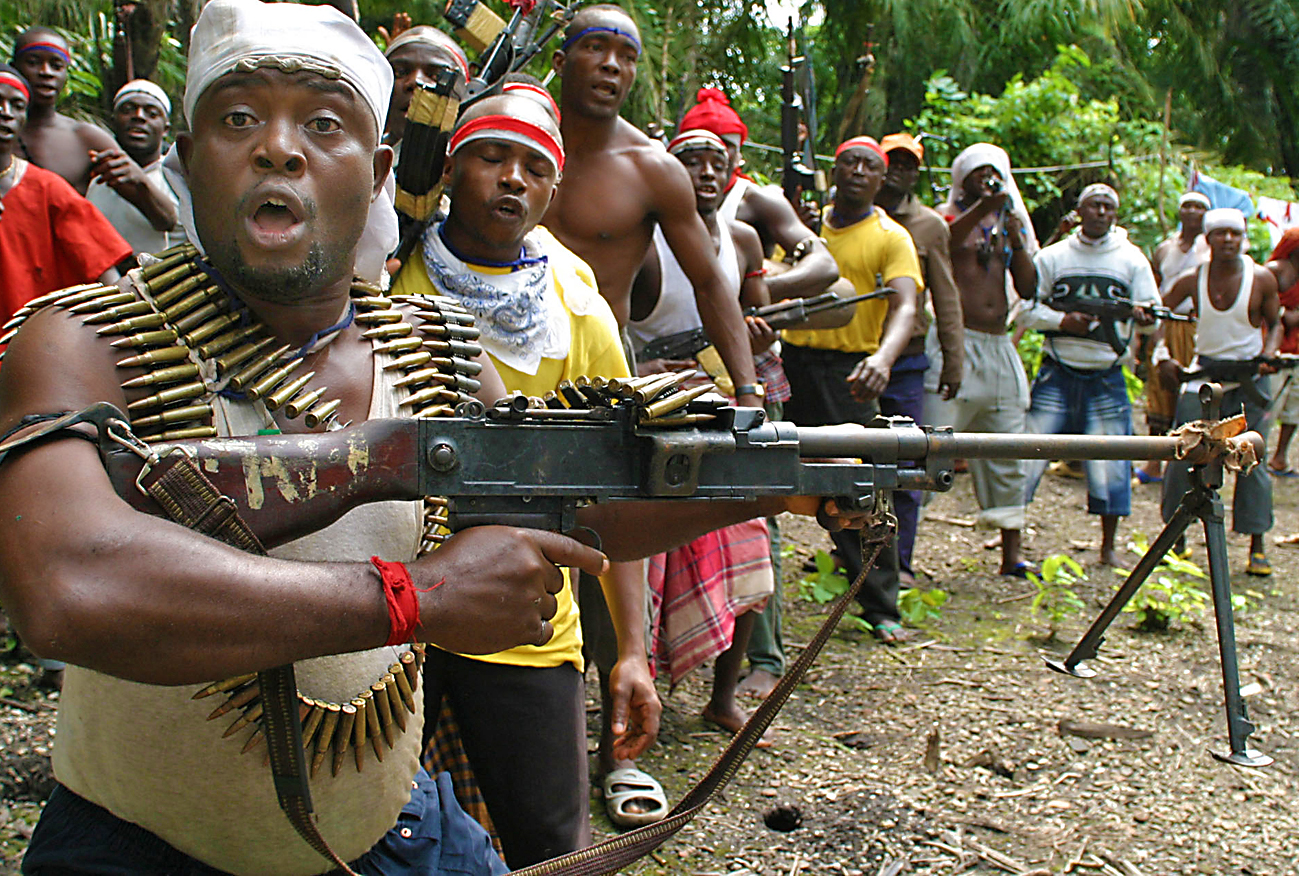 Nigerian militants have warned that vice president Goodluck Jonathan’s assumption of power as acting president is illegal, saying this could foment more attacks in the oil-rich Niger Delta. The Joint Revolutionary Council, a coalition of ex-militants and community leaders in the Delta, say parliament’s approval that Jonathan takes the reins is a ploy by politicians who want to get their hands on Nigeria’s vast oil wealth. Thousands of rebels recently gave up arms after a presidential amnesty promised them education and jobs. However, Nigerian President Umaru Yar’Adua, in whose name the amnesty was granted, has been out the country for months being treated for health problems, leading the militants to believe that all bets are off. They now say they’re more convinced than ever that armed struggle is the only way forward. But they’re also riven by factionalism, and the main militant group, the Movement for the Emancipation of the Niger Delta, has stated for now that it’s watching developments. Photo: Reuters.

Thousands of people are fleeing Somalia’s capital in the belief that a battle between radical Islamist al-Shabaab militants and government forces is imminent. The BBC says hundreds of well-armed insurgents have taken positions in Mogadishu, which houses a moderate Islamist government that controls only a few city blocks with the help of African Union peacekeepers. The government says it’s launching an offensive to take control of the country, claiming its troops killed a senior al-Qaeda fighter this week, who was also a member of al-Shabaab. The group recently said it was joining al-Qaeda’s global jihad. It already occupies much of Mogadishu, and controls large swathes of central and southern Somalia.

Zimbabwe’s dysfunctional power-sharing government faces a bitter showdown in weeks to come over new regulations that will force foreign companies to sell a controlling interest to Zimbabweans within the next five years. Prime Minister Morgan Tsvangirai has declared the legislation null and void because it was published without being reviewed by him or the cabinet. The March 1 deadline is bound to increase tensions between Tsvangirai’s opposition Movement for Democratic Change and President Robert Mugabe’s Zanu-PF, whose coalition government rules in name only. Mugabe signed the Indigenisation and Economic Empowerment Bill into law in March 2008, but foreign investors had hoped that Tsvangirai would be able to repeal the legislation.

Morocco and Western Sahara’s independence movement, the Polisario Front, have opened informal talks near New York on the future of the disputed territory. Formal negotiations broke down years ago, and UN mediators are hoping that the talks will pave the way for the resumption of something more substantive. Morocco is offering Western Sahara autonomy, after annexing the former Spanish colony in 1975. But the Polisario Front, which fought a guerrilla war until 1991, wants a referendum on independence. Western Sahara has fewer than 500,000 people, but is rich in phosphates used in fertilisers; it also has potential offshore oil and gas reserves.

Nigeria’s vice president Goodluck Jonathan chaired his first cabinet meeting as acting head of state, after he controversially took on full presidential powers in the absence of President Umaru Yar’Adua. His first action was to boot out Justice Minister and Attorney General Michael Aondoakaa. The Nigerian Parliament recognised Jonathan as top man in a decision not explicitly backed by the constitution, after Yar’Adua refused to formally hand over power. The move ostensibly has the blessing of the government, after the cabinet and senate were earlier split over the transfer of power. But the removal of Aondoakaa shows this is not so. A Nigerian federal court recently ruled that Yar’Adua didn’t have to formally hand over power, and that Jonathan could perform executive duties, but not be acting president. So, any document signed by him could now be subject to legal challenge. That’s likely to cause ructions ahead of presidential elections due early in 2011, as rival factions in the ruling party fight for power.