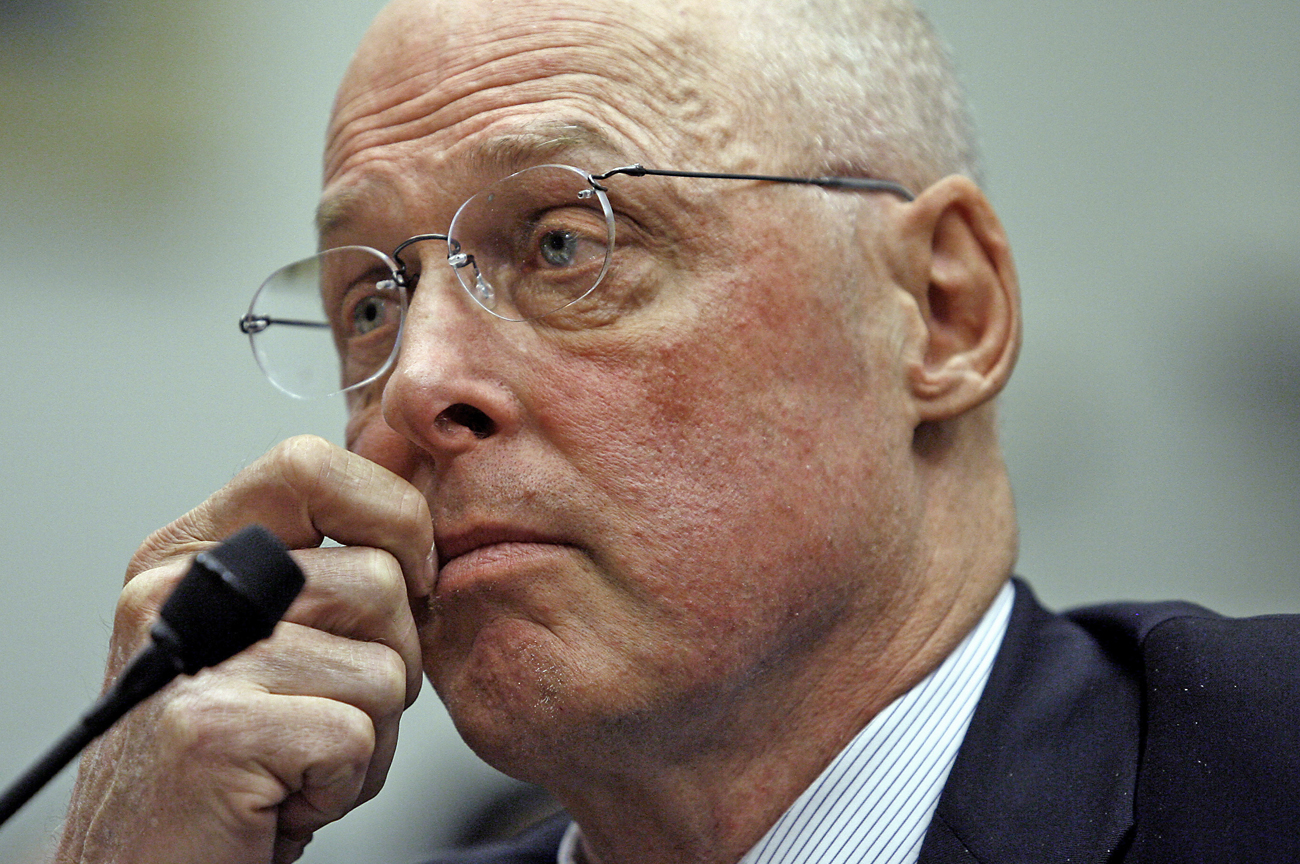 Former US Treasury Secretary Henry Paulson, who started the bailout of ailing US banks, got an $18.7 million cash bonus for his final six months of work at Goldman Sachs in 2006. Now, he says bankers get paid far too much, and that restraint in pay is the order of the day. He told a conference chaired by billionaire fund manager Warren Buffett that if you have losses you’re supposed to bear responsibility. That won’t win him friends on Wall Street, as banks that took billions in taxpayers’ money when markets crashed in October 2008 are now being told to keep compensation in check as profits return. Paulson’s been on Capitol Hill along with many others, answering questions over the nation’s massive bank bailout. He left his career on Wall Street with a fortune of more than $500 million, but last month told Fox Business Network that the CEO of a failing company should be “destroyed… financially.” How’s that for cheek!

It’s getting to be a bad time as a Japanese car makers. While Toyota wrestles with image problems over its recall of some 9 million potentially faulty vehicles, a problem has blown up for its No. 2 Japanese rival Honda, who’s pulling back some 440,000 cars of its own. The company is to replace the driver’s side airbag inflator on the cars because they can rupture, and injure or kill the driver. Honda originally announced the recall in late 2008, with the total of number of vehicles going back to the shop now approaching 1 million. The recall affects its Australasia and North American markets, and includes 2001 and 2002 Accord sedans, Civic compacts, Odyssey minivans, CR-V small sport utility vehicles, and various 2002 Acura TL sedans. Honda says it knows of 12 incidents linked to the problem, with one death. Last month, the famous maker of motorbikes and cars announced a global recall of nearly 650,000 Jazz models for a faulty window switch. A South African 2-year old, Vanilla Nurse, died in a fire that appears to have been caused by such a switch, although a forensic expert said further investigation was needed.

Toyota’s not the only one suffering from its mega-recall. The US National Highway Traffic Safety Administration is also under fire for not reacting properly to years of complaints, and evidence that showed car safety was compromised. While the Japanese car maker is focusing on sticky floor mats and sticky pedals, independent US investigators and consumer groups say faulty electronic systems are likely the cause. In its defence, the NHTSA says it has prompted recalls involving 23.5 million vehicles in the last three years, adding it receives more than 30,000 complaints each year, and takes one business day to review each of them. It’s been credited with dramatically lowering US road deaths, and making seat belts and air bags standard in vehicles. But critics say the agency’s nearly $1 billion budget falls short of what’s needed, and that much of that is disbursed to state and local governments in the form of traffic safety grants. They also say the agency doesn’t have the resources to resolve problems with vehicle electronics. Meanwhile, Toyota’s delays in addressing its problems has led to Japan-bashing and Toyota-bashing, according to Mizuho Fukushima, Japan’s minister in charge of consumer affairs.

Price cuts for Peugeot Citroen cars have stymied a recovery in sales, leading one of Europe’s largest car makers to a much bigger-than-expected second-half loss of $486 million. But Peugeot’s net loss in the period was $274 million, compared with a loss of $1.3 billion in the first six months of the year, and a 1.47 billion loss in the second-half 2008, so things are looking better. Peugeot factories were running at 92% capacity in the second-half, after European incentives to scrap old cars and buy new ones helped sales. But the scrapping of the scheme is expected to shrink the European car market by 9% this year. Peugeot Citroen sales dropped more than 10% for the year, leaving the company to hope that China, now the biggest car market in the world, will continue to grow strongly in 2010.

Greek bonds are flying high, for now, thanks to Germany saying its mulling giving Greece assistance to help beat its $270 billion budget deficit. But analysts warn that German bonds are now under pressure by tying in to Greek risk. Help is at hand, though, from billionaire investor George Soros. He expects Greece will be able to remain within the euro, by qualifying for financing by Europe’s central bank. Greece’s budget deficit of 12.7% is way above the European limit of 3%, but if the Greeks stick to strict conditions for far-reaching state reforms, the Germans say help in the form of bilateral aid, or a European package, will become available.

China’s January imports are up for a third straight month, climbing a record 85.5% from a year ago, as exports rose 21% in a second monthly advance after 13 months of declines. Chinese authorities are trying to move the country toward greater domestic demand, as its massive export base has proven vulnerable during the global recession. Such a shift could see Chinese buyers pushing German exports up by 10% in 2010, after they rose 50% in January from a year before. The new-found power of the Chinese consumer led to Taiwan posting its biggest export jump in 30 years, but the West says China needs a stronger currency, to improve imports and stem exports. Currently China manipulates its yuan exchange rate, rather than floating the currency on the market. As a result it exports far more than it buys, running a January trade surplus of $14.17 billion, which has led to global economic imbalances. But an estimated 20% growth in imports this year, against a climb of 11% for exports, may see the ship settle a bit.

It seems that Google’s main Chinese rival in the local search-engine market is a big beneficiary of its threat to exit China. The head honcho of Baidu says advertising could help it gain much more revenue and net income, after it reported a much better profit for the final three months of last year, compared to the same period a year ago. But not all is roses, as revenues were slightly down from the preceding quarter, and Baidu forecasts revenue growth to stay almost flat in the first quarter of 2010. Google holds a distant second place behind Baidu in China’s massive search-engine market. And its plans to stop censoring its China-based search-engine results could boost competitors in the country.