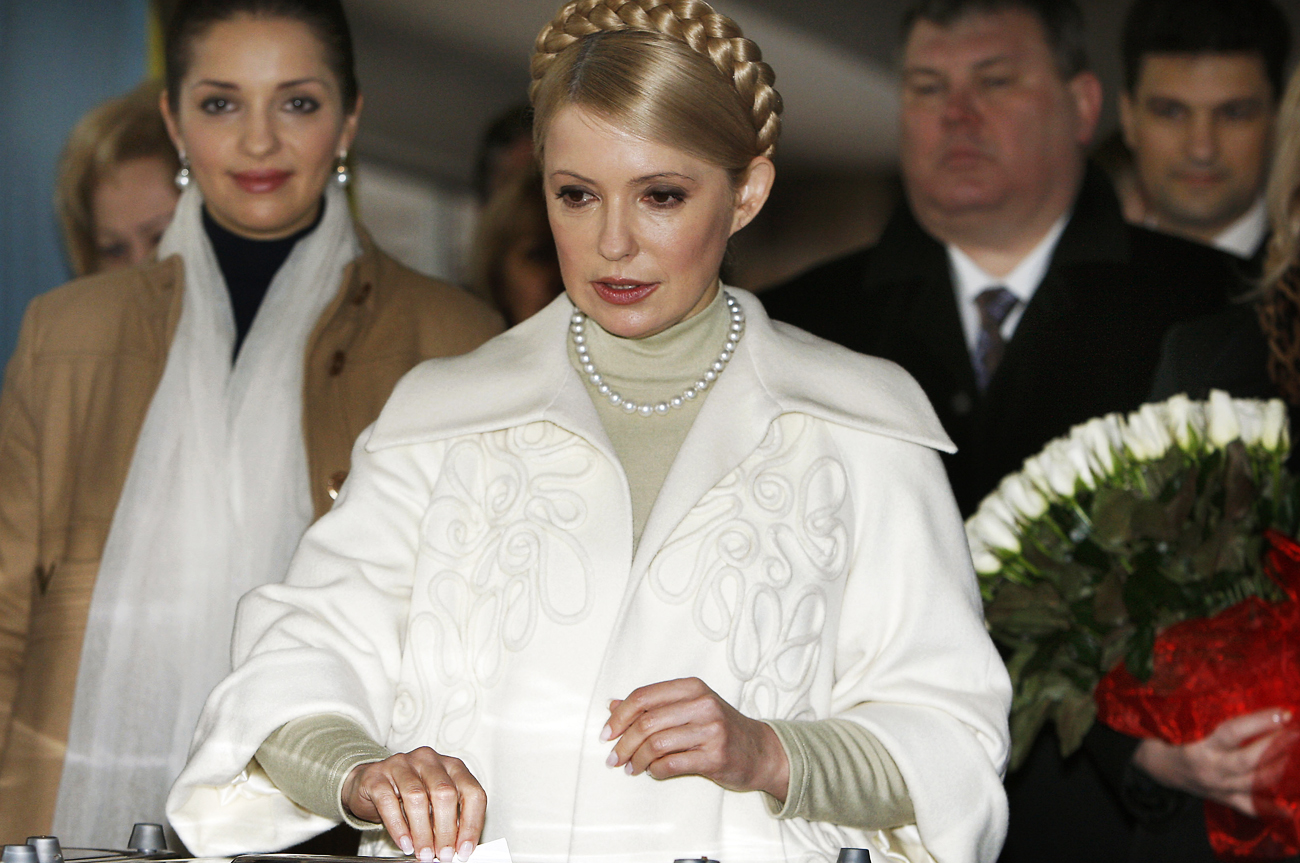 Also today: World markets flip-flop over Greek debt, but on the up again; Iranians seen to want enriched uranium beyond peaceful needs; Sri Lankan parliament dissolved ahead of elections for lawmakers; Chavez flips emergency switch over Venezuelan power crisis; Afghans told to keep their heads down ahead of big Nato offensive; French sell weapons to the other side, again.

Defeated Ukrainian election candidate Yulia Tymoshenko just won’t give up, saying she’ll challenge the results of Sunday’s election in court. She only has herself to blame for being beaten by a man regarded as a former Soviet apparatchik, Viktor Yanukovych. Now, her backers say they suspect vote-rigging in some 1,000 polling stations, despite foreign monitors are saying the election was free and fair. Tymoshenko reportedly told allies she won’t ever accept Yanukovych as the winner. These are words that speak volumes for her style of politics. Despite co-leading the country to democracy through a so-called Orange Revolution in 2004, she then fought bitterly at all turns with her ally, former President Viktor Yushchenko, rendering the promise that Ukraine would join the West and Nato a dream that was stillborn. Observers from the Organisation for Security and Co-operation in Europe have warned Tymoshenko to listen to the people’s verdict. The poll was extremely close, with Yanukovych winning 48.94% of the vote to his rival’s 45.48%, after 99.94% of votes were counted. Yanukovych’s annulled presidential victory in the re-run 2004 elections – a vote marred by widespread fraud – sparked the Orange Revolution. But Tymoshenko’s inability to compromise in subsequent years, has handed her bitter enemy victory on a plate.

World markets flip-flop over Greek debt, but on the up again

It’s not only China’s overheated property market that’s worrying investors. Japan’s Nikkei average crept up 0.5% as blue-chips regained ground after European governments agreed in principle to help heavily-strapped Greece over its $270 billion debt. There’re also questions over the financial stability of Portugal and Spain, who’ve not been prudent over fiscal spending these past years. Markets now seem to be betting that the Europeans will solve the debt bubble, as the Dow Jones index returned above 10,000 points, after slipping below that threshold for the first time in three months. European markets also rose as fears about a weaker euro subsided. Global stocks have rallied the past 10-months, and Greece’s pledge to increase its retirement age, up fuel taxes and accelerate bureaucratic reforms – along with China’s efforts to rein in bank lending – have calmed markets for now.

Western countries are extremely leery over Iran’s stated intention to enrich uranium to 20% purity from the current 3% to 4%, supposedly for use in a medical reactor. Making a nuclear bomb usually requires enrichment to 90%, but experts say the jump from 20% to 90% is subsequently much easier. Whether the Iranians can actually reach 20% and higher levels thereafter is not entirely clear, but its bellicose attitude to its nuclear programme fuels fears that its intentions are far from peaceful. Uranium 235, the fissionable material that provides the energy for a nuclear blast, is rare. But Iran would need only 500 to 1,000 centrifuges to quickly enrich uranium from 20% to that needed for a bomb. Many more of the devices are needed to enrich lower concentrations of uranium, and that it can already do. So far, Iran has been hiding almost everything about its nuclear intentions.

Sri Lankan parliament dissolved ahead of elections for lawmakers

Sri Lanka’s recently re-elected President Mahinda Rajapaksa, who has arrested former ally and subsequent presidential rival General Sarath Fonseka, has dissolved the country’s parliament to clear the way for early elections. Fonseka was head of Sri Lanka’s military, and along with Rajapaksa, decisively ended a decades-old civil war against the rebel Tamil Tigers last year. Since then, the two men have been at loggerheads, with Rajapaksa winning a second term in office by 6 million votes to 4 million in January, the outcome that was rejected by Fonseka. The arrest of Fonseka has opposition politicians saying the government is pursuing a political witch-hunt. New parliamentary elections are due by June, but the country looks increasingly divided.

Venezuela has declared an emergency over hydro-power shortages, after President Hugo Chavez said the country faced its worst drought in 100 years. Despite the nation having huge oil reserves, hydro-electricity generates some 70% of its power. Now, Chavez says smaller and bigger energy users will get a discount if they cut consumption by 10% to 20%, or otherwise face a 75% price rise. Rolling blackouts are already in force in parts of the country. The left-wing Chavez is steadily nationalising large parts of Venezuela’s economy, and investment in critical infrastructure has suffered mightily. South Africans, take note.

Nato is soon to launch a major offensive on a southern Taliban stronghold, saying villagers in Afghanistan’s Helmand province need to keep their heads down. The Americans and their allies are frequently castigated for civilian deaths in the war against al-Qaeda and their proxies, so have now taken to issuing warnings for civilians to flee. But it’s not that easy for those stuck in the middle, as militants are said to prevent people from leaving, and mine surrounding roads. The town of Marjah is the next Nato target, whose population of 80,000 is at the centre of a major opium-trafficking hub that gives the Taliban hard cash for weapons. Nato says it’s got enough resources to feed and house people displaced by the offensive, which is the first big military surge in Afghanistan since US President Barack Obama ordered 30,000 more troops to the country.

French sell weapons to the other side, again

France is enhancing its reputation for selling weapons to anybody and everybody including its own metaphorical grandmother. Now, it’s under fire for approving warship sales to Russia, which has flustered both the US and former Soviet republics. Such a deal would be the first major military sale by a Nato member to Russia, significantly boosting the capabilities of the ailing Russian navy. Reports say France will now sell the newly-assertive Russian government between one and four amphibious assault ships worth some $680 million each. They’re able to carry helicopters, troops, and tanks. In the short war with Georgia, Russia belatedly tried to control the Black Sea coast where Nato warships already were. So, many fear the new vessels would give the Kremlin extra mobility. Maybe Nato should send the French in against their own missiles the next time troubles break out.