09 February: Swatch does better than expected 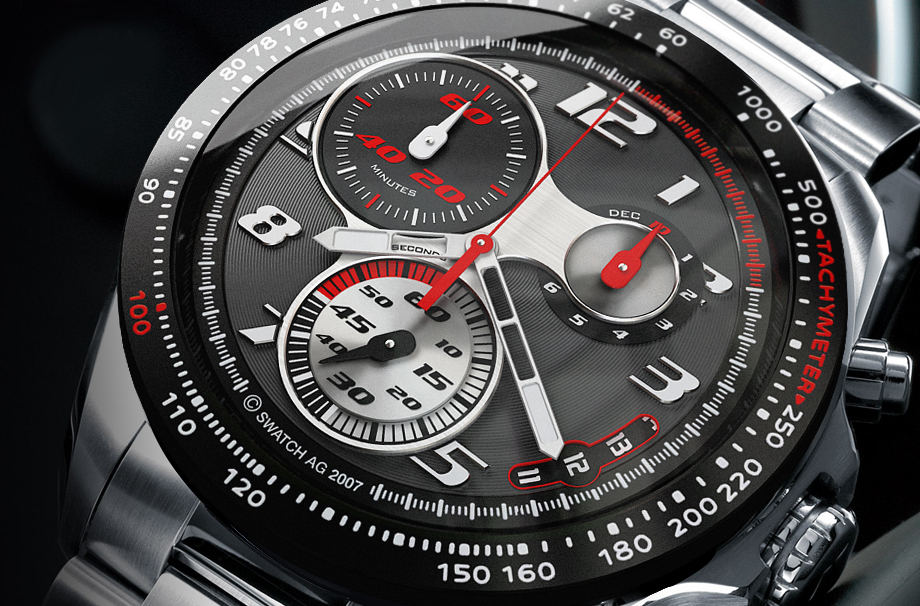 Swatch does better than expected

Analysts watching Swatch will be pleased to see the worlds’ largest watch-seller beat full-year profit forecasts in 2009, despite net profit falling 9%. The 2010 Winter Olympics in Whistler near Vancouver should add some lustre to sales, with the company’s famous Omega brand being the official time-keeper. The upbeat figure comes after Hermes, LVMH and Burberry say they see a silver lining after the worst slump in decades for the luxury goods market. Swatch also retails top watch brands such as Blancpain and Breguet, saying demand has rebounded in recent months.

Goldman Sachs’ Chief Global Economist Jim O’Neill says China’s economic growth is like a fire-breathing dragon, as newly-rich consumers fattened by red-hot bank lending fuel a property boom that policy-makers are watching with concern. But Chinese and Hong Kong stocks are falling after China’s central bank took steps to cool the economy, which grew 10.7% in the last quarter. Chinese authorities recently told banks to slow down lending, but analysts indicate that January consumer prices will rise by the most since 2008. China’s growth is the fastest since 2007, after banks extended $1.4 trillion of credit in 2009, on top of the country’s $600 billion economic stimulus plan after markets crashed in October 2008. O’Neill forecasts 11.4% growth for China this year, and 10% in 2011. That would have most countries salivating, but unless government curbs profligate lending, a hard-landing looms.

China’s secretive sovereign wealth fund has drawn the curtain on its US stock holdings, revealing it’s got about $10 billion of shares in some 60 American firms. That’s not nearly as much as some expected. With $300 billion in worldwide assets, it seems only to have taken modest positions in US companies, ignoring management control. The China Investment Corp. says investments are spread among iconic companies such as Citigroup, Coca-Cola, Visa, Pfizer and Apple. It’s also got a $713.8 million punt on Wall Street investment firm BlackRock, and nearly $500 million in Brazilian metals titan Vale. When the fund was created more than two years ago, many feared the Chinese would buy huge stakes in strategic US sectors such as minerals and steel. Its US investments include a $1.7 billion stake in Morgan Stanley, and $3.5 billion in Canadian-based miner Teck Resources. It’s also got more than $1.5 billion invested in 14 US-based emerging markets index funds, so now everyone knows the Chinese are really spreading their bets.

MPs rattle RBS and Lloyds for neglecting to lend

Beleaguered City stocks Royal Bank of Scotland and Lloyds Banking Group are under fire from British parliamentarians for failing to lend enough to homeowners and businesses. The UK’s Committee of Public Accounts is concerned the partly-nationalised banks will fail to lend an agreed $61 billion by end-February 2010, as part of a legally-binding deal made in exchange for taxpayer support in 2008. Britain’s seeking to unfreeze bank lending after pouring $1.3 trillion of public funds into a banking bailout at the height of the global financial crisis. The two banks pledged to kick-start the nation’s moribund housing market, but their continuing reluctance to lend will see government getting little value back on its 84% stake in RBS, and 43% shareholding in Lloyds.

Toyota president writes to US regulators, promises to quicken response

Toyota’s market woes have led company President Akio Toyoda to promise US transportation officials the world’s largest car maker will respond faster in future to safety regulators. He made the pledge in an article in The Washington Post, after news reports that Toyota would recall more than 400,000 Prius hybrid cars in Japan and the US over alleged braking problems. The Japanese company’s woes started when it halted production of eight US models on complaints of sticky floor mats and accelerator pedals, leading to a worldwide recall of between 7 million and 9 million cars. It’s also checking out its luxury Lexus brand, which shares some braking components with the Prius. For now, everything’s not going right with Toyota.

A Chinese-born aerospace engineer who worked with Boeing and Rockwell International, will spend more than 15 years in jail for giving secrets about the space shuttle and Delta IV rocket to China. China has recently sent manned missions into space, but it’s light-years behind the Americans when it comes to technology know-how and a record of space travel. Dongfan ‘Greg’ Chung says he was only gathering documents for a book, and his defence team has argued that much of the “sensitive” material was already available on the public record. The case comes as the US battles China over trade and censorship, with Google, the world’s largest search-engine company, implying China’s government abetted hackers in accessing the computer networks of some 30 foreign companies. It’s not known if loyalty to his homeland or financial gain fuelled Chung’s motive. But at 73 years of age, the naturalised US citizen will be an old man if and when he gets out.

Swiss bank UBS must be breathing a small sigh of relief after reporting a pre-tax profit of $1.1 billion in the fourth quarter ended December, following a $894 million loss in the same period 2008. But the new CEO Oswald Grueble still has many fires to put out before the bank is restored to health. The profit is the first in more than a year, helped by a tax credit worth $448 million, but clients withdrew some $52 billion in the quarter, up from $34.5 billion in the third quarter, as the bank sought to staunch the bleeding caused by a bitter probe into helping rich Americans dodge taxes. An Italian tax amnesty launched last September also caused the withdrawal of $7.9 billion by Italian clients, leading Gruebel to say that UBS still expects to report outflows for some time to come.