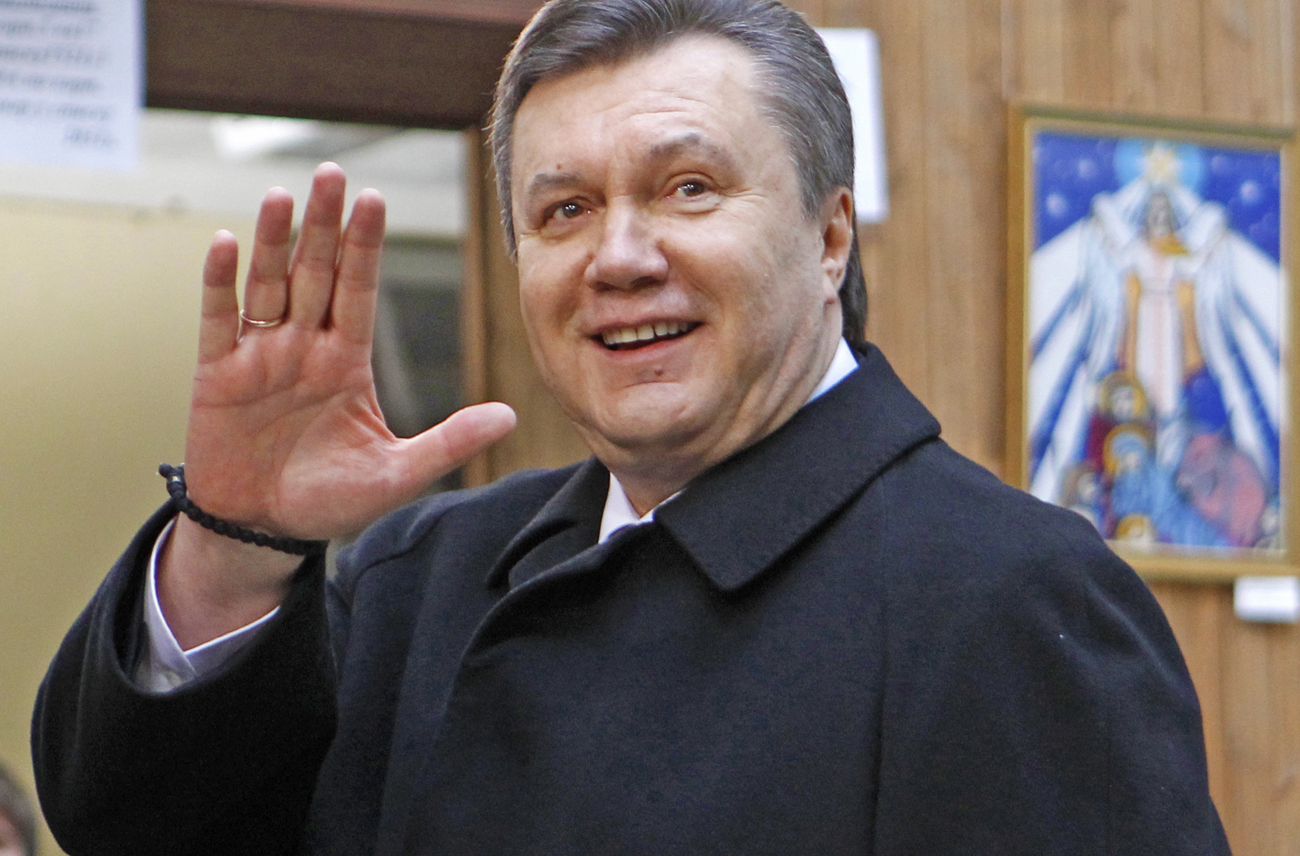 It’s election time in Ukraine, and it looks like pro-Russian politician Viktor Yanukovich is punishing Prime Minister Yulia Tymoshenko for years of bickering with President Viktor Yushchenko, who lost out in first-round voting. A win by Yanukovich may see the country drift back towards the Russian sphere, after he led Tymoshenko 49.6% compared to 44.7%, with 52% of votes counted. Yanukovich has already declared victory, despite his humiliating defeat in the 2004 Orange Revolution, when he was considered a stooge of the former Soviet Union. The Orange Revolution was led by Yushchenko and Tymoshenko, before they rendered it stillborn by subsequently attacking each other. But Tymoshenko has refused to concede to Yanukovich, saying the votes have not been fully counted. There are dangers of mass street protests, as the opposing parties have accused each other of plotting to rig the election. Ukraine has largely thought of itself as part of the West and Nato in recent years, so a lurch back to Russia will be politically schizophrenic. Photo: Reuters.

Days after appearing to agree to allow his country to swap low-grade uranium for enriched nuclear fuel rods, Iran’s President Mahmoud Ahmadinejad says he’s now ordered officials to begin enriching uranium at a rate of 20%, up from the current 3% or so needed for nuclear-power generation, breaking all momentum from years of talks. Ahmadinejad’s move will add to international fears over the country’s intentions for its nuclear programme, and led US Defense Secretary Robert Gates to call for the international community to stand together and sanction the Iranian government. But Russia and China have spent years filibustering any UN-backed accord, despite recent moves to acknowledge that Iran is a threat to peace. Ahmadinejad is quoted as saying: “God willing, 20% enrichment will start”, without giving a date. The world should say: “God forbid it does.”

Washington DC blacks out under snow

Washington DC and nearby states are blacked out after a blizzard blanketed the area with record snows, leaving some 300,000 homes without power. The nation’s capital has seen one of the heaviest snowfalls in decades and, along with Virginia and Maryland, has declared an emergency, which allows the National Guard to help out. Another 250,000 people in Pennsylvania and New Jersey have been hit by blackouts, but utility companies have warned that it may take a few days before electricity is restored. That’ll put a run on the sale of home-based generators and, meanwhile, will leave a lot of people feeling very cold, hungry and frustrated.

It’s only by putting a twist on the secret that dare not speak its name that a Mexican lesbian couple has been able to keep their six-year-old daughter safe from Mexican law. Only the girl’s biological mother is her legal parent, but Angela Alfarache and Ivonne Cervantes won’t say who gave birth to her because they claim that both are her mothers. But they may be saved by a new law. In March, Mexico City will allow same-sex couples to marry and adopt children, despite fierce opposition from the Roman Catholic Church, which has asked the federal government to intervene. The Church says that the notion of family is under attack by making homosexual unions the equivalent of marriage between a man and a woman. We thought they’d say that.

The New Orleans Saints have come marching home, winning their first ever Super Bowl, and putting the spotlight back on the city for the first time since Hurricane Katrina drowned it out. Their 31-17 win over the Indianapolis Colts in Miami gave them a prized National Football League title in their 43rd attempt, which will have Bourbon Street erupting and give the famed jazz metro much-needed media exposure as its residents try to rebuild their water-logged lives. The Saints fought their way back in the second half, after trailing 10-6 at halftime, ending up runaway winners. It’s great for grid-iron football, but even better for a city that had almost been washed off the map.

Presidential wannabe and moose-killer Sarah Palin says it’s “absurd” for her not to consider running for president in 2012. There are many who would say the opposite. The former Alaska governor and 2008 Republican vice-presidential nominee says she’ll run for president if she believes it’s right for the country and for her family. That’ll tug on a few bi-partisan heartstrings, as family has always been an overt consideration in running for the nation’s highest office. When Fox News asked her if she knows more today about domestic and foreign affairs than she did two years ago, she said “I would hope so”, claiming her focus has widened since she was governor of the icy wastes up north. The whole world will now hope so too, after Palin appeared on Fox News Sunday. She’s a paid contributor to the station, which means it’s not really a news broadcaster, but a Palin PR machine. It’s not only the arctic moose who should be running for cover.