Die Antwoord: how an Afrikaans zef-rap trio electrified the planet 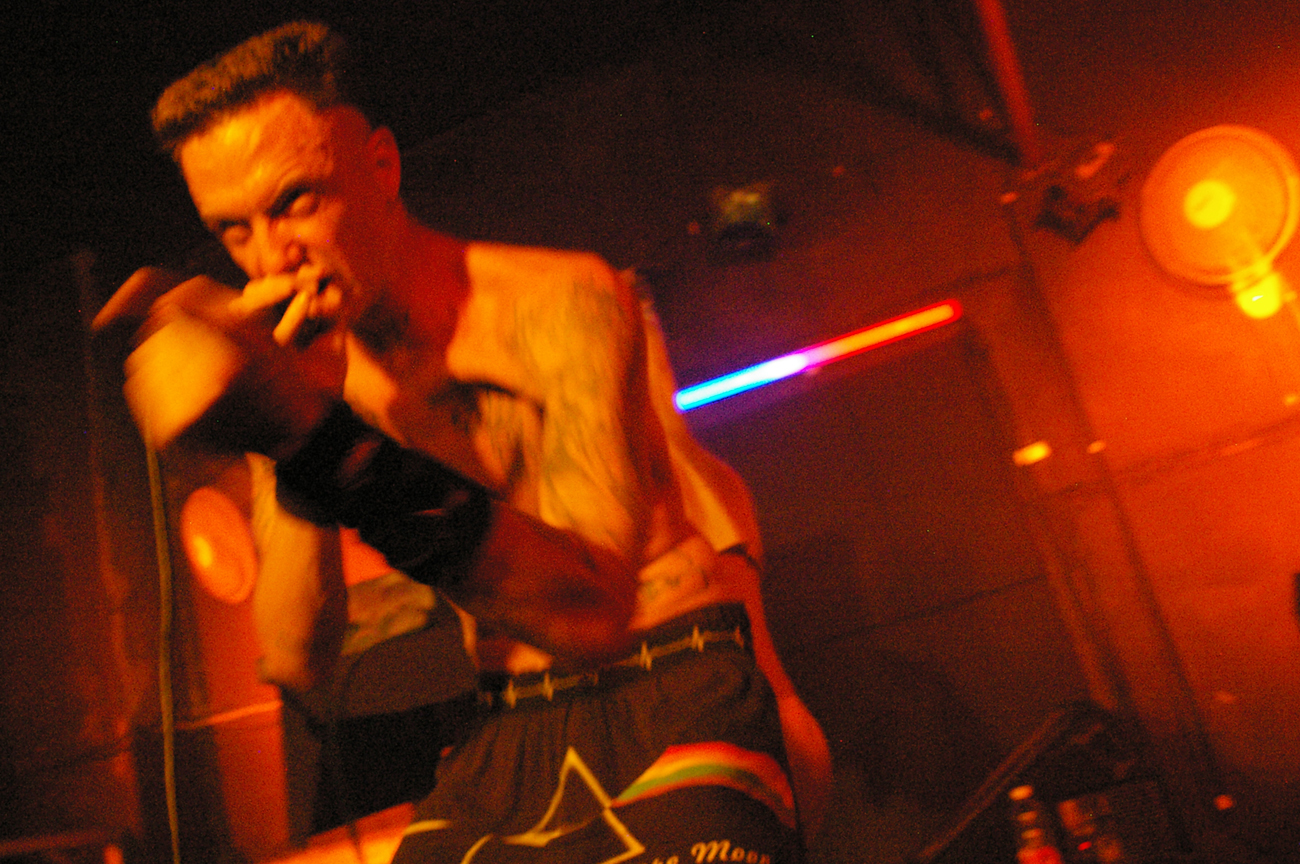 What’s the answer? We don’t quite know, and neither do Die Antwoord, South Africa’s new global music phenomenon, but we do know the question – why’s everyone loving our creative artists right now?

At Oppikoppi 2009 – the insane music festival in the veld, which last year was branded “Smoorverlief” – the craziest night by far was the last one, when Afrikaans zef-rap outfit Die Antwoord hijacked the stage. I was standing near the back of a crowd that easily numbered six thousand; all the way to the front there were arms pumping the air and people screaming in off-the-hook abandon. On stage were two tall white men and a diminutive blonde chick, who was swearing at everyone. The standout track was “Wat kyk jy”, which has Watkin “Waddy” Tudor Jones aka the Ninja (formerly known as Max Normal) asking the questions, and Yo-landi “Rich Bitch” Visser (the tiny blonde) answering.

Not exactly highbrow poetry, but just the sort of lyrics to articulate the subtly off-colour disaffection of the average University of Pretoria student. The track is at once an angry screed, an ironic social comment, and a fall-down-funny in-joke for twenty-something South African malcontents.

Brilliant as their Oppikoppi performance was, though, there couldn’t have been too many fans in the audience who would’ve guessed that six months later Die Antwoord would go global. On February 1st Boing Boing, the biggest blog site on the planet, posted two of the band’s music videos – “Zef Side” and “Enter the Ninja” – to their homepage. “Since that BB post went up, boom! goes the internet,” wrote Xeni Jardin, who put together the original blog, a few days later.

At the time of writing, “Zef Side” has accumulated 156,226 views on Youtube. The video opens with Waddy, Yolandi and DJ Hi-Tek (the group’s third member; the quiet one on the beats) being interviewed near their homes in Cape Town’s suburban Afrikaans belt. “DJ Hi-Tek lives with his granny,” explains Waddy, “and then I live with my mom and dad down the road, and then Yo-landi is the next-door neighbour.” After these cosy introductions, the video kicks into the track proper – and there, for all the world to be blown away by, is Die Antwoord’s signature mix of crunk, grime and Cape Flats patois.

The UK’s Guardian newspaper, which picked up on the story in a flash, interprets Die Antwood like so: “An unhinged hotchpotch of Euro dance, snap beats and rapid-fire rapping, zef is a sweat-stained South African cousin to the UK’s own white, working-class rap variant. It’s District 9 donk.” Which means, I guess, that they like it. They appear to like the blonde quite a bit, too. “Ninja’s partner in rhyme is the astounding Yo-landi Visser, whose eerie singing voice and potty-mouthed rapping pitches her somewhere between Liz Fraser and Peaches.”

Similarly, across the Atlantic, New York magazine commanded its readers: “You must hear ‘futuristik rich bitch’ Yo-landi Visser’s voice. The female member of South Africa’s ‘rap-rave’ group Die Antwoord has one of the craziest, best voices we’ve heard in a while…hear her, along with Ninja and DJ Hi-Tek, on the infectious ‘Wat Pomp’.”

The track to which this cooler-than-thou magazine refers is indeed a stonker, and Yo-landi is on top form with lines like “Staan terug boetie ‘cos I spoeg when I spit shit” – clearly, the gunfire alliteration alone is enough to hook people who have no clue what she’s saying. What international audiences also won’t completely get is that “Wat Pomp”, along with most of the tracks on Die Antwoord’s new album (called, weirdly, $0$), draws deeply on the idioms of Cape Flats street culture. In this, Waddy, the creative force behind Die Antwoord, can be compared to Eminem – another whiteboy rapper who successfully appropriated the energy and anger of the black ghetto.

It’s controversial as hell, and music industry types who know and remember Waddy from his Max Normal days have been saying that the man is playing in incredibly dangerous territory – literally and figuratively. But it’s obvious that Waddy has immersed himself in the Flats, that he’s moved his mind and (sometimes) his body there, and that he believes fully in the authenticity of what he’s found.

Is it right that a white man born with the name Watkin Tudor Jones takes and manipulates the language of the Flats? Given that the history of music is based on creative borrowing and the exchange of influences, the question is irrelevant. More to the point is how Waddy dismisses a one-man genre that (until now) has been the most successful in all of Afrikaans music: “Fok Steve Hofmeyr.”