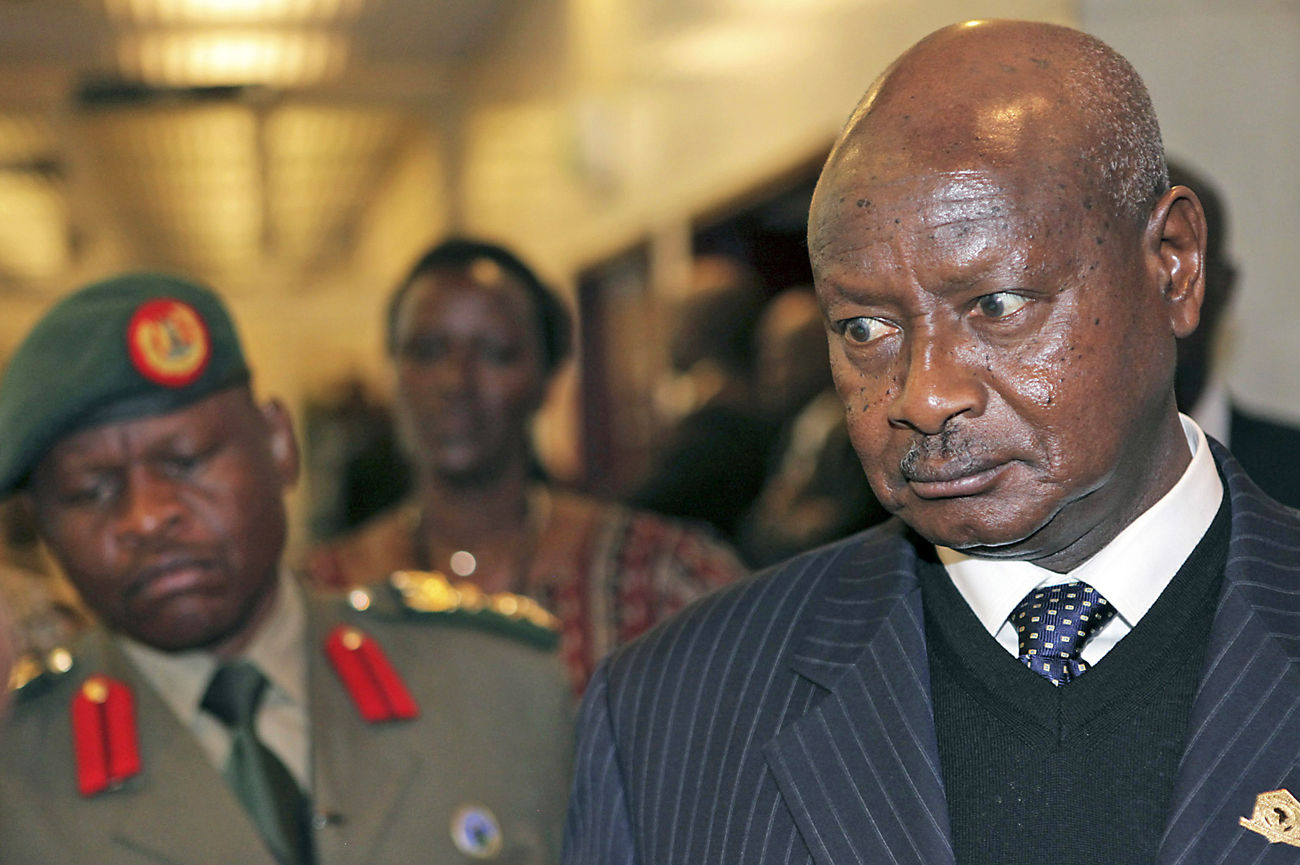 Uganda’s proposed anti-gay law has been denounced by US President Barack Obama as “odious”. The draft law, which was presented as a private members’ bill last year, says gay, lesbian, bisexual and transgender relationships should be punished by life imprisonment, or in some cases, the death penalty. In addition, any Ugandan’s failing to report the identities of such persons within 24 hours could receive a prison sentence of up to three years. In an Orwellian statement, Uganda’s ethics and integrity minister said a revised law would likely limit the maximum penalty for those convicted to life in prison rather than execution.

At first, the two-month absence of Nigerian President Umaru Yar’Adua split the country’s cabinet and senate. But now it’s split the cabinet, too, after Nigeria’s information minister urged colleagues to accept that the president was no longer fit to rule. Reports say Dora Akunyili’s motion was shouted down. Yar’Adua has been in a Saudi Arabian hospital for heart problems, and his time away has fuelled fears of a power vacuum in the vast and ethnically diverse country of some 140 million people. The minister tabled a memo requesting power be handed over to vice president Goodluck Jonathan. To all intents and purposes, that is already the case, but Yar’Adua hasn’t formalised the transfer of power. Several court cases have ruled differently on the issues, the latest being a federal high court ruling that there’s no constitutional requirement for the president to hand over power, but that the vice president can act on his behalf. The president’s absence has led to a number of street protests in Lagos and Abuja. Nigeria is split between a Christian south and Muslim north, although the country’s politics are much more complex than that. But some mice seem to want to play while the cat’s away.

The World Bank’s private sector lending arm, the International Finance Corp., will invest more than $2 billion in sub-Saharan Africa in the 2009/10 fiscal year, according to Reuters. The money will be invested by the Japanese government, to restructure banks in four African countries. Last year the body pumped $1.8 billion into the region, and hopes a final figure this year will eventually be around the $2.5 billion mark. The IFC sees a silver lining to the investment prospects of African markets. The body is also negotiating with sovereign wealth funds to invest in Africa and Latin America. The World Bank forecasts 2.5% growth for Africa this year, and 4.1% for sub-Saharan Africa. Good news, indeed.

New York-based rights group Human Rights Watch, says Libya must lift its blockade of opposition websites and Internet sites such as YouTube, after Tripoli began a crackdown late in January on foreign-based websites reporting on Libya. It’s a shame that little has changed in a country that once was considered a prime sponsor of global terrorism, especially after it gave up a programme to develop weapons of mass destruction and normalised relations with the Western world. It appears that some apparatchiks in the nation’s government want a return to the old days of total media control. Just this week, members of the country’s regime ensured that Libyan leader Muammar Gaddafi’s pro-Western son, Saif al-Islam, didn’t take up a top government job.

The judge in Zimbabwean politician Roy Bennett’s terrorism trial has ruled that incriminating emails can be used as evidence against the treasurer of the opposition Movement for Democratic Change party. Prosecutors say the emails prove Bennett had contact with convicted arms dealer, Peter Hitschmann, and that he plotted to overthrow President Robert Mugabe. Bennett, who was supposed to have been sworn in as a deputy agriculture minister in the country’s power-sharing government, denies the insurgency, banditry and terrorism charges, for which he could receive the death penalty. State witness Hitschmann earlier claimed he was tortured to implicate Bennett, leading Judge Chinembiri Bhunu to say that testimony obtained by torture was inadmissible. But he subsequently ruled that the emails could be led as evidence, as they allegedly show contact between Bennett and Hitschmann. Bennett’s lawyers say they were not allowed to show the court how easy it was to fabricate the emails, after Hitschmann denied having any contact with Bennett, and said the emails were fakes.